The student body has become more diverse, but what about the staff? 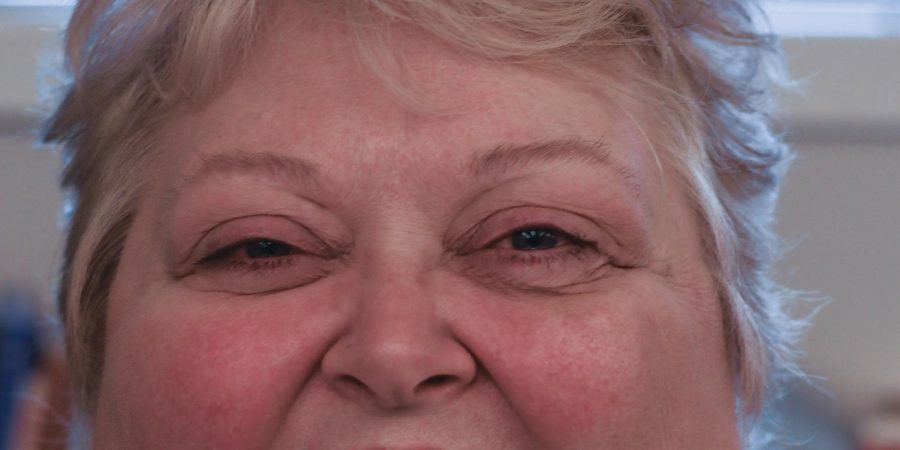 With only a quick look around the school, every student and staff member is visibly different in gender, race and age. Within that, every single person has less predictable differences in religion, sexuality, political beliefs and much more alongside that.

The Department of Education released statistics on a similar topic in 2016. In 2012, 51 percent of students in public elementary and secondary schools were white, 16 percent of those students were black, 24 percent hispanic, five percent asian or pacific islander, one percent American native and three percent were two or more races. These numbers are predicted to fluctuate by 2024, with 46 percent of students being white and 54 percent, more than half of students, as people of color (POC).

However, teachers are less diverse in terms of race. Across the country, it was reported that in 2012 around 80 percent of teachers were white, and one could assume that the general staff at MTHS could reflect that.

If students at MTHS are accurately compared to student numbers all around America, the ratio of POC students to POC teachers isn’t really comparable.

“You’ve got all kinds of diversity [in students], based on the stats, just looking, it’s not represented [in staff],” paraeducator and ontime graduation coordinator Jose Aguiniga said.

While students may not be as represented through race, Aguiniga said that isn’t the most important thing.

“[MTHS staff are] great people and they care about the kids and they want to work hard for their students. If anything, I think that diversity would be nice, but I would say that from what I can see, we’re trying to step towards that,” Aguiniga said. “It’s predominantly white-American, not to say that that’s bad, that’s just what it is.”

Political standings is only one of many touchy subject when it comes to school. While teachers are able to state their views, there is a fine line between stating your view and pushing it on students.

“We’re supposed to keep church and state separate and most of us are pretty responsible about our political beliefs, we try not to say anything too strongly one way or another because we don’t want to be offending students,” psychology teacher Kimberly Nelson said.

The amount of students a statement could offend are arguable though, as data from the 2016 mock presidential election gave more correlation to the schools political beliefs.

“I think [the ratios between students and staff] are pretty close because there’s definitely people of all ilks politically in our building, students and staff. So, I think that’s probably one of the areas where we are a little more connected,” Nelson said.

Nelson was pretty close on her assumptions in the way that MTHS has more of a left-leaning staff, but the ratios weren’t as similar as one could assume.

In this, it shows that the staff has a lot more of an independent political belief than the student population appears to.

Oddly, most of the other things that define a person’s identity are hard to come by. Whether it be sexuality, religion or political beliefs, non-visible identity characteristics aren’t something that many teachers share.

In fact, in MTHS, 30 percent of people we’re wanting to have some sort of anonymity, whether it be total anonymity, or not wanting to be interviewed on the topic of diversity in MTHS staff.

“It’s just a lot of things going on, so once you attach your name to it, your comment could be misinterpreted, especially as a staff member at a school. You have to be careful with everything you do, you have to represent the school, but at the same time you have your own beliefs and you’re not always allowed to share your beliefs because you work with kids,” Aguiniga said.

There are countless reasons why staff members may have wanted to remain anonymous when sharing their views.

“That depends on their community within the school. There are just different reasons why people may hesitate to respond,” Nelson said. “If you’re in a department or group that’s very conservative or very liberal and you’re the opposite, you’re not gonna want to say too much.”

When looking through the individual responses, which aren’t shared due to anonymity, there was a small correlation between staff that wanted to remain anonymous and having a sexuality other than heterosexual.

“I would say that [they] just worry about being judged. People your age, you’re in support circles with your friends and stuff in which you have a lot of support and encouragement,” Nelson said.

Nelson also said that generational differences could be a cause.

“Anybody who’s gonna be fifty and older was raised in a time where you have to be really careful who you tell you’re gay. Even though it’s socially acceptable within our community, they’re still living with how they’re raised,” Nelson said. “Most of you, you’re generation, it’s gotten a lot easier, it still is a huge struggle for a lot of people, their families and such.”

Overall, the Edmonds School District has been making moves to try and diversify school staff, while also picking staff based on experience and how well they could fit into the MTHS community.

“I have absolutely no complaints from our admins on gender or culture issues, but they’re all white males. That was an issue when we hired Mr. Schwab and we had two white males already in place,” Nelson said.

Nelson, along with other staff members, are excited to see diversity in MTHS, but know that the job is dependant of who applies.

“I understand [that] what the stats show is true, it’s mostly white-american, but I also want to say that one of the reasons I do like working for this school is that, this school district in particular, I do respect that they’re trying to move, they’re being more culturally aware,” Aguiniga said.

Nelson also believes that the school is already very diverse, even if it isn’t as noticeable.

“Just because the obvious differences are color of skin or sexual gender, there are so much diversity within a group of people that is huge, even with people that get along well, there’s huge diversity,” Nelson said. “I love the way diversity is happening and it’s becoming more and more diverse in so many ways, I love it. It’s probably the most exciting things that’s happened for me as a teacher.” 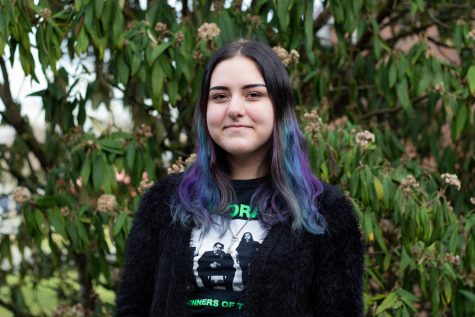 Sierra Clark, Graphics Editor
Sierra Clark is a senior and currently the Graphics Editor for the Hawkeye; however, she has previously held other leadership positions in order to further her knowledge in the journalism field. This year, Sierra wants to explore new branches of news media while making sure the graphics department runs smoothly and produces professional work. When not doing work for the Hawkeye, Sierra is involved in social and political activism when she's not at concerts.