My year in Japan 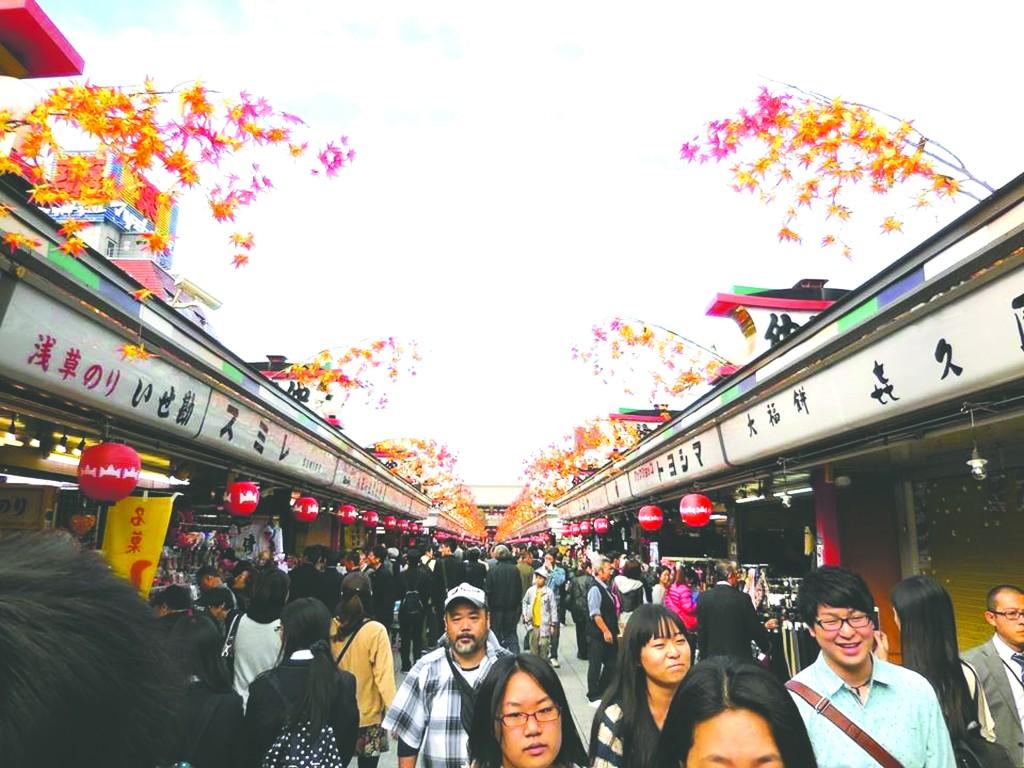 Almost one year ago, I, along with 30 other students, began a journey to the Land of the Rising Sun. I alone however, to use my aunt’s words, was ‘returning to the homeland’. Nearly 60 years before my grandmother had left Japan, and now here I was, going back.

I had no idea what to expect.

Japan is a fusion of ancient traditions and high tech lifestyles, venerated temples and towering skyscrapers. However, following in the advice of AFS (the exchange organization I traveled with), I let go of expectations and prepared for impressions.

Although the flight from Los Angeles to Tokyo was an arduous 14 hours, every minute of it was exciting, each passing second was bringing us closer to Japan, a destination we all longed for.

For some, Tokyo was where they would be living out their stay in Japan. For me, it was just a short stop on my way to my final destination of Sapporo, the capital city of Hokkaido, Japan’s northern island. Sapporo is known for a few things; for one, hosting the winter Olympics in 1972, and for another, the world famous Sapporo Snow Festival.

After a three-day stay in Tokyo, I, along with six others, boarded yet another jet for a one hour flight to Hokkaido.

Once we landed, I saw my host family almost right away. My two host siblings were waving a giant banner with my name written in Katakana, one of the writing scripts used in Japan. I already had a feeling of welcome growing inside of me, despite lack of language skill. If I had any doubts as to whether this was a good idea, they were all blown away. I was certain that this was the right thing to be doing, and that I would love every minute of it.

To give us some time to adjust to our new live in Japan, most of the exchange students had approximately two weeks before school was to start. My two weeks seemed to pass instantly, and it wasn’t long before I found myself making my daily journey to and from Moiwa High School  (the school I attended during my exchange).

Initially, I admit, I was nervous. Here I was in a country I hardly knew the language of, surrounded, for the first time in my life, by people who couldn’t speak English. The nervousness was dispelled soon after.

In Japan, it is not uncommon to see people from other countries. However, to interact with one is extremely rare outside of Tokyo and Osaka, and even then it isn’t an everyday occurrence.

Even though there was such a large language gap, my friends and I worked through it. My very limited Japanese, their limited English and some very bad drawings combined to make a makeshift means of communication, which helped forge friendships through quite a number of fun misunderstandings.

In Japan, schools are organized differently than those in the United States, perhaps the largest difference being the way classes are taught. In Japan, rather than students moving classrooms for each class, the teachers do. As a result, you are with the same 40 students throughout the year, making it easier to form stronger friendships in a shorter amount of time. This proved to be quite a relief, and a boon for me.

Something else that was quite agreeable with me was the fact that school didn’t start until 8:35 a.m.! The counter weight to this however, was that I lived an hour and a half away, so the benefit was largely cancelled out.

Additionally, there are no school buses in Japan. You are responsible for getting to the school that you tested into (high schools in Japan have entrance examinations).

Most of my friends lived a good distance from the school as well, relying on Japan’s highly developed mass transit system.

Some took trains, subways, buses, or any combination of them.

Personally, my commute consisted of a bus, subway connection, and a final bus, which then dropped me off in front of my school (at a bus stop named for it).  Though the total time was approximately an hour and a half, surprisingly, I enjoyed it.

Seeing that my language skills weren’t good enough to participate in most classes, my time at school was spent studying Japanese, which I believe greatly contributed to my language acquisition. The classes I was able to participate in were P.E., Calligraphy and language assisting in my English classes. As for my after school activities, I participated in the tennis club which met everyday (weekends included!). The everyday aspect of tennis, which was a blast of familiarity of the U.S., was very helpful. It gave me a large common ground with a lot of people who I quickly became friends with.

Also, in Japan, school goes year-round as opposed to seasonal like in the United States. Their school year begins in April and ends in March, though there are quite a few breaks spread throughout the year.

In the summer, there is approximately a month of break, and in winter about another month (though it doesn’t begin until Christmas).

There are also various three or four day weekends throughout the year. Overall, they get at least the same amount of time off than we do.

All across Japan, schools take second-year high school students on what they call a school trip, which is essentially a massive field trip.

For me and my school, our trip began on a cold October morning at Shinchitose Airport and involved taking us from Sapporo down to the main island, Honshu.

On Honshu, we did some sightseeing in Asakusa, a district of Tokyo, and then we went to Tokyo Disneyland, took the bullet train (Shinkansen) to Kyoto for sightseeing there, and finally went Nara.

In my eyes, the trip began at about 6:30 a.m. when the bus to the airport left from my school. My friends and I were giddy with excitement.

For some of them it was the first time they had ever been to Tokyo, but for all of us, we were essentially going on a week-long vacation with all our friends, and with minimal supervision.

We had free roam while in hotels, in Disneyland and while in Kyoto.

After we had all gathered at the airport, they passed out the tickets and we boarded our flight to Tokyo (which happened to be a Disney-themed jet). Thinking back on it now, they probably bought out an entire flight for our group of over 300 students to be on one plane.

It was also rather impressive how they managed to herd us all where they needed us to be, considering how excited we were.

Once arriving in Tokyo, they squeezed us all onto buses, which then took us off to Asakusa, and later Akihabara (Anime, Manga and Electronic central). We took lots of pictures of the area, as well as quite a few selfies (yes, they do that in Japan, too).

The most exciting part of that day was when we were headed to the hotel where we would be staying.

Our hotel was one of the Disneyland resort hotels, which was met with quite a bit of screaming from all the girls on the bus, which was rather entertaining.

The following day we had free-reign in Disneyland, a whole 12 hours of Disney goodness, followed by one more night in the resort hotel.

The best part of the school trip, in my opinion however, were the next days in Kyoto.

Kyoto was the capital of Japan for over 1,000 years, and remains the de facto center of Japanese culture. This is evidenced by its many Geisha, temples, palaces and castles that can be found in harmony with all aspects of a modern city.

Months before, we had organized ourselves into groups that we would be traveling around Kyoto with (although some of us were bad and snuck off to Osaka to go to Universal Studios Japan. SHH, it’s a secret!).

I, along with my friends from the tennis club, would be spending the day together. Setting out at around 9 a.m., we began wandering the city. During this time, we visited Nijo-jo, a castle, Kinkaku (also known as the Golden Pavillion), Maiko-han (student Geisha), and finally capping it all off with Kiyomizudera, one of the most beautiful and well-known temples in Japan.

It was in Kyoto that I really felt at home. There was just something about being completely immersed in the culture capital that made me feel at home there. The temples, Maiko, narrow, winding streets, traditional architecture and clothing. The combination of it all was awe-inspiring. That, plus being with my friends and speaking Japanese really made it all sink in.

There I was, in the land of my ancestors, learning about how they lived, speaking the language they did. I made friends whom I’ll never forget, and I gained another city that I could call home. Going on this exchange may have been the best part of my life, and I loved every minute of it.