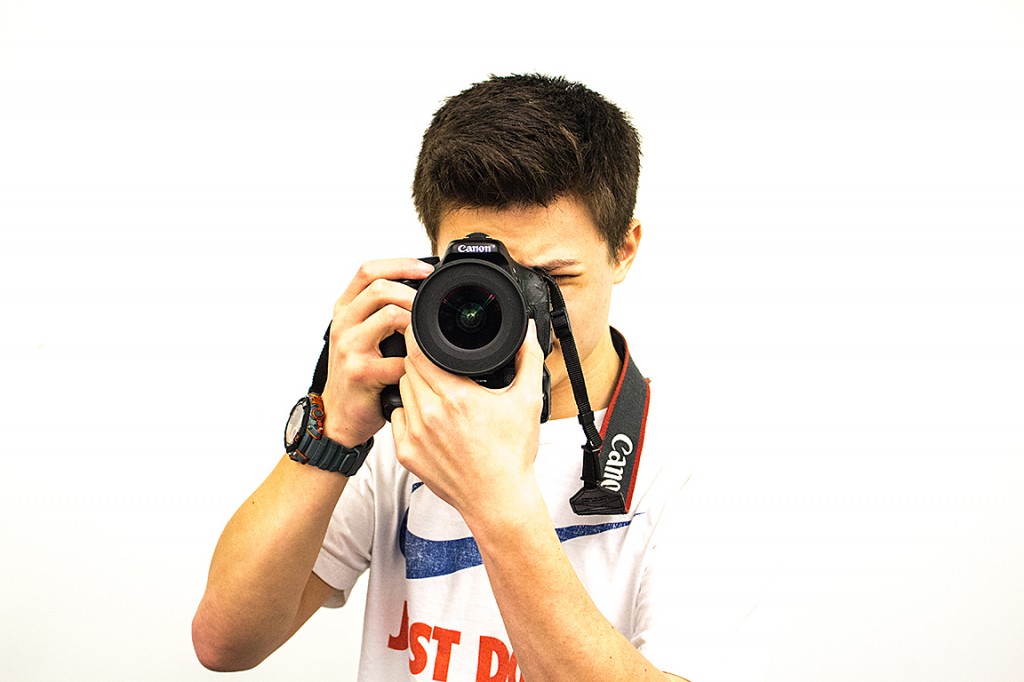 Even though spring sports are just starting up, and I’m primarily a sports writer, I decided to write something that has very little if anything to do with sports.

Brandon Jennings is currently in his junior year. You may not see him that much since he is only at the school for three periods, and after that he takes classes Tuesdays and Thursdays at Edmonds Community College.

I’ve known Brandon for many years since we went to the same elementary school growing up. We were never close friends; we just knew of each other until recently, when we crossed paths due to our shared passion for filmmaking and photography.

As a kid, Jennings had always played with cameras and made many short films with friends. With his dad being part of the media team at Boeing, Brandon’s family had access to the latest camera equipment.

“I’ve always been surrounded by camera gear and all the terminology,” Jennings said. “I would get to mess around with some of the coolest stuff.”

“It’s a lot of work,” Jennings said. “We constantly have to manage everything, which is pretty stressful at times.”

Jennings is also helping me with my current film project, which if you don’t know, is “The Killer 3.” He also makes his own films featured on his own YouTube channel titled Brandograph Films.

As Jennings has a passion for film, he also has a very strong passion for making music and sound design.

When Jennings was still in grade school, his dad got a new Mac Pro computer that came with the program called Garage Band in the stock applications.

“One day I just clicked on the icon and bam there’s this whole studio,” Jennings said. “Back then to me it was just mind boggling to see how big of a program it was.”

He decided to mess with the program and get familiar with what all the buttons did.

When talking about the first tune he composed in Garage Band, Jennings said, “It really sucked obviously, it was my first song.”

Still, he decided that he liked creating music and continued to make more. Once he started high school, he decided to become an actual musical artist. Prior to this, he had just done music for fun, and now he wanted to continue to get better and make a name for himself. Listening to the radio one day, the topic of the videogame “Halo Reach” came up.

“They [the radio] mentioned the vehicle called a seraph,” Jennings said. “I started to mess around with the name in my head and ended up with ‘Serek.’ That sounded cool to me at the time, so I went under that name [as a musician] for two years.

He produced music in his freshman and sophomore years under that name. Halfway through his sophomore year, he decided to switch his music-making program from FL Studio to Logic Pro.

Due to Logic Pro crashing on him at the beginning of his junior year, Jennings had no idea what to do and took a break from making music. His name “died out” and his studio crashed. A short time into his junior year, he switched his music-making program again to an application called Ableton Live. With the new program, he began to write and produce music under a new name, now known as “Zvezda.”

“It’s like a new start for me in the music world,” Jennings said.

Brandon took band his freshman year. The reason he quit was because he said he got criticized multiple times by teachers and students about how his songs weren’t music.

“I’ve been in band since fifth grade,” Jennings said. “I’ve enjoyed it, I played the clarinet and learned a lot about it. [Once] I started getting into electronic music, I got shot down by all the band kids saying that it wasn’t real music, it’s just beeps and boops in a certain way. What I have to say to this is that music isn’t defined by what you can play; music is anything that you enjoy, that you can listen to. Music is an art form that can be anything you want as the years go on. Right now it’s electronic [for me]. That’s just what I like; I don’t care what other people like. I like all sorts of music, not just electronic, but what I’m creating is electronic and if people don’t like that, that’s their problem. It [electronic music] is still a music form and I will push for that argument.”

According to the Merriam-Webster dictionary, music is defined as

1) The science or art of ordering tones or sounds in succession, in combination, and in temporal relationships to produce a composition having unity and continuity

2) Vocal, instrumental, or mechanical sounds having rhythm, melody, or harmony.”

If you have heard the HBN announcements intro, and wondered who made it, Brandon did. He hinted during my interview that there is a new intro song coming soon that he is currently working on.

If you have wondered what Brandon will do in the future, he has a very strong passion for film and cinematography. He says that he will pursue film because then he would be able to pursue all of his passions – film, music and photography. He would be able to film his ideas, design the soundtrack and then be able to make movie posters and other merchandise with his photography and Photoshop skills.

I’m on Brandon’s side when it comes to his music being music, not just because we are friends, but because he is right. I think that anything that anyone creates is art and anything that you can hear that is creative is music.

If I were to make it in film like I want to and Brandon does too, I wouldn’t be surprised to hear that I would be working with him and a cinematographer or sound designer, in fact I would be excited and thankful to have the opportunity.