Seven Hawks moving on to the second round of Terrace Idol 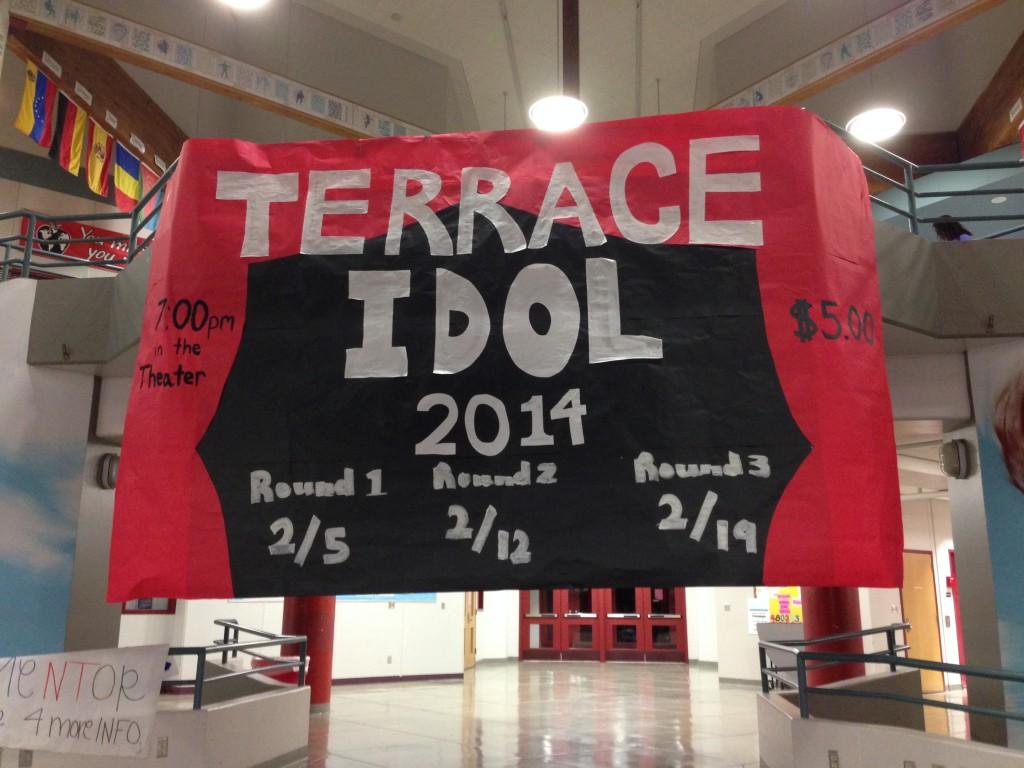 Terrace Idol 2014 started last Wednesday, Feb. 5, with 20 contestants from the Edmonds School District. Terrace Idol is an annual fundraiser organized by the senior class ASB. Auditions were held on Jan. 27 and 28, and the top 20 competitors out of more than the 50 students who tried out were announced on Jan. 30.

The judges took over half an hour deciding which contestants were moving on to the next round.

The second round will be at the same time, same place, at the MTHS theatre, 7pm this Wednesday, Feb. 12. Admissions are $5.

The set of second round judges are singer and musician Rob Hyatt, DJ and member of the techno group Electric Children Jack Waterman, and returning from the first round, Gale Fiege.

The top 5 singers will then move on to the third round on Feb. 19 and fight for the crown of being the Terrace Idol 2014. Two winners will be selected; one being the audience vote, and one being the judges vote.