Mountlake Terrace to continue to be a 3A school. I’m all for it! 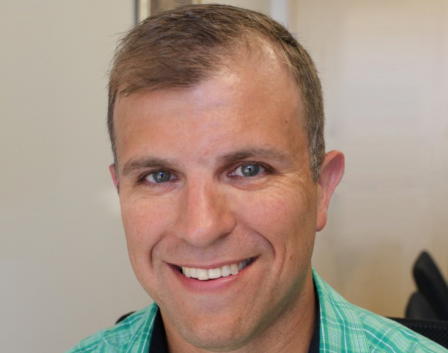 Move on over Wesco 3A South teams, you are about to have company. The Washington Interscholastic Activities Association (WIAA) announced last week the reconfiguration of the six size classifications of the 380 Washington state high schools and the conference that Mountlake Terrace plays in is going to expand next year. Edmonds-Woodway, Lynnwood and Arlington will all move down from the larger Wesco 4A conference to join a Wesco 3A league that currently includes Mountlake Terrace, Meadowdale, Shorewood, Glacier Peak, Marysville-Pilchuck, Marysville-Getchell, Stanwood, Everett, Oak Harbor and Shorecrest (kind of, I will talk more about them later).

On the surface this sounds like it should be exciting news for anyone who is involved with or follows Mountlake Terrace sports. It will mean that all four Edmonds School District high schools will be in the same conference, something that is great for rivalries. However, not everyone is happy about this and consequently it led to an interesting debate at MTHS on Monday night.

The topic of the evening was whether Mountlake Terrace should have dropped down from the 3A class and become a 2A school. The opinions and answers varied depending on whom you asked. I should probably try to give a brief explanation of the classifications before going any further.

There are 380 high schools that participate in sports in the state of Washington and the number of students enrolled at each school ranges from fewer than 100 to more than 2000. Obviously, the schools with the largest enrollment have an advantage over the smaller schools when competing in athletics and therefore the WIAA classifies the schools into six groups with the intent to put the same number of schools in each. The six classifications from largest to smallest are: 4A, 3A, 2A, 1A, 2B and 1B.

In staying with my “keep it simple” theme, when the student enrollment numbers were first released in December, MTHS still fell within the 3A classification in which the Hawks currently play. After a handful of schools exercised their options to move up or down, the numbers were reconfigured and Terrace then fell within the 2A enrollment parameters and could have chosen to play at that level for the next two years. Instead, school officials elected to stay at 3A.

A group of about 20 people attended a meeting at MTHS on Monday evening to discuss this decision. Some were there to vent their frustrations as they wanted the school to move down to 2A. Others were there more out of curiosity and to get more information. Those who want Terrace to become a 2A school argued that it would give the Hawks a competitive advantage. Why try to compete with schools that have larger enrollments when you can qualify for a lower classification and play against smaller schools in the playoffs? Schools like Marysville-Getchell, Edmonds-Woodway and Glacier Peak have roughly 100 more students per graduating class than Mountlake Terrace, and that gives those schools more athletes to choose from when putting together the best possible teams that they can field.

Sports that rely on larger numbers of players to compete say that they can’t win on a regular basis when playing the bigger schools. Football is a prime example of this and historically that tends to be true. The teams that have the largest turnouts generally field the better teams.

One of the other points that a parent of an MTHS football player made to me was that Terrace’s football team would not have made the playoffs this year or last year if Edmonds-Woodway would have been in our division. Terrace clinched the final playoff spot both years because the Warriors are at the 4A level. Having three additional teams in our conference, all with larger enrollment numbers than Terrace, will cut into the Hawks’ chances of getting to the playoffs.

MTHS Activities and Athletic Director Kim Stewart and Principal Greg Schwab attended Monday’s meeting representing the school’s position to remain 3A and brought up some very valid points. It should also be mentioned that according to Stewart, the primary reason for the decision to stay at 3A was based on a philosophy that they were going to go to the classification that the WIAA placed them in and that the initial numbers in December in fact placed Terrace in 3A.

The main arguments for 3A are as follows: Hawks teams would have to travel farther to participate in 2A games and playoffs, and it is likely that the Hawks would not even get consideration to host playoff games in most sports. Most of the schools north of Seattle that fall into the 2A class are in Skagit and Whatcom Counties. There isn’t a WesCo 2A and, therefore, Mountlake Terrace would essentially be a guest when participating in District playoffs.

A prime example of how this would have affected Mountlake Terrace this season would be the MTHS 2013 volleyball team. The Hawks finished the regular season as WesCo Champs and consequently they were rewarded by getting to host the first two rounds of the District playoffs and then played the final day at nearby Glacier Peak High School. If the Hawks would have been a 2A team, they would not have hosted any playoff games and would have had to travel up to one of the 2A Northwest Conference schools for all of their playoff games. This would have meant that they would have traveled 50-100 miles each way, and depending on whether they were winning or losing, they might have had to make that trip three times over the course of four days.

It should also be noted that the WIAA tends to allow schools on the east side of the state to host many of the 2A state tournaments since there are quite a few schools in that classification located east of the Cascade Mountains. The 2A basketball tournament is usually in Yakima whereas the 3A state tournament is in the Tacoma Dome. I don’t know about anyone else, but I made the trip down to the Tacoma Dome three times on consecutive days to broadcast the Hawks’ run through the state basketball tournament back in March and making that trip over to Yakima for three days would have been much tougher to work into my schedule.

One other potential argument against going to the 2A level is that no one is certain how the Hawks would get chosen or seeded for post season play for any sport. Had Terrace decided to drop to 2A, they would have stayed in WesCo 3A for the regular season and still played all of the teams in the conference. The only difference is that their record would have to somehow get transferred into a 2A league (probably the Northwest Conference up in Whatcom and Skagit County) to be considered for the playoffs. Shorecrest is the one team in our league that has decided to do this starting next year. They will remain in WesCo 3A but then participate in the 2A playoffs. Some people have even speculated that if Terrace and Shorecrest had both made the move, then perhaps some sports would have allowed only one of the two teams to qualify for 2A playoffs regardless of their records. The uncertainty of that whole situation would be enough to make me want to think twice about making such a move.

My personal opinion is that I am glad that the Hawks are staying at the 3A level. I understand that it hurts teams like football, but the amount of time that students (both athletes and the fans) would be traveling and the additional costs are too important to ignore. I’m all for seeing more MTHS teams get a shot at making the playoffs or being able to compete for state championships, but we’ve shown in the past that we are capable of being very competitive at the 3A level. I’m not buying into the argument that Terrace can’t compete against bigger schools. Edmonds-Woodway is a great example. In the last 15 months I’ve watched Terrace teams beat the Warriors in men’s basketball, women’s basketball, baseball, softball and volleyball.

If Mountlake Terrace elected to drop down, they would be the second largest 2A school in the state. I am all about putting our teams in a favorable position to win, but I don’t know that I am necessarily in favor of looking for a path that is perceived as being inferior, either. I like encouraging athletes to rise to the occasion and not back down from tough competition. Having to beat powerhouses like Foss, University and Seattle Prep on the way to the 4th place trophy at the 3A basketball tournament is far more impressive than playing smaller, less athletic schools on the way to a higher finish.

I always get excited when I see that Terrace teams are ranked in the Top 10 of various polls that rank the state’s top teams. It is a big deal that our men’s basketball team is currently ranked as the No. 5 3A team in the state and that our women’s team is No. 6. For me it is confirmation that they are respected and having great seasons. If they were to have those same rankings at the 2A level, I would be more inclined to think that their success is more a product of going up against schools that are smaller than them and possibly discredit their actual talent. 3A success gets far more respect.

Athletics should be about the desire to compete against great opponents. Wanting to beat the best in order to be the best.

I would rather see our athletes embrace the challenge of taking on bigger schools and know there is greater satisfaction in beating the top teams in the state, rather than finding loopholes to avoid them.

Mountlake Terrace sports collectively have been as strong during the past two seasons as possibly any other time in the school’s history. We don’t need to drop down to a lower level to be competitive, we already are. Go Hawks!