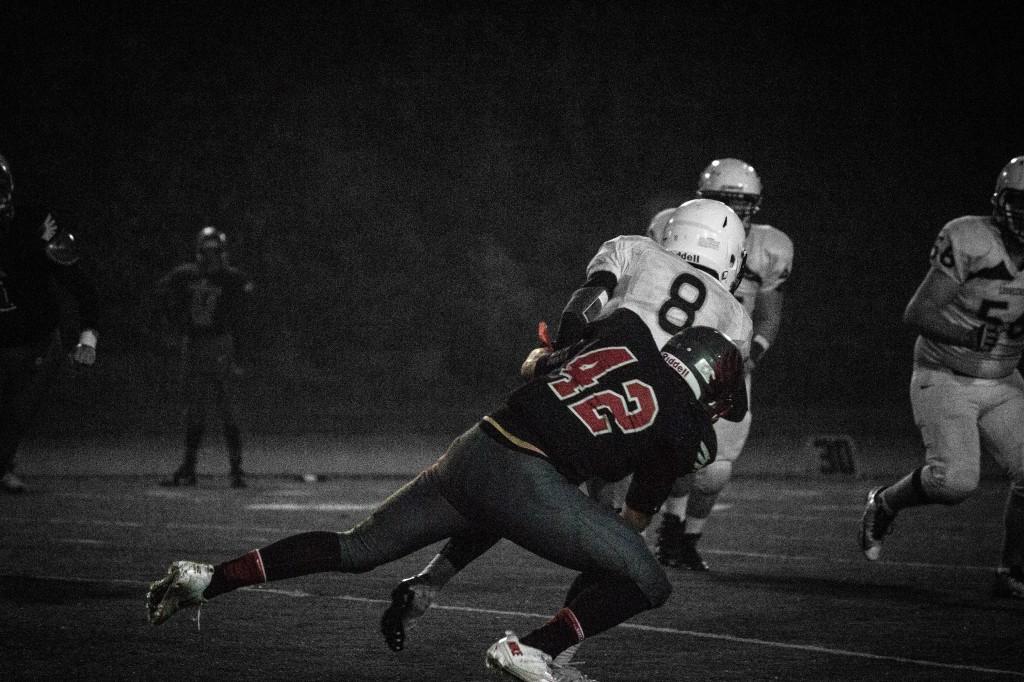 The Hawks started off the game well, marching down the field and scoring with senior running back, Chance Ragsdale making it 7-0.

Ragsdale would score again, with a 52-yard rushing touchdown in the 2nd quarter, the score now 14-0.

During halftime and in to the 2nd half is when the fog starting to set in. The fog was so bad that you couldn’t see anything going on in the game.

When asked about the fog in the 2nd half, head coach Tony Umayam said, “That was surprising.”

And the end of the 3rd quarter Terrace and the Scots would score making it 21-14 going into the 4th quarter.

Ragsdale would close the game out with his 4th score of the night giving Terrace the 28-14 victory over Shorecrest.

Ragsdale finished with four TD’s on 33 carries for 283 yards.

“The offensive line, in key spots were able to take over the game,” Umayam said.

The Hawks are 3-4 going into their Homecoming game next week against Shorewood.

“In the secondary, we need to lock down on the short passing routes, we’re giving up to much of that stuff,” Umayam said.

Next game is Friday, Oct 25 against Shorewood, Edmonds Stadium, 8p.m.