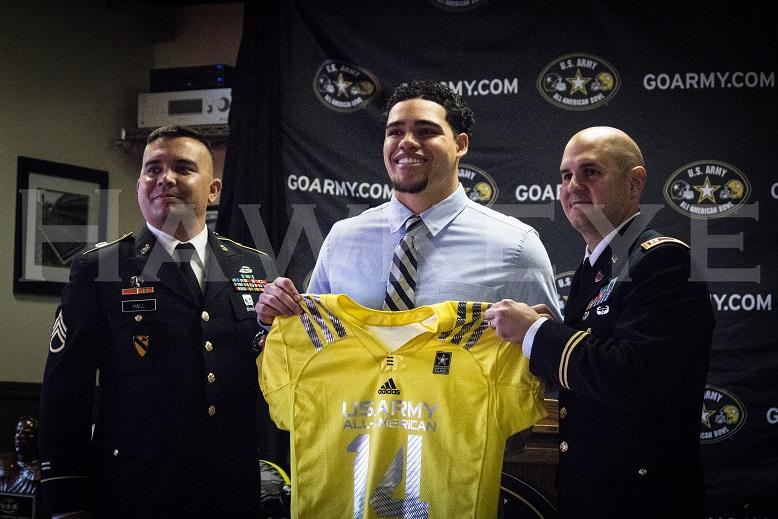 Downs was presented with his U.S. Army All-American Bowl jersey on Friday, Oct. 11.

Downs is one of 90 in the whole nation to be on this team. Since he is injured, he won’t actually play in the game, but he will be able to attend all the events.

“I would like to thank my teammates, the coaching staff, Mountlake Terrace High School, my family and the committee for letting me put it on for my team and my city,” Downs said.

Terrace Head Coach Tony Umayam will also be able to attend the game and events.

“As a Washington state high school football coach I think you are fortunate to coach a player of Devante’s caliber once in you’re carrier,” Umayam said.

Story and photos by TK Johnson