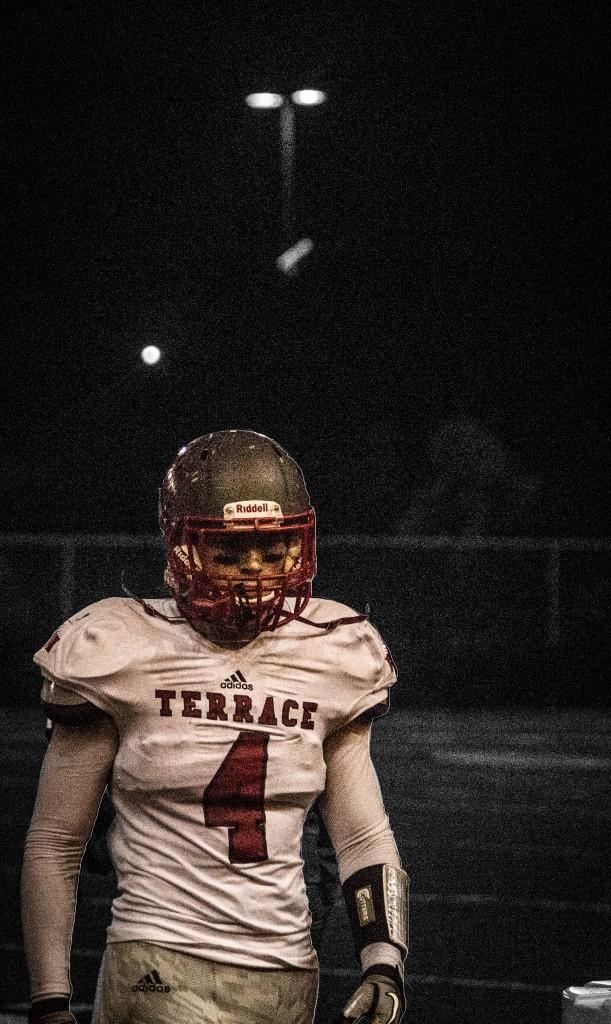 Friday night the Hawks played the Glacier Peak Grizzlies at Veterans Memorial Stadium. It was Glacier Peak’s homecoming game, and the crowd definitely showed it; the Grizzlies fans vastly outnumbered and dominated the stadium.

Terrace fell victim to the Grizzlies, and were defeated 31-0. Glacier Peak dominated the Hawks from the very start, scoring on their first drive and putting themselves up 7-0. MTHS Head Coach Tony Umayam, when asked about the Grizzlies offense, said, “They’re really good on offense, so they’re gonna score points”. Glacier Peak definitely lived up to that, shutting out the Hawks by 31.

The first half was very dismal for the Terrace offense; they only managed to convert two first downs throghout the entire first half. According to Umayam, starting Quarterback Justin Hopkins was playing at 80 percent coming off of his injury, and wasn’t comfortable running or scrambling throughout the game, which is one of his strong suits. This most likely contributed greatly to why the offense was so dreadful.

Another contribution to the offensive lacking was also Glacier Peak’s defense. When asked if the Grizzlies had the fastest defense that Mountlake Terrace would see all year, Umayam replied, “I hope that’s the fastest we play all year”. The Grizzlies seemed to be simply too much for the Terrace offense. One bright spot was the Hawks running game, however. Chance Ragsdale, who’s been filling in for star running back Devante Downs for the season due to Downs’ ACL tear, “ran really hard” and gave a lot of effort against a very tough Glacier Peak defense, Umayam explained. Also, Jacob Wallgren “got to carry the ball a little bit more, with Ryan Lacasse being out”, also helped the running game make definite progress this game.

On the defensive side of the ball, the Hawks did better than expected, giving up only 3 points during both second and third quarters. Although they gave up 31 points total, they also showed spots of positivity. According to Umayam, this was definitely not the secondary’s strongest performance, but when asked about the defensive line, he explained that the return of Jevin Pahinui contributed to the fairly well performence they showed.

Although the Hawks did get crushed yet again, Umayam still shows hope. “This was our record last year,” he said. He said that the team will focus on their weak spots and continue to improve week after week, and try and take the rest of the season one game at a time, and hopefully one win at a time. The Hawks play Everett next Friday at Everett Memorial Stadium at 5:00 p.m.