Spencer Froelick voices his opinion about his experience as a Hawk 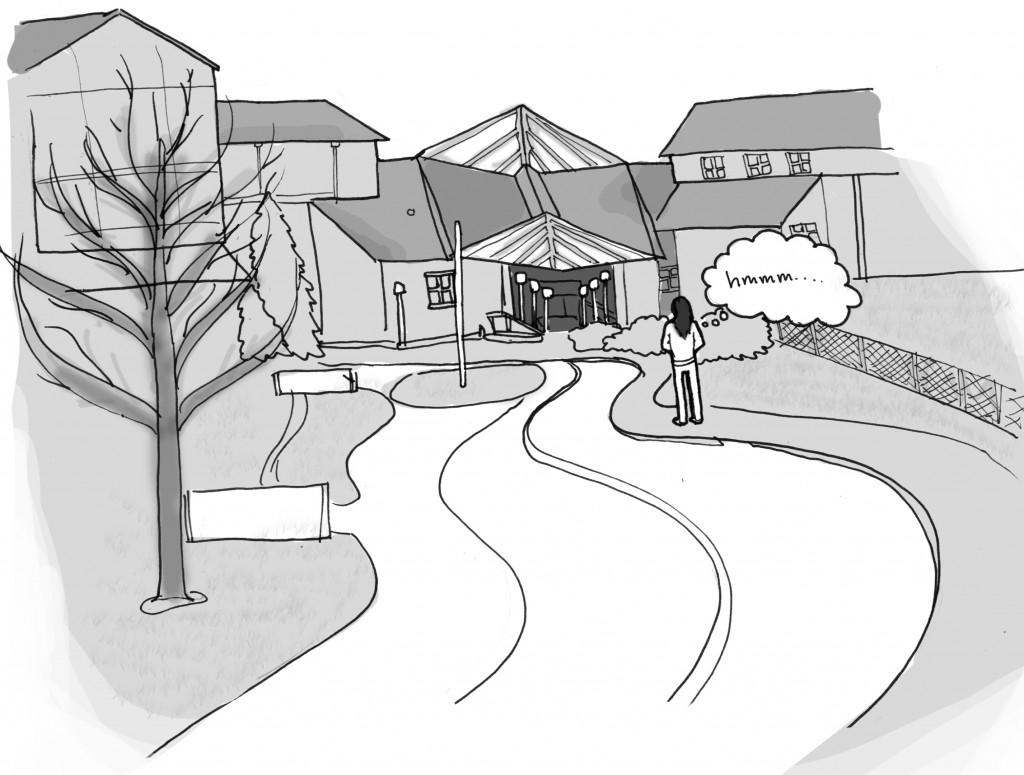 It was a day much like today—a day exactly nine months ago, blanketed with a picturesque blue sky that failed to betray the sad ugly truth that summer had finally been vanquished—that I stood rather uncertainly before Mountlake Terrace High, wondering what would await me inside.

Upon entrance, I was greeted rather rapidly with the overwhelming idea that “This school is exactly like I imagined high school in the 6th grade.”

This idea, engorged with a plethora of John Hughes movies and mid 2000’s Teen Nick, had long been dismissed as mere fiction. I can say—with my hand placed firmly upon my heart—that I had boatloads more fun at Mountlake Terrace than I ever did at Shorewood. But I digress, for who cares about the beginning of the year? It’s the end of the year, you know—for those who don’t keep updated—and the school is in this sort of hormonal limbo of frustrated sun-starved youths frothing at the mouth to get outside and run around like hooligans and ruffians all summer.

Less than two weeks remain and my mind is racing like 64 Southern Comfort-soaked alcoholics at the Kentucky Derby making a beeline for the bar and my God do I have a lot to say about Terrace.

As a stranger, an outsider, a new kid, I am proud to say I can present my findings with objectivity and a certain honesty that lends itself only to a person stuck rather suddenly into a new—and quite surreal—environment.

It is my duty to inform you—as a writer, shameless cynic, and presumed journalist—that Mountlake Terrace High School operates on a sad, broken educational system. However, so does every other school in the country—most of you should know this. So worry not, dear readers, and always remember that if the nation does it, you can do it too.

But can I truly call MTHS a bad school? I mean… I’ve attended better. However, I like to look on the bright side these days.

The school itself is nice—a sort of crooked yet neat, folded mass of bricks and steel and ultra-modern (for the ’90s) structure that presents itself throughout the area of the incredibly spacious building. But the Dodge Chargers, emblazoned with various unfriendly judicial emblems, circling the campus like falcons, are pretty nice, too. I never really got used to the constant Orwellian state of affairs at the school, characterized by administrators and police officers hanging from the ceiling, wings folded and eyes ablaze with watchdog intensity, at every turn.

I’ve been told I came to Terrace during a bad year and I believe it… bathroom beatings, arrests, drugs, violence, MTHS Confessions… it’s overwhelming, really.

I appreciated the wide selection of AP classes as well, for I think I learned more in AP Chemistry than I’ve ever learned about anything ever in my life. But to be honest, I spent a good 50 to 60 percent—and that’s a conservative figure—doodling and reading intently, fiercely and passionately bored out of my still-developing skull.

The students are a nice bunch—intrinsically friendly, even—and I made more friends than I originally envisioned. But I’ve never seen so many people so blindly obsessed with their electronics—so much, in fact, that I’m willing to offer my serious recommendation and endorsement to MTHS as the very first cyborg-integrated high school when the revolution goes down and yes, Schwab & Co, I will contact you with due dispatch to work out the financial and legal details of said endorsement.

I guess what I’m trying to say is…

I’m glad I moved and decided to attend Mountlake Terrace. I came here solely for the experience of being the new kid, because it always seemed an interesting position find oneself in.

It was everything I imagined and more—surreal, challenging, easy, confusing, infuriating, uncomfortable, and often comical.

Yet as a junior, I’m even happier to be leaving, for the Edmonds School District in general leaves a lot to be desired. For those of you with another year, or God forbid—two or three years—of high school hovering smugly above your head, I offer only mild empathy.

Consolation and blind optimism have no place behind the locked, barred, and heavily guarded doors of Mountlake Terrace, for raw reality and the paradoxical lack thereof rule with an iron fist. But take note, dear readers, of the unique situation at hand.

High school is practice for college and college is practice for the real world. So pay your dues now, try new things, make mistakes, learn what you can while you can. The window of opportunity is closing, but the halcyon days are on their way. The future, as Tom Petty once said, is wide open.