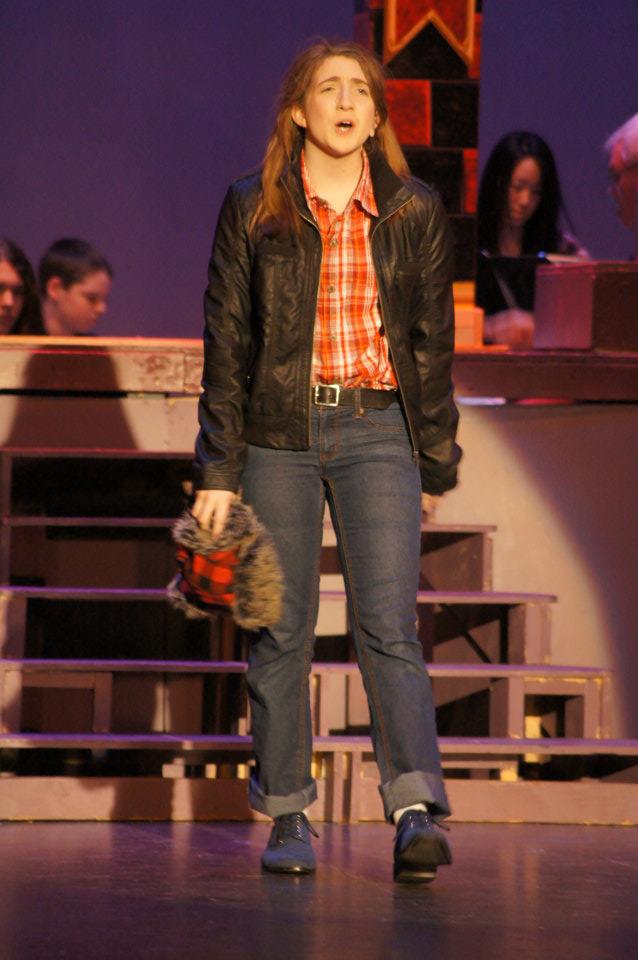 Would you rather write for a TV show or be in one? In Serena Hohenstein’s case, both!

Ever since she was in her first play in fourth grade, Hohenstein knew she had potential. What she didn’t know was that her potential and hard work would gain her the lead in a school musical her junior year, as well as the opportunity to be in the ensemble for a professional performance of “The Wizard of Oz.”

Hohenstein’s dynamic stage presence, harmonious voice and uplifting personality have helped her obtain not only parts in plays, but also friends along the way.

“I love acting because when I’m on stage I get to be somebody who I’m not. I get to have their experiences, which I may not have had before. Also, it’s just kind of freeing,” Hohenstein revealed.

At MTHS, Hohenstein has had a part in multiple productions. These include “Larry and the Werewolf,” “Almost, Maine” and “Back to the ’80s.” During her junior year, she was the main character, Natalie, in the school musical “All Shook Up.” Natalie was her favorite role of those she has had at the high school because it was the first time she had ever been the lead in a play.

Hohenstein also acts outside of school, mostly through the Seattle Children’s Theatre. She was in two summer season shows, “Avenue Q” and “The Reformed Vampire Support Group.” These were directed by adults but acted out by kids.

Her most recent and overall favorite play was this past fall and winter. She was in the ensemble for Seattle Children’s Theatre’s professional production, “The Wizard of Oz,” which she loved because of the people, the atmosphere and the costume.

Soon, Hohenstein will be on her way to Emerson College in Boston. There, she will be majoring in yet another one of her passions, writing for film and TV.

Even though acting isn’t her major, Hohenstein won’t stop doing what she loves.

“I decided on Emerson because of the community there. I met some faculty who are currently working professionals but they also teach there. Also, I love the aspect that I can get involved in so many other things besides my major,” explained Hohenstein.

After college, Hohenstein’s goal is to move to Los Angeles and get a job writing for a TV show. She hasn’t quite decided how she is going to continue acting at that point, but hopes to continue with her passion.

While Hohenstein’s future is full of exciting new opportunities, the end of her high school career is proving to be very bittersweet.

“I have had an amazing four years in high school. I have met incredible friends and incredible teachers and just had amazing experiences. Endings are always hard for me, so [ending] something that’s been so regular for four years is really crazy and emotional. But I’m also really excited for this next step,” Hohenstein voiced.

Whether it is on stage or behind the scenes, Hohenstein’s next step will take her deeper into the world of drama and entertainment.