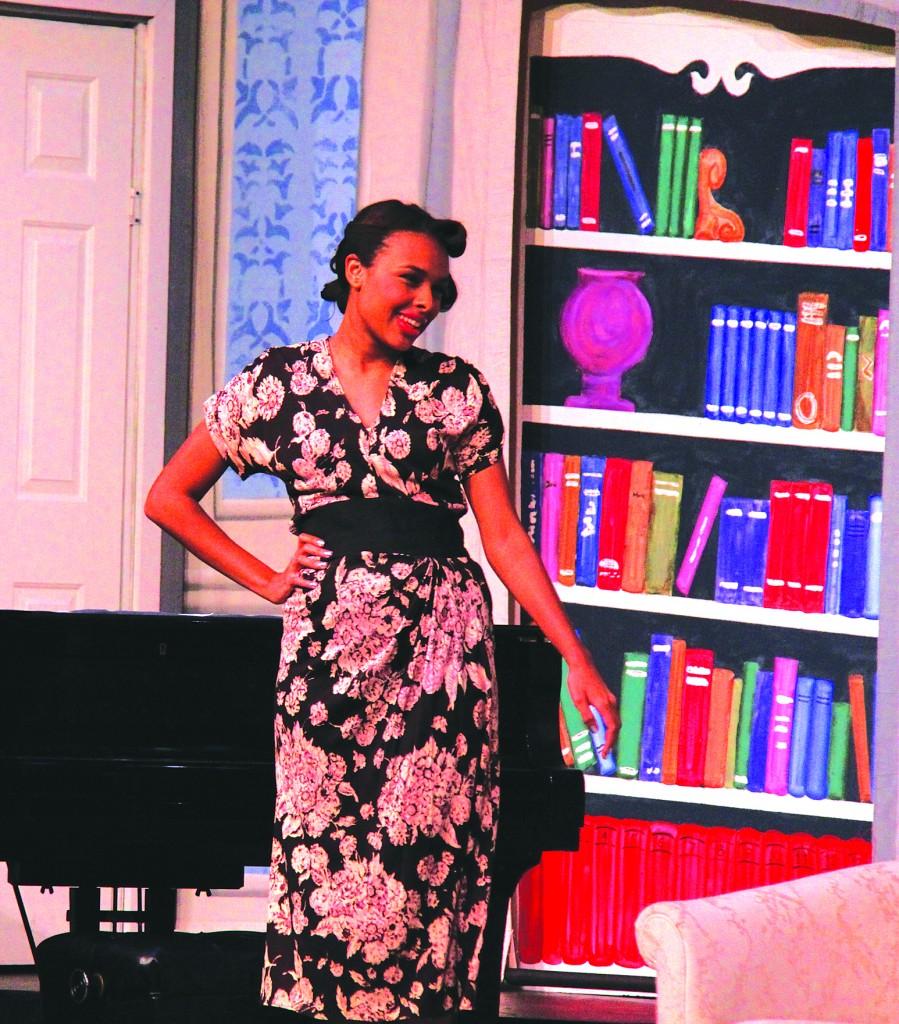 Taylor Johnson may be the ultimate “Belieber” (Justin Bieber fan), in fact she is the ultimate fan girl. On his birthday she baked Bieber a cake and gave it out to other students. However, it wouldn’t be surprising if one day she was also famous.

The past couple years Johnson has been involved in several drama productions. Last year she was in the musical “All Shook Up” where she was in the chorus. This year she has been in the spring production of “Musical Comedy Murders of the 1940s” in which she played Marjorie Baverstock. She was also in the musical showcase “Don’t Stop the Beat,” which she performed and worked behind the scenes in.

After she graduates, she will attend California Lutheran University in “a land far, far away” called Thousand Oaks, Calif. Johnson said she would like to be an actress even though it may seem unrealistic.

Her advice for others with her same aspiration is, “If you want to be an actor I’d say don’t give up on that, but have a back up plan.” Johnson’s other dream job is being a teacher; she said it would be cool to get to work with kids.

One of the biggest parts of Johnson’s life is church. At her church she works with little kids and takes care of the babies. This could also help her with her hopes of being a teacher.

There are several things Johnson has done to help her with her goals and become who she is. She says that being in plays and musicals have helped her come out of her box, try new things and meet new people. Something that she has also been involved with here at MTHS is Mix It up. Mix It Up has helped her talked to people she never would have and make several friends.

Another thing Johnson has been doing to prepare for her future is modeling. She is involved with Seattle Talent Agency and also takes a few acting classes there.

“I hate school,” Johnson said jokingly, but for many people hating school isn’t a joke. Getting involved in activities is a way to make high school a little more enjoyable. Whether Johnson ends up being on the big screen or teaching the next generation, she will do it with determination and put care and effort into it.