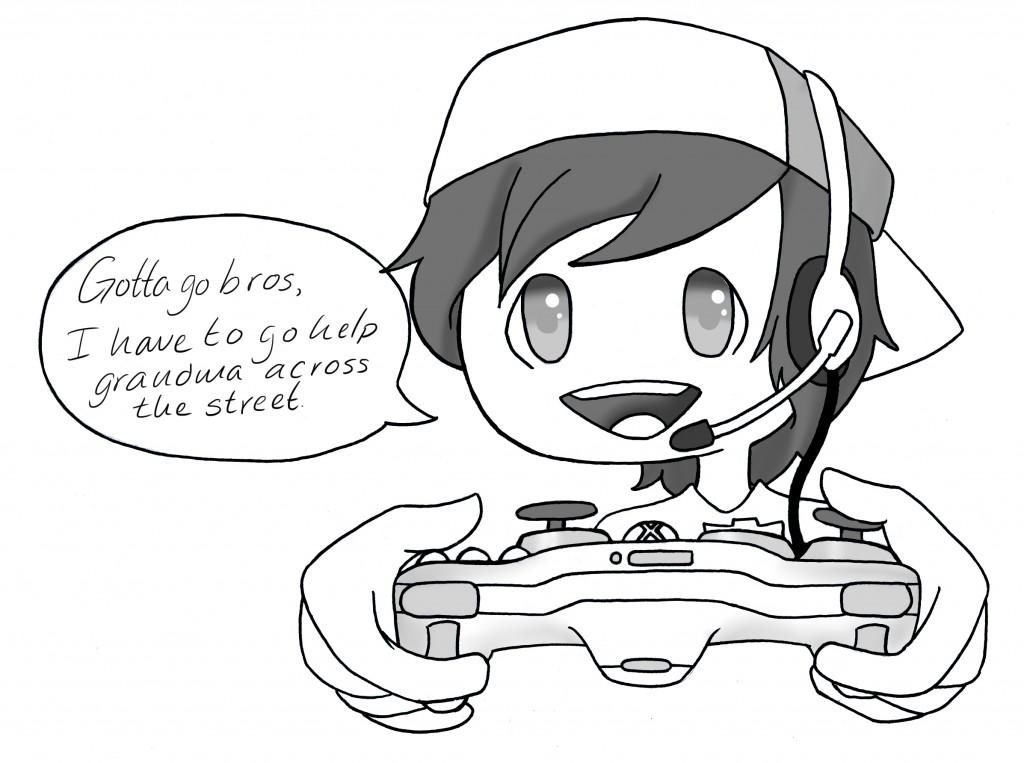 The United States has been gripped by a wave of violence that has caused the American people to panic. The Boston bombers, Adam Lanza, the violent crimes that rock the nation seem to be popping up everywhere.

All these senseless crimes must have a point of origin though, right?

But it can’t be any fault of America.

See, in America, it is never any fault of our own, the search for a scapegoat begins and it has found its latest target. Video games that have violent content have been under scrutinizing eyes and have been wrongly accused, because America’s search for the root of all evil has turned into a witch hunt.

Anything that can be remotely related to this increase in violence, especially among younger people, must be the source.

After the recent events of the Boston bombing and the Sandy Hook elementary shooting, video games have been examined. “Call of Duty,” “Battlefield” and pretty much any game with a gun is now considered at fault, but contrary to popular belief, you will not become a murderous sociopath from playing these games. Studies have actually been conducted to show that video games actually improve your mind. It has been shown that since 1990, violent crime among the young has dramatically decreased.

And during that same time, the amount of video games played has increased exponentially. This information from the University of Washington website creates a correlation that directly contradicts the statement that video games cause violence.

Some people are still not convinced, though.

Lately, video games have become more violent, and parents have caught on. They complain about how violent their young child’s M-rated game is and expect some sympathy, but none will come. One of the main safeguards against video games becoming a problem for young people was the creation of the ESRB. The ESRB’s job is to judge games based on content and give it a rating to classify it for a certain age group.

Parents can still buy games for their children that are not classified for their age, but they need to approve it. So why do parents buy a game clearly labeled for a 17-year-old for their 12-year-old, then complain about the violence? Had a person from the correct age group for this game come and bought the game, no fuss would be made.

By 17, you are not as impressionable, and capable of making good decisions. This doesn’t mean you won’t become a terrorist, just that by this age you are usually pretty set in your ways and may buy certain games without parent permission.

It isn’t good parenting to buy your young child a game you don’t think is appropriate for them. If you had been a good parent, and judged your child’s ability to be mature enough to handle a violent game not intended for their age group, this entire problem would not exist, bringing us to another point.

We’ve established that video games do not cause violence, but some people still say they have a negative effect on society.

These people may be right.

Though video games do not cause the violence, but in no way do they aid in reducing it. No one is saying that violent video games are helping solve the problem, yet critics are in desperate need for a scapegoat, so they fixate on violent video games so intensely it seems as if they are a massive problem when they really are not.

What they don’t know is some of the other benefits that video games bring to the table. Studies from medicalnews.com have shown that, “individuals skilled in video game-playing have a more efficient brain network for controlling movement that includes the pre-frontal, pre-motor, primary sensorimotor and parietal cortices.”

That is fancy talk that means the brains of gamers can tell their hands or other body parts what to do a lot better than non-gamers.

The next wave of brain surgeons are disguised as kids playing “Call of Duty,” so not only do video games not cause the violence we see today, but they may help cure the victims of said violence.

America just cannot accept that it might be its own fault for the violent terror that has happened over the past year.

Video games have become this scapegoat that took the place of the problems we caused. No one looks to our underfunded education system, or our foreign policy that makes people hate us so much. We have to find something to blame before – god forbid – someone does find out it’s our fault.

Sadly, now, a fun American pastime enjoyed by millions is under fire for actions it didn’t make people commit.