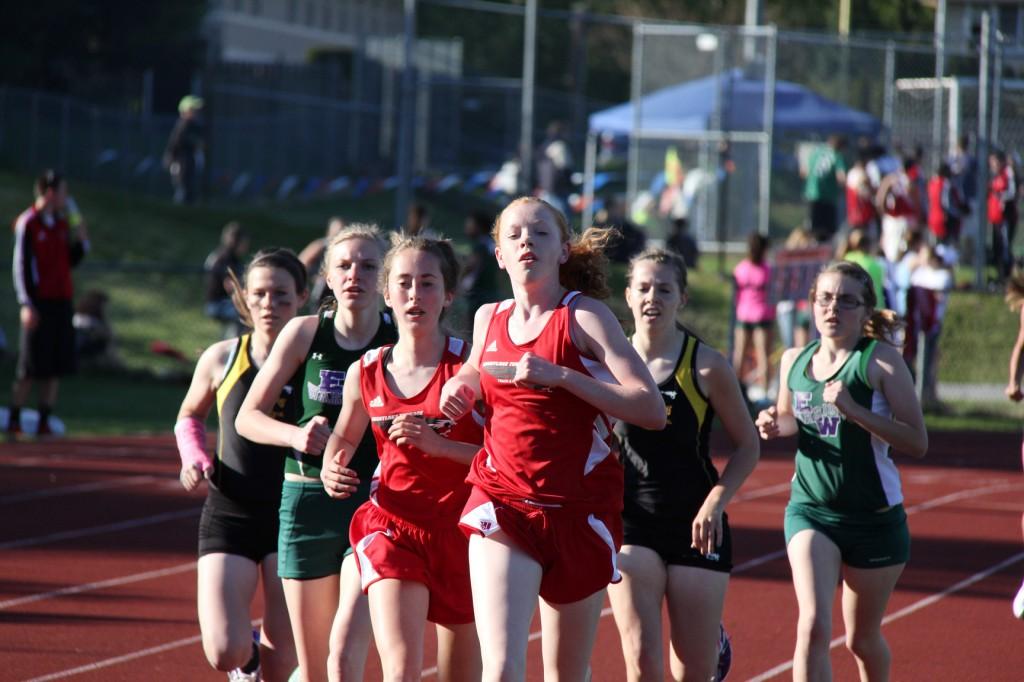 This track season has been a masterful one for the Hawks.

With the men’s team going undefeated in the regular season and the women’s team receiving a star that rises above the rest, the Hawks have been on a tear.

The past two weeks have seen the athletes from Terrace rise above the rest in the district and in 3A WesCo.

The Mountlake Terrace track team participated in the Edmonds School District Meet, with the undefeated men’s team ending up with a score of 128, losing to 4A Lynnwood (154) and Edmonds-Woodway (137), and getting an overall third place for the meet.

The women’s team earned second place with a score of 158, only beaten by Edmonds-Woodway (198).

They won four competitions with McKenna Hunt dominating 100 hurdles and Chinne Okoronkwo for the other three competitions.  She won all three of her events including long jump, triple jump, and pole vault.

Okoronkwo, a freshman, is by far exceeding ecpectations this year. During the first meet of the year against Mariner, she broke three school records in all three of her events.

She has been a dominant competitor all season long, working hard and getting herself to first in the state for triple jump.

Her stellar performance has earned a spot in this year’s state competition as well as an athlete of the week spotlight by the Everett Herald on April 25.

Okoronkwo said, “I’m excited for the state competition. I’m also excited for all of the new challenges I am going to face at state. I could not have done it without all the support from my new teammates and coaches.”

Okoronkwo isn’t just a high school track standout either. Outside of school she is also emerging as a star.

Last summer, she went to Baltimore for the Junior Olympics and got second place for triple jump in the entire world.

In a few short years, Okoronkwo could be training and competing for the United States in the 2016 Olympics, which is an immense feat to be admired.

Chinne is not the only talent in her family either; her brother Gifton, a senior, is also competing in the Junior Olympics and is a star for the Hawks, too.

At Edmonds School District meet, he was the only one on the men’s track team to win an event, leaping the triple jump with an impressive 43-9.25.

Although the Okoronkwos have had immense success as standout stars, the Hawks have had success all around as a team.

In the recent Wesco 3A Championships, Chinne won two out of her three events, including pole vault and triple jump.

Gifton also contributed on the men’s side of things by winning the triple jump and helping his 400 relay team win that event along with seniors Quinnell Mason, Beau Kennedy and Anfernee Calloway.

This track season is one to remember, and the team is in good shape to keep moving up in the rankings of Wesco and state alike.