Risks of driving high may be greater than you think 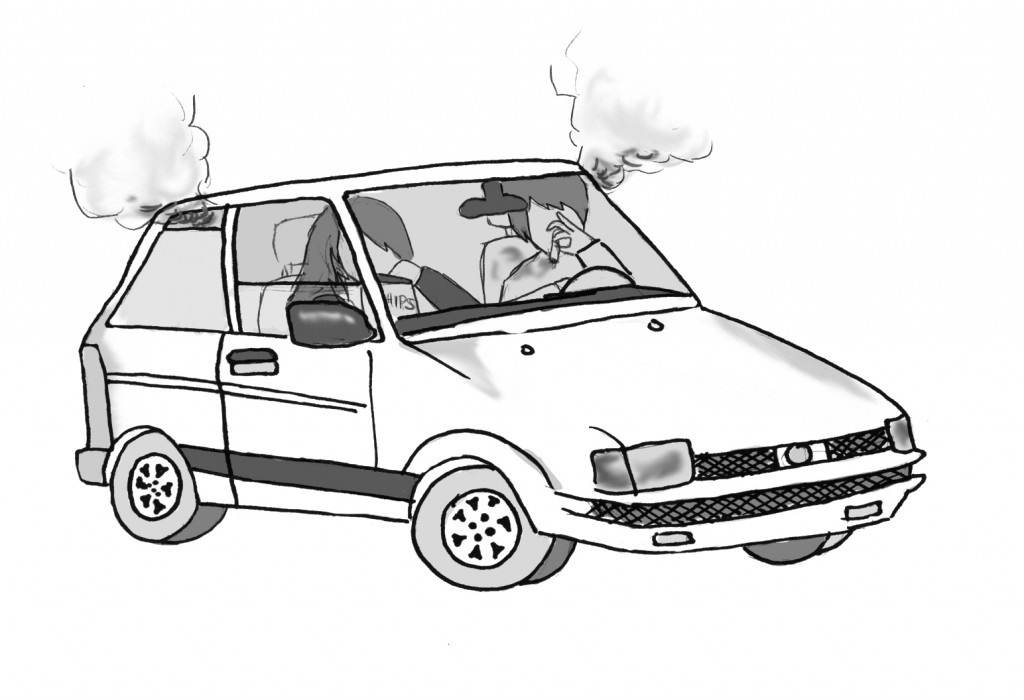 Teens are often warned not to drink and drive, but something that is far less stressed to young drivers is the danger of driving under the influence of marijuana.

In a study by Monitoring the Future (MTF), it was found that one in 12 high school seniors reported that they had driven after smoking marijuana.

When students at Mountlake Terrace High School were asked if they knew anyone who had driven under the influence of marijuana, the majority said yes.

It is more difficult to know the effects that marijuana has on driving because there haven’t been nearly as many studies as there have been with the effects of alcohol and driving.

Another factor which determines if it’s safe to drive or not is the legal limit for a set amount allowed in the system. For alcohol, there is a legal limit for minors of .02 blood alcohol content (BAC) and .08 BAC for adults, no such limit exists for the amount of marijuana a person can consume before driving.

With marijuana recently being legalized, there has been a legal limit set. It is illegal to drive with a level above five nanograms per milliliter of tetrahydrocannabinol (THC), the active chemical in marijuana.

If a driver has a THC level above five nanograms, they will face the same conviction as if they were under the influence of alcohol or other drugs.

There is more than just one way to consume marijuana. Some users smoke it out of a pipe, bong or water pipe. Another common way is ingesting it through food it was cooked in.

No matter how it is used someone who is under the influence of marijuana is still effected in a way that could impact driving abilities.

A study done by the British Medical Journal found that people who drive within three hours of using marijuana are two times as likely to get in an automobile accident compared to those who are sober.

However, a controlled trial by Connecticut’s Hartford Hospital and the University of Iowa showed that people who had used marijuana within 30 minutes of driving did not perform or react much differently before they had used the drug.

Junior Hunter Mitchell responded to the same question, “No. I do not think it’s dangerous to drive under the influence of marijuana.”

If a person chooses to drive, or be a passenger to someone under the influence of marijuana it is important to remember that this choice is putting your life and others at risk.

Driving while high can have serious safety and legal repercussions that are easily avoidable. If someone makes the decision to use marijuana, they should wait until the effects have completely worn off before getting behind the wheel.

Being in a car with a driver who is still high is never the only option.