MTHS again named a “Mix It Up Model School” 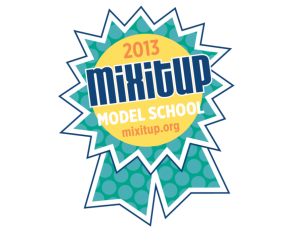 For the second year in a row, MTHS was named a “Mix It Up Model School” by the Teaching Tolerance project of the Southern Poverty Law Center (SPLC). MTHS is among 63 schools nationwide to receive the title that recognizes “exemplary efforts to foster respect and understanding among students and throughout [the] campus during the 2012-13 school year.”

“Mix It Up is an important part of our work to support the goals of the program, but it is certainly not the only work we are doing,” Principal Greg Schwab said. “Gay-Straight Alliance, Black Student Union, Colores Unidos, LINK Crew, Project Unify- all of these groups are vital and important in support our goal of becoming an inclusive school.”

According to the SPLC website, schools nationwide were welcomed to apply and schools only received the title of a Mix It Up Model School if they met the criteria of hosting at least one Mix It Up Day at lunch in 2012. Subsequently, a school must have also had “at least two additional programs or events on campus that sustained the spirit of Mix It Up.”

Additionally, a school must have included different members of the school communities in the event, they must have publicized it well and think that the events were an overall success.

For the last two years, the Mix It Up Club at MTHS has put on events at lunch aimed at making MTHS a more inclusive place. During a Mix It Up event, students are encouraged to sit with a different group of people and participate in lunchtime activities.

“I think we are a tolerant school for sure, but I am not under the illusion that we are perfect,” Schwab added. “We still have work we need to do each day to make our school a better place.  There are students who still feel a lack of connection to our school.”