You Only Live Once, so make sure you’re understood 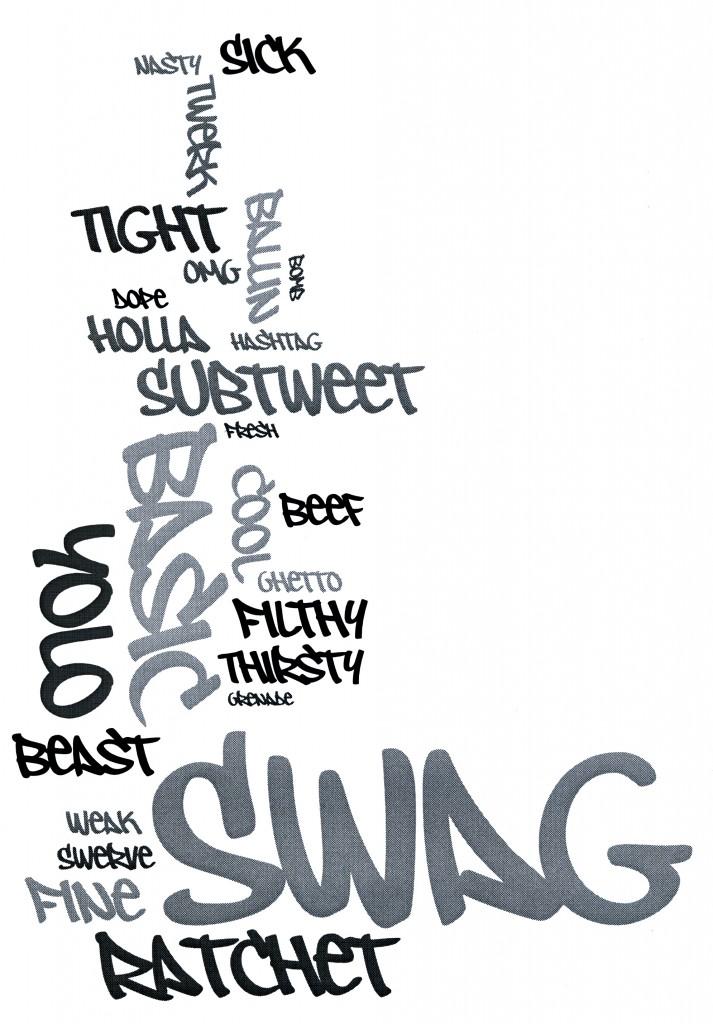 Recently, people have been spouting all sorts of opinions about the imminent decline of the English language and Western society. More importantly, these people are blaming it on recent developments in social media and slang. I say this is bogus—what’s wrong with repeatedly telling everyone about how much swag I have? Doesn’t that only increase my swag? The problem is that adults don’t understand—the youth of America needs to identify with its generation.

Adults sometimes ask why kids these days say “swag” and “yolo” so much, but the answer is simple; everyone needs to know if someone has swag or not. Similarly, everyone absolutely needs to know that you only live once. If a speaker goes even a few sentences without maintaining the amount of swag possessed by that speaker or the numerical value of their life, the whole conversation becomes danger- ously close to falling apart. I propose that we stop limiting the frequency of swagging and yoloing to one time per sentence. Youth of Mountlake Terrace, we need to step it up. Start saying swag and YOLO in the middle of words, a couple times at the beginning of sentences, and most importantly, three to five times at the end of each sentence. Soon, it will become a biological reflex, and everyone will have so much swag, we won’t know what to do with it all.

Spoken hashtags are in a similar situation. Many people find them to be complete wastes of air. Some even think that people who physically say hashtag should go take a running jump!” They spit all sorts of untruths like: “Hashtags serve no practical service and are utterly detrimental to a func- tional society as we know it.” I say that spoken hashtags are an integral part of teenage society. It is absolutely neces- sary to tell other people what to think about my ideas and actions, so that they don’t have to. It’s genius! So genius, in fact, that we should start throwing in hashtags at the end of words as well as the beginning. Think of it— #swagyoloratchet#—twice the hashtags, twice the swag.

Another fairly popular word at Mountlake Terrace is “ratchet” and is used inappropriately in quite literally every situation. Ratchet doesn’t mean cool. It means hard, weird, or nasty. You can’t misuse a slang word as another slang word. That goes against slang rules. Since we already use the word ratchet so inappropriately and so often, why not use it for everything? Ratchet will become an ambigu- ous word to be used wherever applicable, and will mean whatever you want it to mean. It can mean bad, good, blue football with raggedy stitches, that one face that Nicolas Cage does all the time, etc. This is the beauty of the English language.

So I approach you, students of Mountlake Terrace, with a modest proposal. We should shrink our vocabulary to but a few words, so that we never have to think about which words to use in which situations.

Swag, hashtag, YOLO, and ratchet will become staples of the English language. The whole world will become so ratchet and have so much swag that we’ll probably evolve into an advanced from of human being on the spot, ascend into our planar forms, and become fifth-dimensional beings!

Or even better, here’s another proposal. We talk like actual human beings with a little intellectual capacity and self-respect, and not commit cultural suicide. Nothing is wrong with slang, just don’t use it so often that we can’t take you seriously.