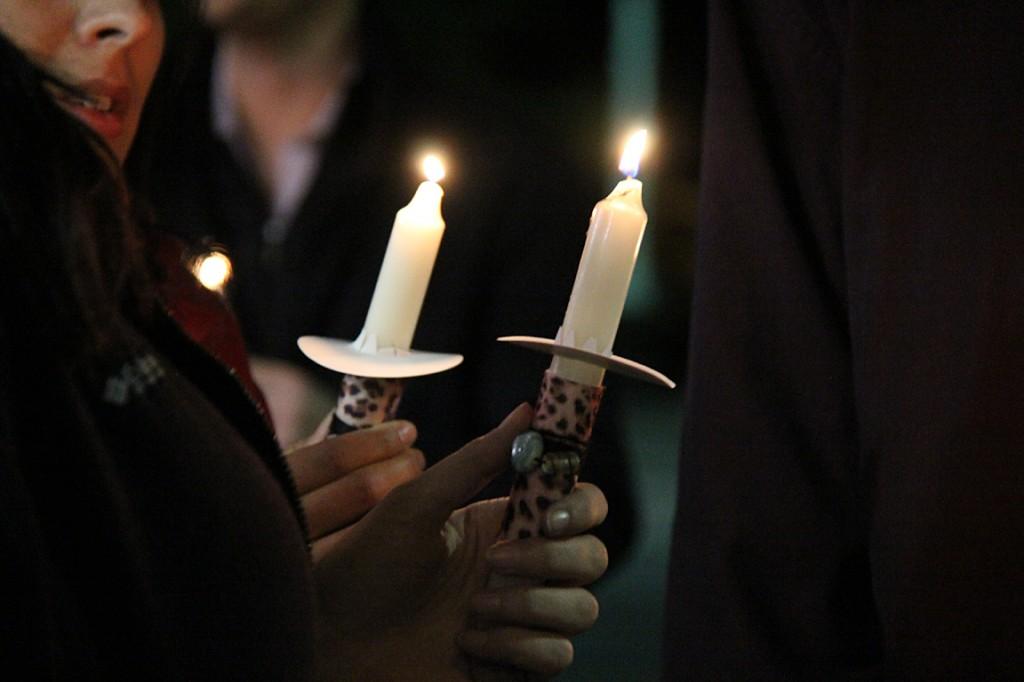 More than 200 people crowded the HUB inside MTHS Saturday night to share stories and remember the life of Dianna Hanson. The 2007 Mountlake Terrace graduate was killed by a lion March 6 at the California wildlife sanctuary where she was an intern. She was 24 years old.

“She was such an active person with our friends and family, and with the school,” close friend Rebecca Cole said. Cole helped organize the memorial.

“I’ll remember her always as doing cartwheels and running upside down and just being crazy,” Cole continued.

Saturday’s event included about an hour of friends sharing memories of Hanson, many of whom painted her as a girl who loved life and transformed into a woman who died pursuing her dream.

The evening concluded with a candlelight vigil outside of the HUB.

“She was my best friend, the last part of senior year. It’s just really heartbreaking to know that she’s gone. She was amazing,” Karina Henry, a friend of Hanson said.

“I came to school not really knowing anybody and Dianna took me in and introduced me to all of her friends,” friend Michelle Terry said.

Hanson was remembered by many for her energy, athletic ability and love of life, as well as for her love of big cats and her dream to work with them.

“The kind of woman that she was, with as much compassion as she had, it was a loss. She was so young, it’s not fair,” Henry said.

Many in attendance had deep personal connections with Hanson. One friend even commented to those in attendance that half the room would call her their best friend.

Though her friends and family are shocked by her death, Hanson was admired for pursuing her dream.