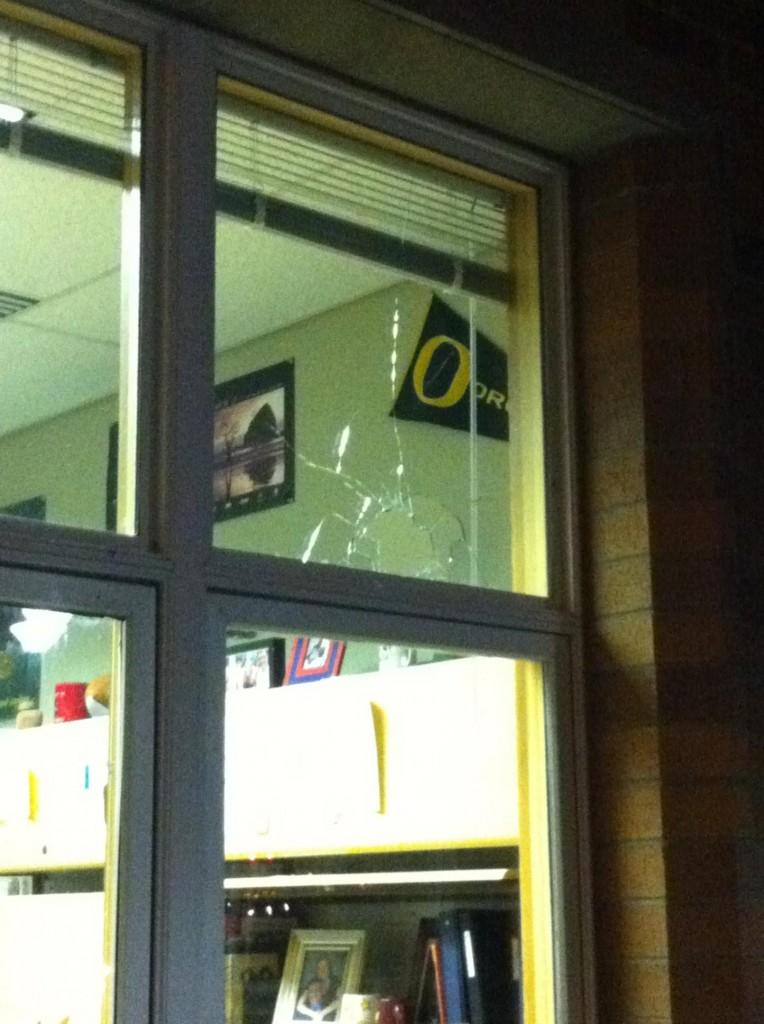 A rock was thrown through the Principal Greg Schwab’s office window, causing a minor amount of damage.

The rock was thrown either earlier this weekend or early Monday morning.

Rocks were also thrown into windows downstairs near the wrestling room.

In recent days, MTHS has drawn significant media attention from the assault and robbery of a student in a restroom.

It is unclear whether MTHS or Schwab were targeted for a specific reason.

When asked to comment, Schwab said: “It was a big rock.”

This is a developing story. Check back with The Hawkeye throughout the day for updates, or on Twitter.