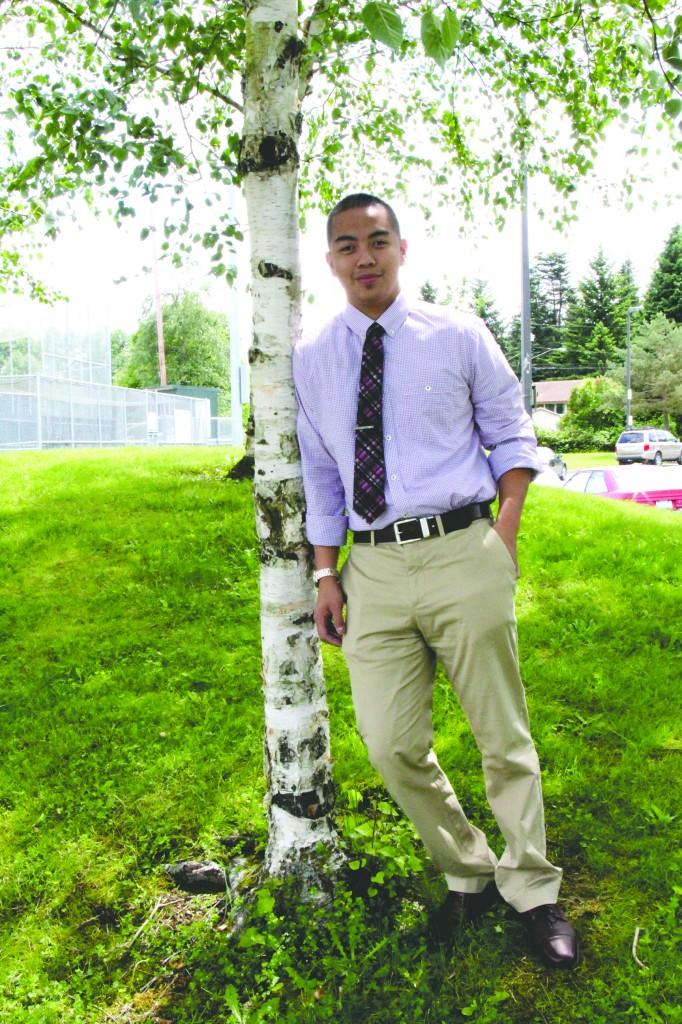 Kenneth Vallester is one of the kindest and gentle hearted gentleman who will be graduating later on this month. He is a Christian and is very involved in his church and in the surrounding community. Vallester’s culminating project was all about helping people who are less fortunate.

He visited the Philippines last summer, which is where he was born, and visited the Manila Bible Seminary. Manila Bible Seminary is a school in which his church supports, so he thought it would be a great idea to go and visit. When he went around the campus, he was shocked to see how bad the conditions were and how bad they really needed financial help. “I knew that I had to do something and took it as a responsibility to help them. I’ve always been lucky and blessed with many things and I just really wanted to give back to people,” he said. Vallester had a lot of organizing and planning to do which is one of his main challenges since he is still really young and doesn’t have much experience with it. His initial goal was $1,000 with an attendance of 60 people. “I was very relaxed in high school but when I had a real life experience in affecting other people’s lives, I got focused.” For his event, he hosted a fund-raising dinner at the Filipino-American Christian Church in Edmonds. There were 80 guests, and $25 per person. He also had a $600 donations, and he had a total of $2,600.

At first, he was satisfied with just doing a simple project to meet the graduation requirement, but when he was exposed to the situation on the seminar, he was moved emotionally. “I was motivated when my parents challenged me to make something worthwhile out of my senior project,” he added.

He has been featured in two newspapers, both of them being the top Asian newspapers in the West Coast. He was also praised and recognized by Jeannie Hoffman, president of the Manila Bible Seminary, who actually flew to attend his dinner.

From all the hard work he had put in this project, he was still able to keep up with school by having a cumulative grade point average of 3.2. He is also involved in FCCLA, and is currently taking AP Government and AP Physics. Vallester is going to the University of Washington, Bothell, and majoring in business, accounting or finance. “My senior year really got my business minded mainly because of Mr. [Dremousis],” he said.

For the past two years, he has been working as a she specialist at JCPenney, measuring people’s feet, providing customers the shoes they want, and making sure that the customers buy something.

In the future, he wants to lead an agency that will make a difference in people’s lives.

As a last word, Vallester wanted to tell the underclassmen, “Education is very important and it must always be your number one priority because someone once told me that, ‘Education gives you choices,’ and it’s true. Don’t be afraid of being the smart kid in the class because once you are a CEO in a company, the kids that made fun of you will still be working at McDonald’s and still be making minimum wage.”