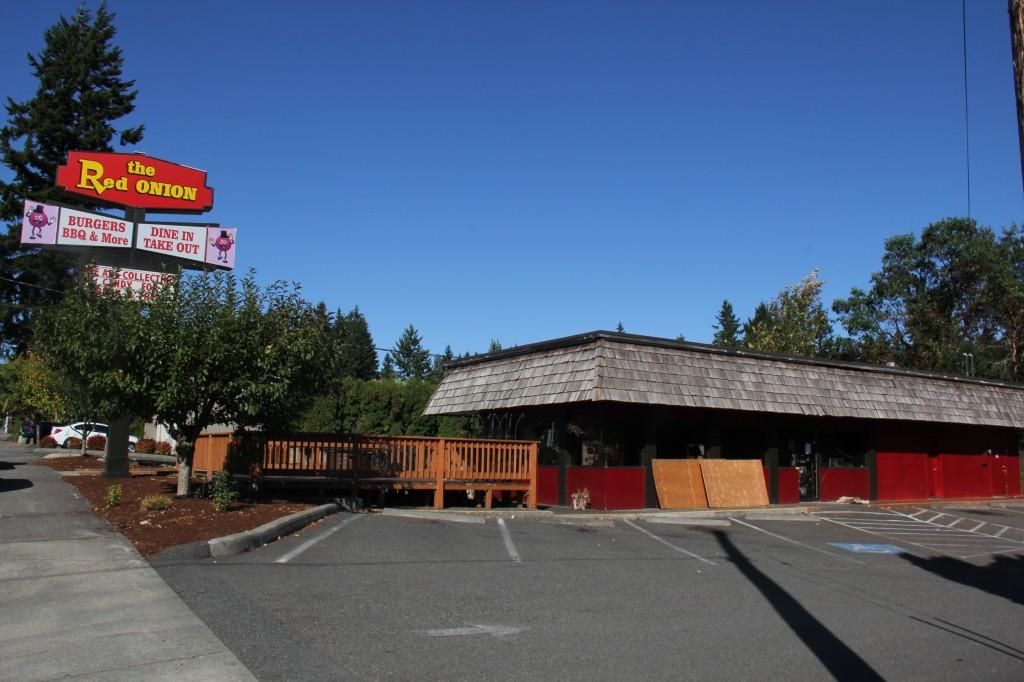 Eve Largent | Hawkeye Local burger joint Red Onion caught on fire on Oct. a, causing the restaurant to close down and is not expected to open for around three to four months.

After a kitchen fire on Oct. 1 forced Red Onion Burgers to close, owner Seaun Richards announced that there would be a new location for the popular local restaurant.

The announcement was made via Facebook on Oct. 6. Richards said the new location will be in the “strip mall adjacent to Albertsons on the corner of 212th and 44th, located in Mountlake Terrace.”

Richards said he hopes to open the new location on Dec. 1, although, he said it is really “up to the insurance companies.”

The new location is the former site of the restaurant Wok-In Teriyaki, which went out of business.

Many customers will find the new location more conveniently located. It has easier access to Interstate 5 and is closer to Lynnwood.

It’s possible that eating at the Red Onion in the future may follow with a trip to the dry cleaners, getting that new hairstyle, renting or a movie or taking your pet to the vet.

Red Onion has been a major sponsor of many community events. Many school organizations, such as MTHS music boosters and sports boosters, have held fund-raisers at the local eatery.

Even with the fire, Red Onion hasn’t been one to cancel plans to help the community.

The Red Onion also hosted a Crab Feed Night on Nov. 4, a fundraiser for the MLT senior center.

Richards said that when he first found out about the fire it was like “a big punch in the gut.”

Though the damage did not affect all of the Red Onion building, very significant damage occurred in the kitchen and rear of the restaurant. Currently the Red Onion is remodeling the second location and adding in new tables and chairs.

Even though the second location seemed like solely a response to the fire that closed down the first location, Richards said that this idea had been in the works.

“We were going to have two locations anyway,” he said.

The community support for Red Onion following the fire has been tremendous. The restaurant’s Facebook page has served as both an announcement board for the management, but also for fans to express their sadness and to offer help to owners Seaun and LaRae Richards.

The Mountlake Terrace community is looking forward to the reopening of one of its favorite eateries and offering a taste of Terrace to nearby cities.

As the Red Onion posted on Facebook, “We will be back.”