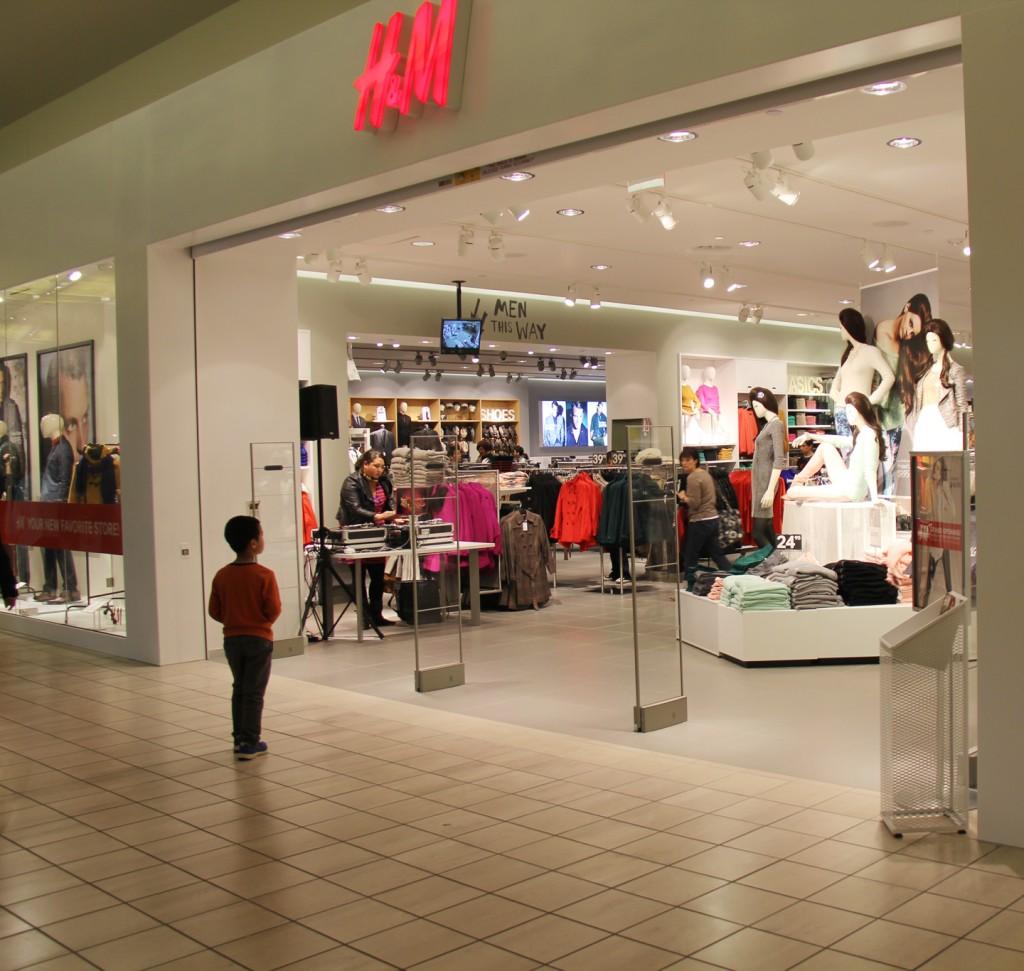 Daniil Oliferovskiy | Hawkeye Shoppers feasted on the fashion sensation that is H&M when it held its grand opening on Oct. 4. The store, located in the Alderwood mMall, is 18,00 square feet and its the fifth H&M in the region.

Don‘t be surprised to see some students walking around with a nice new outfit in the coming weeks. Internationally famous Swedish “fast fashion” chain H&M (Hennes and Mauritz) opened up a new location at Alderwood Mall on Thursday, Oct. 4.

The store can be described as a upscale Forever 21 with trendy clothing for both women and men, but at an affordable price range.

At 18,000 square feet, and covering the former locations of popular fashion store Forever 21 and other clothing shops, the store will hold sections for both women and men, accessories, lingerie, maternity wear, and even trendy children clothing.

The chain makes an effort to appeal to all kinds of customers.

“I would shop there, they have really nice selections for guys,” sophomore William Vongkhamchamh said.

With other H&M locations being as far south as Seattle, the new clothing store opening three miles away from our Mountlake Terrace High School is a huge accommodation to the beloved Alderwood mall.

“It‘ll be great to have it so close by,” junior Elizabeth Soth said.

The chain opened its first store in Washington in summer 2008 at Westfield Southcenter in Tukwila, and became an instant hit with the mall shoppers.

With 240 stores in the U.S. and over 2,600 stores around the world, the new Alderwood Mall store becomes the fifth in the H&M chain to open in the Puget Sound region. It resides in the Emerald City area along with H&M locations in Downtown Seattle, University Village in Seattle, Southcenter Mall in Tukwila, and at Tacoma Mall.

“I like the variety and the cheap sales on clothes they offer.” Soth said.

Be sure to check out the new store now that it is officially open.