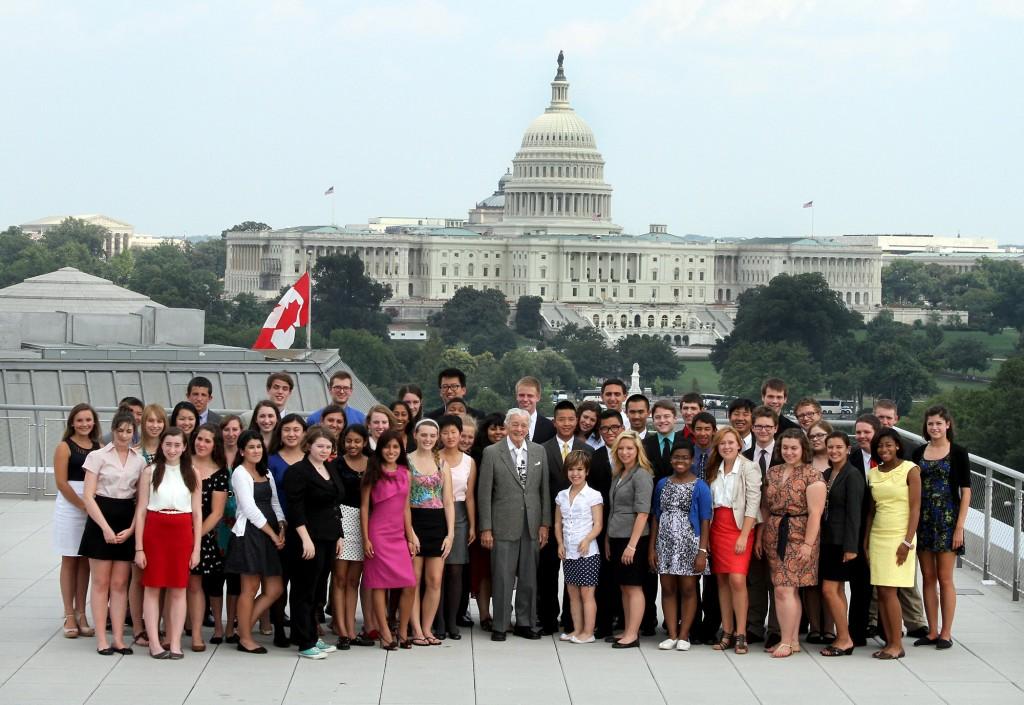 Reflecting on my week at the Al Neuharth Free Spirit and Journalism Conference is a uniquely difficult task. I could write a novel but I’ll try to succinctly recount my mid-July experience.

Each year, the Al Neuharth Free Spirit and Journalism Conference brings together 51 rising high school seniors, representing each state in the country and Washington, D.C., for an all-expenses paid trip to the nation’s capital for an intensive look into the field of journalism. Each scholar will also receive a $1,000 college scholarship.

After a lengthy application process, I was selected to represent Washington state at conference which was held from July 14-19. When I received the good news in the mail, I did a little celebratory dance and then ran around the house. I was excited beyond belief.

Then it was finally July 14 – the first day of the conference. Before I hopped on the plane to Washington, D.C., one of my favorite cities in the world, I eagerly anticipated the conference and the once in a lifetime opportunity to learn about journalism.

When I arrived and glanced at the jam-packed schedule, I was absolutely blown away by the impressive lineup of speakers.  CBS’ Face the Nation moderator Bob Schieffer, NBC’s Meet the Press moderator David Gregory, Pulitzer prize winning reporter Sara Ganim and Sen. John Thune were only a few of the speakers we listened to.

And of course, we met Al Neuharth, the founder of USA Today, the Newseum and the Freedom Forum. While I loved his red jacket and red shoes, I’ll remember how openly he spoke about his biggest disappointment, the financial failure of SoDak sports, and how it would eventually lead to his biggest success, USA Today.

The Newseum, which I hope to visit again someday, became my favorite museum in the capital because of its dedication to news history and its interactive technology. The museum with unique architecture also features a 74-foot high tablet of the First Amendment, which was a central focus throughout the week, on the front of the Newseum.

One of the Newseum’s most striking exhibits was the press freedom map that showed the amount of press freedom in every country in the world. It gave me a greater appreciation for the freedom of press in the United States, while many countries struggle with restrictions on the press and repressive governments.

While the freedom of press is particularly important for journalists, the remaining four rights of the first amendment are just as critical to the survival of American democracy. However, a national survey sponsored by the First Amendment Center found that only four percent of the 1006 Americans surveyed could name “petition” as a right guaranteed by the first amendment. This result, released at National Press Club on July 17, was appalling to me. Although telephone surveys are far from perfect, the percentage of people who can name all five freedoms in the first amendment is incredibly low.

All in all, the Free Spirit Conference was a fabulous experience and it was an honor to represent The Hawkeye, MTHS and Washington state at the conference. Getting on the plane back to Sea-Tac airport was bittersweet but I couldn’t wait to return home to tell everyone about my week and what I had learned. The 5:30 a.m. wake up calls. The late night memorial tours. The Wolfgang Puck catering. The evening cruise on the Potomac. The tour of USA Today’s headquarters. The Capitol visit where we witnessed Sen. Harry Reid and Sen. Mitch McConnell attack each other over filibuster rules on the Senate floor. I was in awe the entire week.

We met well-known politicians and journalists who provided insight about their jobs, the future of journalism and the future of this country. However, I was most inspired by my fellow Free Spirit scholars, many of whom are already well on their way towards journalism careers. Each person that I met at the conference was instinctively curious about the world around them and impressively talented in various ways.

As a journalist, I try to remain objective and unbiased in my stories and articles. But as a Free Spirit and attendee of such an inspiring conference, I believe that this article should be a notable exception to those principles.