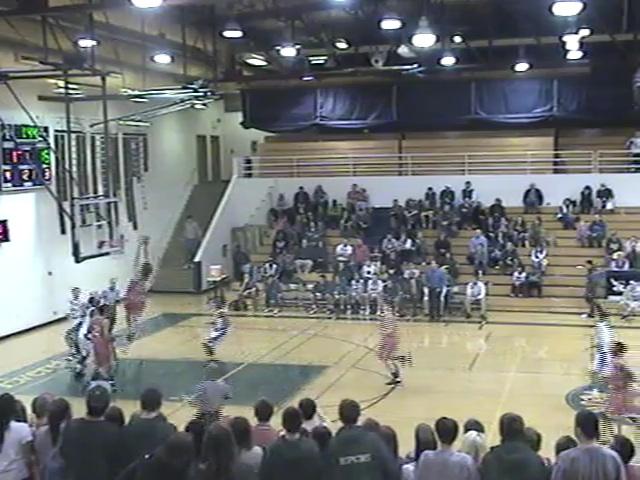 We’re referring to “The Dunk.”

Several men’s basketball fans have asked if there’s video of Ryan Shannon’s incredible dunk that took place Dec. 6 at Everett when the Hawks thumped the Seagulls 76-32.

Yes. And, thanks to the men’s basketball program, we have it for you.

Here’s the play-by-play of how The Dunk came to be:

• With a few minutes to go in the 1st quarter and the Hawks holding the Gulls to just one point, the Everett point guard brings the ball up the right side of the court guarded by Marquis Armstead.

• Seeing that Armstead has forced the Everett guard to switch to his weak hand on the dribble, Hawks guard Blake Fernandez swoops in and steals the ball.

• Armstead breaks to the middle of the floor setting himself up for a pass from Fernandez. Two Seagull defenders trail Fernandez and try to get to Armstead following Fernandez’s pass.

• Shannon has been trailing the play when Armstead receives the pass in the key drawing defensive attention from the Seagulls.

• Armstead takes a quick peek behind himself as he receives the ball and sees that Shannon is trailing. Instead of going up for the lay-in himself, Armstead unselfishly bounces the ball off the backboard.

• Shannon elevates and with both hands emphatically slams the ball home.

• The Terrace fans (in the foreground of the video) erupt. Several Everett fans can be seen applauding, too.

• Stick with the video, however! On the ensuing possession, Hawks guard Jesse Zerom takes a charge, thus completing an incredible sequence of events.