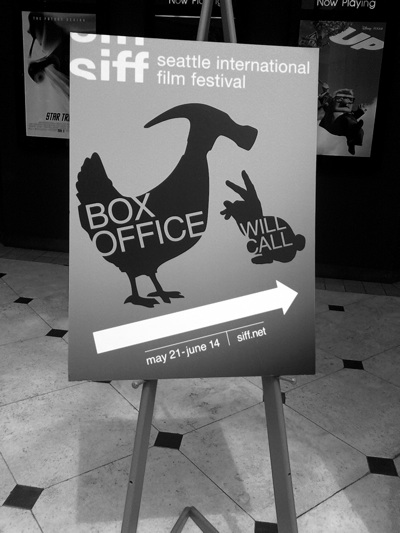 A sign at the SIFF, where Senior Nick Terry's film was accepted.

Expanding film through education, the Seattle International Film Festival (SIFF) offers youth under 18 the opportunity to submit their films to the festival for a reduced rate. The program is titled FutureWave. Senior Nick Terry’s film, “Senior Prom,” has been accepted into the festival through the FutureWave program. Guidelines to the program state that entered films must be no loner than 10 minutes, yet they made an exception to the rule for Terry’s 80-plus minute film.

SIFF is one of the largest, longest, and most prestigious film festivals in the world. In 2009 13 youth films debuted in the festival, selected from more than 100 submissions. SIFF’s mission is to create experiences that bring people together to discover extraordinary films from around the world. It is through the art of cinema that they foster a community that is more informed, aware and alive.

The festival will run from May 20 to June 13 at many locations throughout the Seattle area. Other questions concerning the SIFF FutureWave program, or if you want more information about when to catch Terry’s film, check the Hawkeye’s Web site for information as it becomes available.