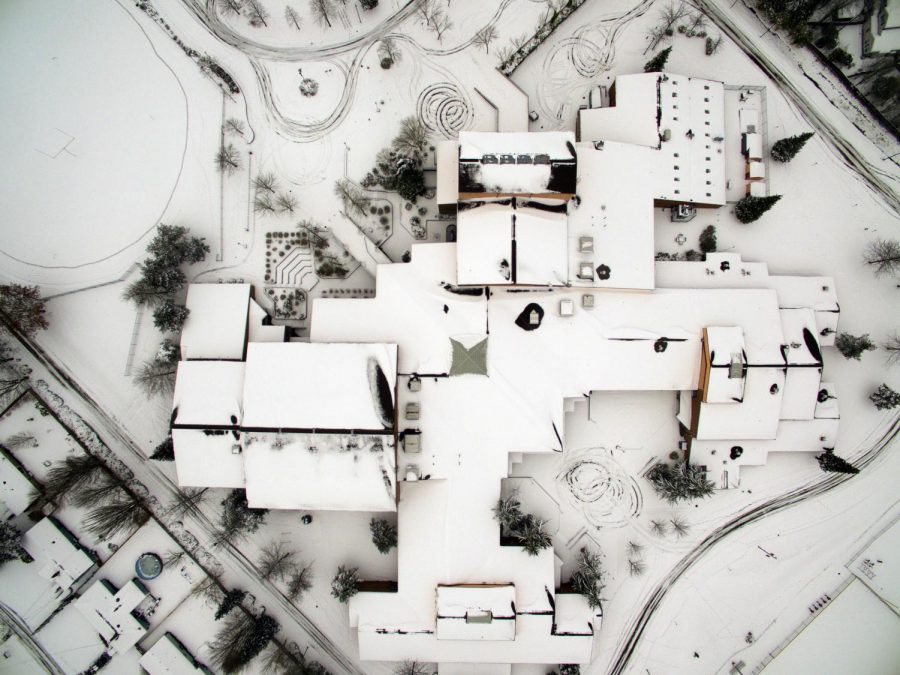 Snow blankets the entire MTHS campus following two straight days of record precipitation. This shot was taken from about 200 feet above the main building on Feb. 14, 2021.

A mid-February arctic blast combined with season moisture led to near-record snowfall throughout much of the MTHS service area during the Valentine’s Day weekend.

Some areas near Terrace reported more than a foot of snow that fell from late Friday, Feb. 12 into the early hours of Sunday, Feb. 14. While significant snowfall has struck the area in the distant past, this storm brought more snow than any current student had seen in their lifetime.

The storm struck during the long Presidents’ Day weekend, so school wasn’t impacted by the storm, although it likely wouldn’t have been anyway since classes in the Edmonds School District have been almost exclusively online since the COVID-19 pandemic closed campuses on March 13, 2020.

The forecast for the remainder of the week has temperatures back in the mid-40s with no future snow showers in the near future.