Heartbreak in the SunDome: Hawks fall to Black Hills 52-50

The Hawks finish an incredible season with an 18-8 record 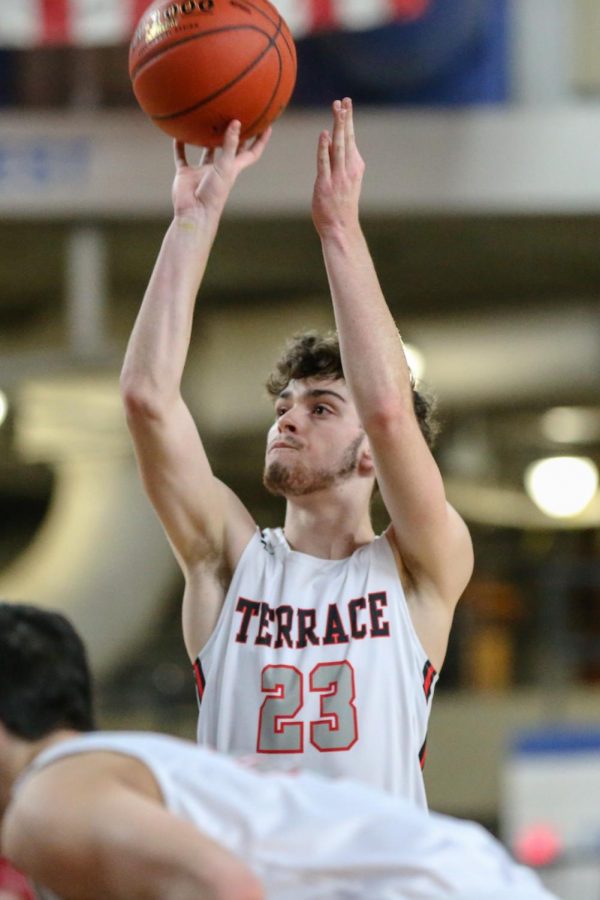 All signs pointed to overtime as the clock showed :04 remaining in the game, and the actual time approached 10:20 p.m. in the Yakima Valley SunDome Wednesday night.

But the clock may as well have struck midnight as the Hawks’ season came to an end on an improbable put-back shot in the loser-out 2A men’s state basketball contest. The winning shot came as time expired after the Black Hills Wolves from Tumwater in-bounded the ball under their own basket. The Wolves’ initial quick shot hit nothing but air, but the follow-up was true, banking off the glass putting the Wolves up for good 52-50.

Despite the heartbreak, the Hawks’ 18-8 record defied their youth as they graduate just two players from the entire program. Granted, guard Mason Christianson and forward Bradey Blackmer are tough, skilled, leaders who certainly will be a challenge to replace. Still, if you’re a Terrace fan, the next few years look to be exciting with much of the core returning along with a solid group of underclassmen who have seen plenty of minutes this season from this deep squad under head coach Nalin Sood.

The Hawks led in most categories that matter against the Wolves Wednesday night, out-rebounding Black Hills on both the offensive (15-11) and defensive (19-16) glass, but came up short in two areas where Terrace hasn’t struggled much at all this year – 3-point shooting and charity shots from the line. The Hawks were just 2-for-13 from beyond the 3-point line (15 percent) and just 16-for-24 from the free throw line (67 percent). The Wolves were 7-for-20 for 3s (35 percent) and 15-for-17 from the line (88 percent).

The Hawks were 3-3 in post-season, but incredibly competitive coming up an average of just 5 points short in each of their three losses. The Hawks will tip off the 2020-2021 season on Tuesday, Nov. 24 at JAM SESSION XXVII in the Terraceum.

EDITOR’S NOTE: A special thanks to Terrace alumnus Jonah Wallace of Seattle Sports Photography for the photos of the Hawks’ game against Black Hills. The Hawkeye photographers were unable to attend the game due to illness. Wallace has been a mentor to Hawkeye and TEMPO photographers and his expertise has been invaluable.