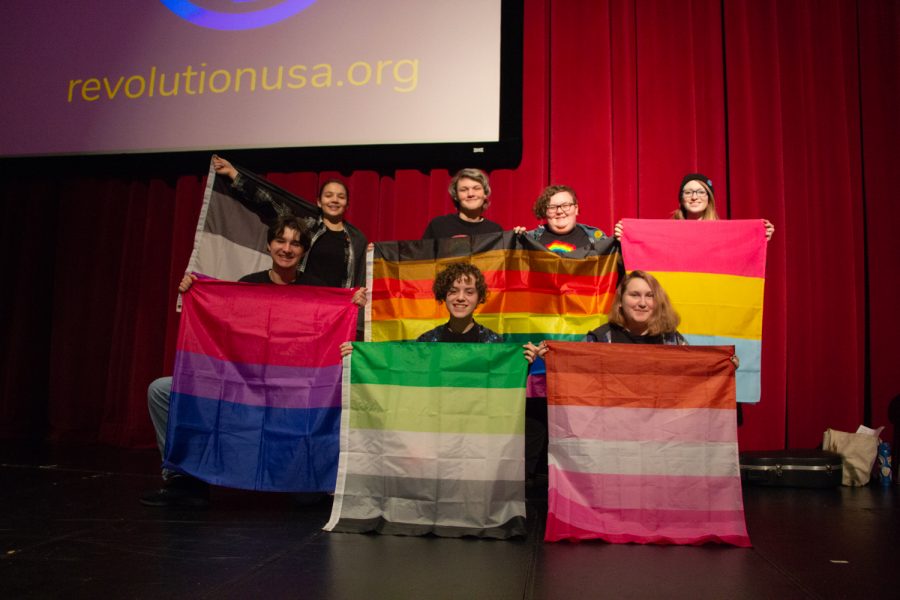 As a kick off to Terrace’s Week of Love celebration, the Gender Sexuality Alliance hosted an optional assembly during PASS in the theater. The assembly was meant to serve as a time to foster a supportive, inclusive and caring community.

The members of GSA detailed the definitions and history of the featured sexualities, and explained how the design of their flags represented each one.

“Love is bittersweet,” they said. “It [love] isn’t kind at times, but that makes it no less sweet and, above all, necessary.”

Toward the end of the assembly, science teacher Jonathan Tong and junior Sophie Stelmack performed “Can’t Help Falling in Love” by Elvis Presley.

“[The song] really sends a message of what love is,” Tong said.

At the very end, Tong thanked all those in attendance and urged people of all backgrounds to fight for equality in all aspects of society.

“I am not [gay, black or a woman], but you don’t have to be to support equal rights,” Tong said.