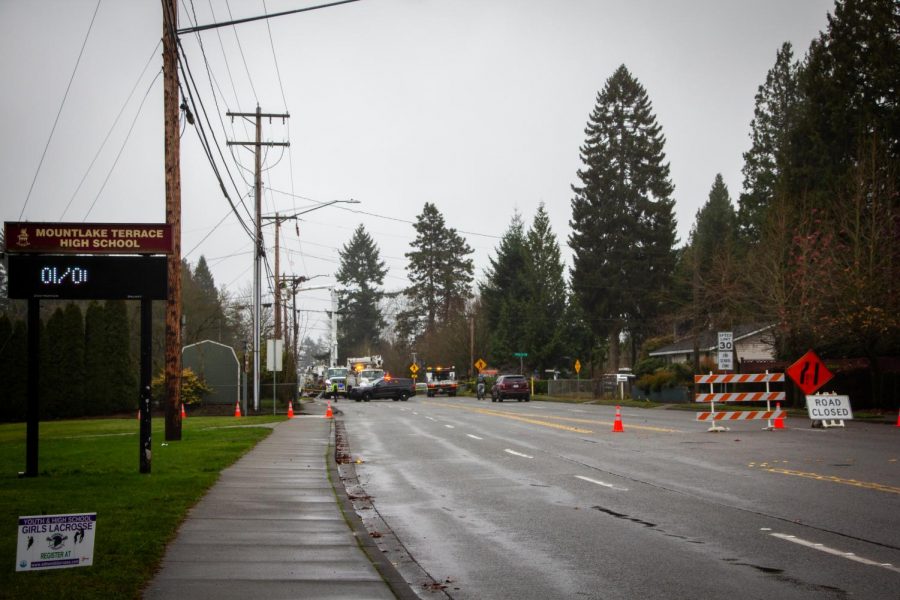 44th Avenue West was blocked off in both directions at 220th Street Southwest and buses were directed toward an alternative route.

44th Avenue West just south of Mountlake Terrace High School reopened at around 3 p.m. on Monday after being closed most of the day due to a fatal vehicle accident that led to downed power lines and a house fire.

A car crashed into a home on the east corner of 44th Avenue West and 220th Street Southwest in Mountlake Terrace in the morning, resulting in a fire in the house and the death of a person in the vehicle. The incident occurred at approximately 7:45 a.m. when the car sheared through a power pole and went through a fence before hitting the back of the house.

44th Avenue West was closed in both directions at 220th Street Southwest in the aftermath of the accident due to the operations of emergency vehicles and subsequent work by the Snohomish County Public Utilities Department to repair the damage. Drivers were warned to avoid the area until the late afternoon.

One woman was inside of the home at the time of the crash and was not injured, although she was taken to the hospital as a precaution due to smoke exposure, according to South County Fire.

The fire in the home either resulted from the collision or contact between the house and downed power lines. Support 7 and the Snohomish County branch of the American Red Cross are assisting the couple who have been displaced by the damage to their home.

It was not known if the person found dead inside of the car was the driver, as the victim was not wearing a seatbelt. The cause of death is not yet known and potentially could have resulted from a medical emergency before the crash or from the collision. The Snohomish County Medical Examiner will determine the cause of death.

The Snohomish County PUD repaired the downed power lines late into the afternoon. 44th Avenue West remained closed until approximately 3 p.m. but was reopened in time for the evening commute.

In addition to first-hand accounts, the Hawkeye referenced the twitter feeds of South County Fire and the City of Mountlake Terrace.