Supt. Kris McDuffy: One for the books 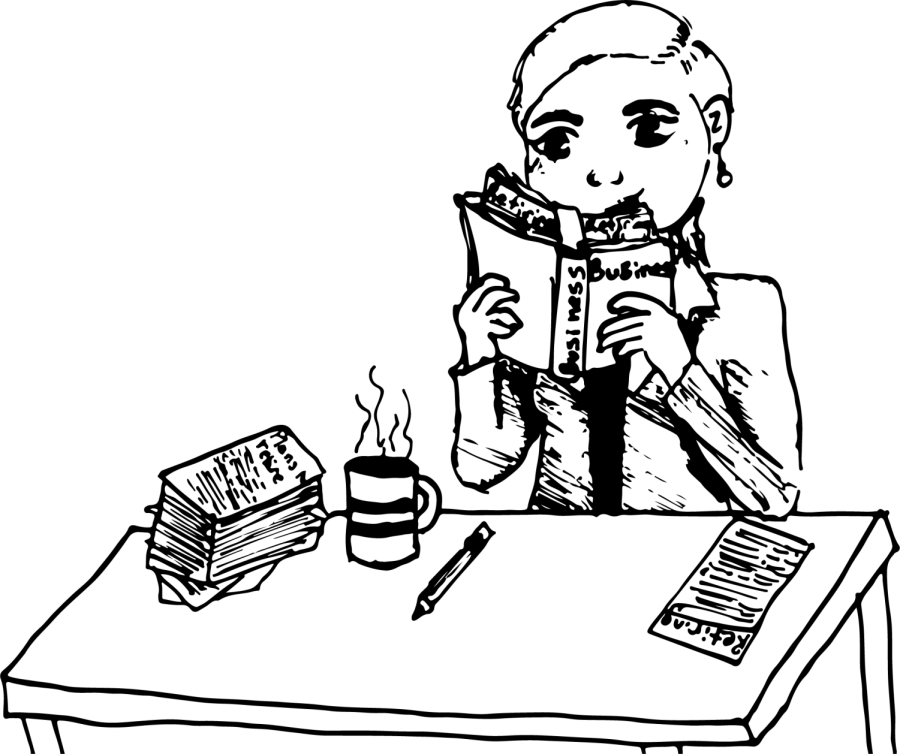 Dr. Kristine McDuffy, after 37 years involved in public education in Washington state, 17 of which were spent as a superintendent, announced in August that she would be retiring at the end of the 2019-2020 school year. She has served as the superintendent of the Edmonds School District since the start of the 2016-2017 school year.

McDuffy’s passion for education began at a young age, expressing itself through the games she played in her childhood.

“I was one of those children who would gather the neighborhood to play school,” she said. “I was so proud to be an educator and knew that I could positively impact the lives of the children and young adults who I served.”

Fostering this love of teaching, McDuffy began her teaching career as a student-teacher at Lynnwood High School. Then, she went on to teach in the Shoreline School District for several years and served as an assistant principal for several more before eventually becoming a principal. Eventually, she was appointed to serve as the superintendent in two other districts in Snohomish County before rejoining the ESD in 2016 as its superintendent.

“It has been so special to return to where the journey began,” she said.

During her time with the ESD, McDuffy is most proud of the team that is in place and the work that is constantly underway to improve the educational experience of students.

“We have been focused on clarity, coherence and teamwork, and we have come a long way,” she said.

In particular, McDuffy is proud to have been a part of creating the five-year strategic blueprint for 2025, entitled Building Bright Futures.

“It [the blueprint ]provides clarity of who we are, what we stand for, where we’re headed and how we will measure our progress.”

In addition, McDuffy has enjoyed seeing the establishment of a culture of teamwork throughout the school system.

“Our work on equity across our system has been such critical work and has been so rewarding. I am so proud to have been a part of moving that work forward.”

She feels that the ESD is a special place with a wonderful reputation and an even more engaged community. However, she knows that improvements can always be made.

“We have been taking a hard look at our data and our practices to see where we need to improve,” she said. “There is a strong foundation and great opportunities ahead.”

However, McDuffy’s time as superintendent in the ESD didn’t go without challenges, the largest of which came as a result of the McCleary decision warring with other laws.

In 2012, the Washington state Supreme Court ruled that the state government wasn’t providing enough money to school districts to fund basic education in what became known as the McClear Decision.

In 2018, the state legislature and Governor Jay Inslee agreed to provide more money to school districts to fully fund the Supreme Court’s definition of basic education. Their agreement involved an increase in statewide property taxes that they would use to fund education. Around that time, lawmakers also reduced the amount of money districts could collect from voter-approved local property tax levies, creating a dent in the district’s funding plan.

As a result of these decisions, the ESD found itself losing nearly $20 million spent on programs not classified as basic education by the state, and McDuffy found herself at the head of the charge, attempting to balance the budget.

“Everything from standards and accountability to how our schools are funded have seen incredible change,”  McDuffy said. “ We have worked hard to stay on top of these changes and help the system adapt.”

McDuffy’s decision to retire comes from a desire to explore a new chapter in her life with her family. After retirement, McDuffy plans to catch her breath and explore the other adventures that await outside of the school district.

“I may continue my teaching in higher ed and explore what other ways I may be able to contribute,” she said.

Assistant Superintendent Justin Irish is sad to see McDuffy go and sees her as a role model for how to support students from an administrative position.

“I have had the pleasure to work closely with her these past three years. She deeply cares about improving systems that support students. She is an inspirational and brave leader who does whatever it takes to make the Edmonds School District the best it can be. I admire her greatly,” he said.

In addition to her position as a teacher, principal, assistant principal and superintendent,  McDuffy also served as the director of education administration programs for Western Washington University. However, among the highlights of  her time as superintendent with the ESD, McDuffy has always enjoyed going to classrooms and seeing the talents and skills of the students firsthand during the school day.

“We have the most amazingly talented students and staff anywhere! When I visit classrooms or attend after school or evening events where our students are showing their skills and talents, I am filled with pride and a sense of our future is in such good hands!” she said.

Assistant Superintendent Greg Shwab feels that  McDuffy has served the ESD selflessly and with care, and will miss the great experience that she brought to the position.

“The way in which she has handled the announcement of her retirement, making our school board aware of her intent to retire a whole school year ahead of her end date in order to give them time to engage in a search process to find her replacement is one of many examples of how she puts others before herself and why she is such a quality superintendent,” he said.

Although  McDuffy is ready for the next chapter in her life, she is glad to have made a contribution in what she feels is “the world’s most important work.”

“It has been such an honor to serve the Edmonds School District community,” she said.