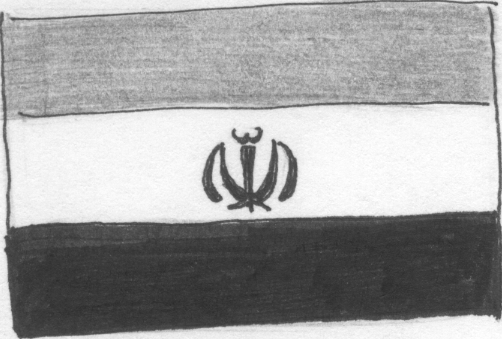 
Iran rejects further talks
After President Donald Trump expressed hope after the G7 summit that Iran would be willing to meet with the United States to discuss an end to its nuclear program, Iranian President Hassan Rouhani said that no meeting would take place until America repeals the economic sanctions it has placed on the country. Rouhani maintains the position that, until America lifts its sanctions, it will continue to scale back the limits placed on the country’s nuclear program by the 2015 Iran Nuclear Deal. The Trump Administration says that sanctions will only be lifted if Iran agrees to renegotiate the nuclear deal and limit its intervention in other nations.
Queen suspends parliament
British Prime Minister and Conservative Party Leader Boris Johnson has committed to withdraw from the European Union by October 31, even without reaching an economic agreement with the EU. On August 28, Queen Elizabeth II approved the suspension of Parliament from September 10 until the new session opens on October 14. This allows Johnson a month to work out Brexit plans without interference from Parliamentary opposition. The announcement sparked outrage, with House of Commons Speaker John Bercow denouncing it as a “constitutional outrage” and Labour Party Leader Jeremy Corbyn calling it a “smash-and-grab on our democracy in order to force through a no-deal exit from the European Union.”
National

Mass shootings shock nation
Over the summer, there were multiple mass shootings in the United States, adding to the whopping total of over 250 mass shootings in America in 2019 alone. A major shooting occurred on August 3 at a Walmart located in El Paso, Texas during a busy weekend for back to school shopping. It resulted in 22 innocent deaths and is considered by Governor Greg Abbott to be “one of the most deadly days in the history of Texas.” Minutes before the shooting, the perpetrator posted a manifesto online detailing his hatred of Hispanic immigrants and belief in a white supremacist conspiracy theories. Within 24 hours, a shooting occurred in the downtown Oregon District of Dayton, Ohio. Despite only lasting seconds, the shooting left nine dead.
Johnson and Johnson pays up
Johnson and Johnson, notable drug and household product manufacturer, has been ordered to pay $527 million dollars to Oklahoma for its role in perpetuating the opioid crisis by overstating the benefits and downplaying the risks of prescription painkillers. The $527 million judgement is far from the $17 billion that Oklahoma had hoped for, but it should pay for around one year of drug treatment services for those affected by the opioid epidemic. The result of this trial is the first of its kind, and gives hope to those involved in the thousands of similar suits against pharmaceutical companies across the country.
State

Jay Inslee drops out
Washington state Governor Jay Inslee (D) suspended his presidential campaign on August 21. He ran on a platform of climate activism, which he intends to maintain as he shifts his attention to running for a third term as Governor. Inslee had met the donor requirements for the September democratic candidate debates, but, “it became clear that we would not meet the DNC’s polling threshold, thus we would not have been invited to the fall debates,” he said in an email to his supporters.
Delete Image
Align Left
Align Center
Align Right
Align Left
Align Center
Delete Heading