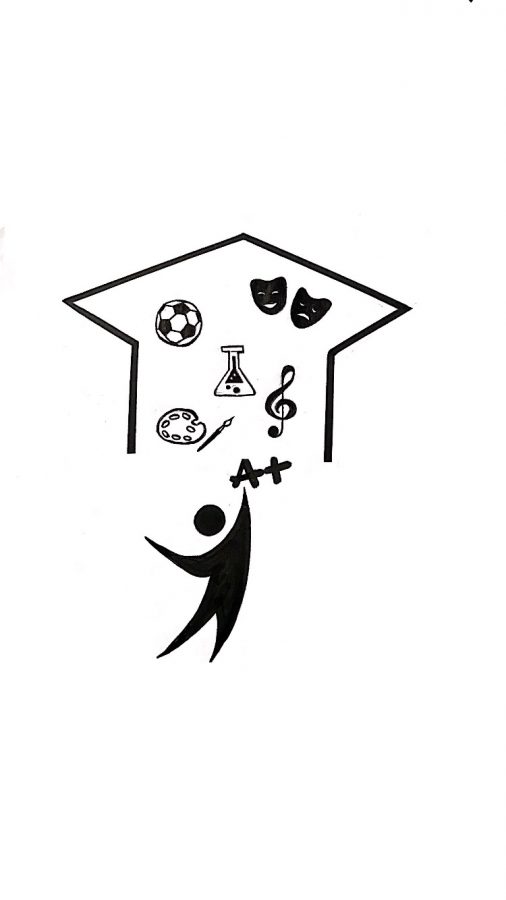 Extracurricular activities are a crucial part of the high school experience for many students. From sports to after-school clubs, participation in these activities is often associated with greater community engagement, higher academic performance and a plethora of opportunities for making friends and expanding social connections, among many other benefits.

Many worry that, as extracurriculars take away time that could be used for studying or the completion of homework, grades can suffer as a result of involvement in programs outside of the regular school day. However, an analysis of a multitude of studies on the issue shows that, in general, the opposite is true.

Rather than showing a decrease in grades with greater extracurricular involvement, results from a National Center for Education Statistics study shows that among American public high school seniors, those who participated in extracurricular activities had a nearly 20 percent greater chance of having a GPA of 3.0 or above compared to those who did not partake in those activities.

Participation in extracurricular activities has been shown to increase time management skills and concentration, both of which can immensely aid students in the successful completion of school work. However, this is not to say that overloading one’s schedule with rigorous classes and multiple high-level time commitment activities is beneficial.

MTHS counselor and National Honor Society advisor Julianne Petterson expressed that, although many students can balance their schedules between hard classes and extracurricular commitments, successful students must also be able to prioritize their time and get the most out of their commitments.

Petterson went on to give an example of a time in which she was impressed by the ability of a student to recognize their limits and manage their time accordingly.

While Petterson was initially disappointed that she could not continue to work with the student in Honor Society in the following school year, she was ultimately impressed by the student’s ability to manage her time so effectively.

Ideally, a student can find the proper balance between their schoolwork and their involvement in activities outside of regular school hours. Petterson emphasized that, although these programs take place after the day has officially ended, they can often be essential to a successful education.

“The motivation to stay engaged with learning can come from the extracurriculars and it is often just as important as what is taught in classrooms,” Petterson said. “The kids who are involved in extracurriculars, they’re finding a reason to come [to MTHS].”

In addition to greater academic performance, extracurriculars also serve to significantly promote a sense of belonging, both in a particular interest group and in the school community as a whole.

“High school is the one time in your life when you can do certain things and be in a smallish scale and connect with people of a particular interest,” Petterson said. “We want all kids to belong in something.”

Statistically, students involved in some form of extracurricular organization graduate at a higher rate than those without such involvement. Data from the National Education Longitudinal Study shows that students participating in extracurriculars have a 17 percent greater chance of graduating high school over their non-participating peers.

“If you have kids who are connected to the school in some way, whether it’s sports, journalism, art clubs, STEM clubs, dance teams or whatever it is, it is a predictor of a higher graduation rate,” Petterson asserted.

Petterson believes that a variety of school-sponsored activities can have many specific benefits for individuals who involve themselves in them.

“Sports are really important too; you get the workout and you get the teamwork experience in high school,” Petterson said. “Drama club is incredibly important to me because you see kids who have a difficult time one-on-one, and then you see them on stage being a totally different person and I know they learned a lot from that.”

Petterson, as the faculty advisor for the MTHS branch of the National Honor Society, also has a special insight into the ways in which involvement in that organization helps students find a path to the future. She specifically points to the positive effects of community service on helping students develop as people.

“Kids [in Honor Society] are required to do community service, which I believe helps kids figure out their path for the future, because I think the more you do either as a volunteer or in a paid job or in a club, you figure out what you like doing and what you’re good at doing, and from there you can make decisions about your future.”

In addition to community service through extracurricular clubs at the high school level, Petterson also points to the benefits that can be derived from outside of school jobs, even if they seemingly have no bearing on a student’s future career goals.

“Even if you’re bagging groceries at Albertsons, you’re going to learn getting to work on time, getting along with all sorts of people and showing work ethic, it’s all valuable,” Petterson said.

Involvement in an organization bigger than one’s self can also lead to form lasting connections among one’s peers, which is often identified as one of the most challenging aspects of high school. Making friends in extracurriculars is also likely to further involvement in the organization, which can lead to even higher levels of social connectivity.