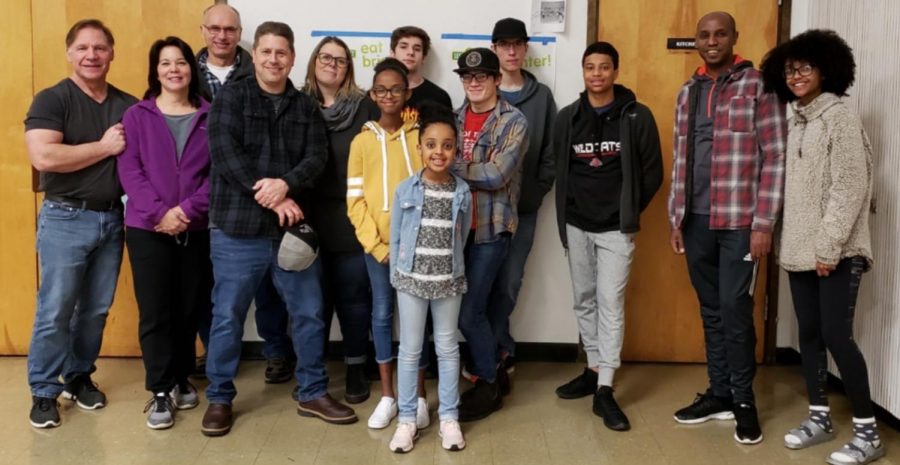 Courtesy of the Nourishing Network 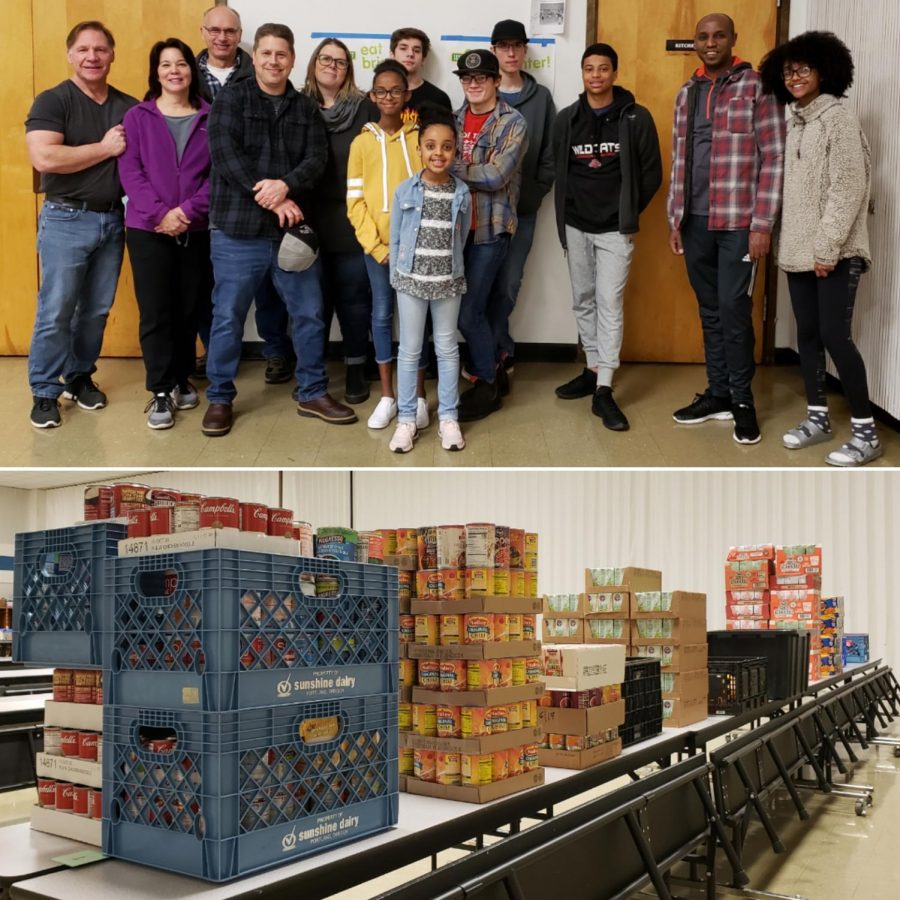 © HAWKEYE Courtesy of the Nourishing NetworkA group of volunteers from the Calvary Chapel in Edmonds gather for a group picture after bagging weekend meals. The lower half of the picture shows an abundance of food items that went into these packages, which were sent out the week after the Nourishing Network were unable to send out meals due to snow.

In the midst of cold weather, warm acts of kindness melted the snow. Community members supported the Nourishing Network (NN) in its efforts to deliver weekend meals to families in the Edmonds School District (ESD).

The NN was unable to meet its weekly goal of distributing food to students on Thursday, Feb. 14 for the first time in its history, according to Program Manager Thame Fuller. Due to poor driving conditions and school closures during the “snowpocalypse,” the team could not prepare their meal packages in a timely manner.

“It affected us dramatically. It takes a big, collaborative effort [of] multiple volunteers teams working in concert together each week for us to distribute our weekend meals throughout the district,” Fuller said. “This week for the first time ever, we were unable to make our delivery for weekend meals [on Thursday].”

As the NN serves 224 students, Fuller found it “pretty tough” to communicate the bad news.

“It was the first time ever that we weren’t able to get the meals out and that was obviously difficult. These are families that are in challenging circumstances and it’s already hard for them and they rely on us,” he said. “It’s very difficult to be the bearer of bad news like that.”

Volunteers and Parent-Teacher Associations from around the area mobilized to fill the gaps in the quest to feed hungry families.

“Some of our community partners stepped up. They weren’t limited in the same ways we were in the district’s school schedule. They took matters into their own hands,” Fuller said. “For some schools, this was not something we could make happen, but there were some people who… got some meals to those students anyway.”

Proactive citizens aren’t unfamiliar to the NN. The week before, all weekdays were impacted by inclement weather and the packaging teams were unable to come in to help. Nonetheless, both staff and volunteers condensed the process to a few days and offered to deliver meals because the LPD could not drive in the snow.

“It just shows how eager to serve and eager to help our various community partners are. I’m very thankful for that,” Fuller said.

In the midst of these roadblocks, Fuller is reminded of his “love-hate relationship” with his job.

“What I mean by that is I hate that there is so much need and that there are so many families throughout our school district that are struggling to the degrees that they  need support with just weekly food and so on,” he said. “My heart aches for them.”

However, the big hearts of community members continue to uplift Fuller.

“The love part of it is I love seeing how supportive our community is and how eager [they are] to provide the food. I mean, all the food we get is donated food,” Fuller said. “[I see] how eager people are to serve and to help, and so I love getting to be a conduit of generosity in our community.”

The program follows a week-long process that adheres to  the ESD’s school schedule and involves the help of about 45 community and church partners.

All food used by the NN is donated by community partners and typically comes in on Mondays for volunteers to process. The next day, volunteers pull items from the inventory to create the 15-item weekend meal bags. Another group assembles these bags during the evening.

On Wednesday, other helpers inventory and stock the new donations from that week. Come Thursday, delivery partners like CrossFit Industrious and the Lynnwood Police Department’s (LPD) Citizens Patrol work together to send meals to 30 different ESD schools.

Students in need will see the designated point person at their school to pick up their supplies for the weekend. At MTHS, that person is Student Support Advocate Latisha Williams.

“It takes the whole week to pull that together,” Fuller said.

The NN serves students in the McKinney-Vento program, which is a federal mandate that requires schools and school districts to help students who are technically homeless. The approximately 600 qualified families in the ESD also receive assistance that allow students to stay in the same school, even if they leave its “zoning.”

Students looking to apply for the McKinney-Vento program are encouraged to speak with their counselor or student support advocate.

Additionally, the NN protects the anonymity of its students and was unable to recommend affected students or families for an interview with the Hawkeye. The counseling office at MTHS also did not respond to a request for a private interview with any students who were impacted by the missed delivery from the NN.

People looking to join the NN’s mission can visit their website or contact Fuller at thame@foundationesd.org to participate in events such as the weekend meal preparation or holiday meal program.