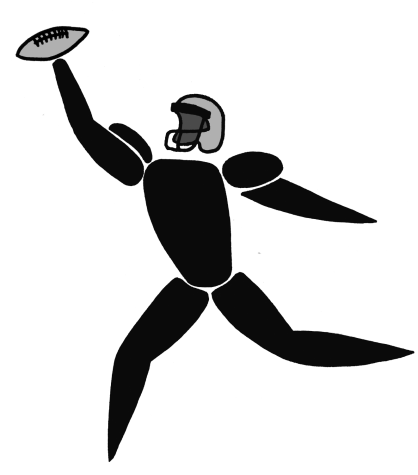 For Hawks football, their season was one to remember. Football switched into 2A this year, so they didn’t really know who they were going to be going against. However they expected to make it far into playoffs, and it looked like that was going to happen.

Their conference record was 4-1, making them league champs for the first time in Hawks football history, sharing the division title with Sehome and Bellingham.

Their biggest win for the Hawks was on Friday October 5th against Blaine. The Hawks came ready to play and won 40-0.

However this success came to a slow stop as the Hawks saw their players getting injured. Senior leading receiver/punter/defensive back Brandon Bach who contributed major amounts to the team was out for the rest of the season due to a broken bone in his foot.

With part of the starting lineup being crippled, the Hawks did not advance as far as they wanted to in postseason, but despite the ending the Hawks still had a season to remember.

“I hope more people will be willing to [do] football next year because of how far the team has come over the [past] few years,” Latham said.