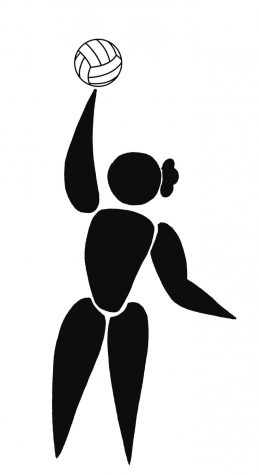 Although the volleyball team struggled to finish their games with a win, they had a hard fought season.

“I don’t think our record this season truly defined our skill level at all,” senior captain Karly Rismoen said. “I think if we could go back and redo it all, we would. We had so many close matches but had a lot of difficulty focusing on wanting to win.”

The varsity team came into the season having lost quite a few key players from last year and lacking in height from previous years. They finished the season 0-14 in conference and 1-14 overall. The team’s main goal was to rebuild skill from the skilled players they lost from last year’s graduating class and lay the foundations for success in future years. Individually, the volleyball team experienced much growth this year and players were able to show their personal levels of talent.

“I think overall we played pretty well,” Rismoen said. “Our team is very talented individually, we just had difficulty finishing games and really wanting to win as a team.”