Has the sun set on tradition?

It seems fewer students participate in spirit events each year. Why? 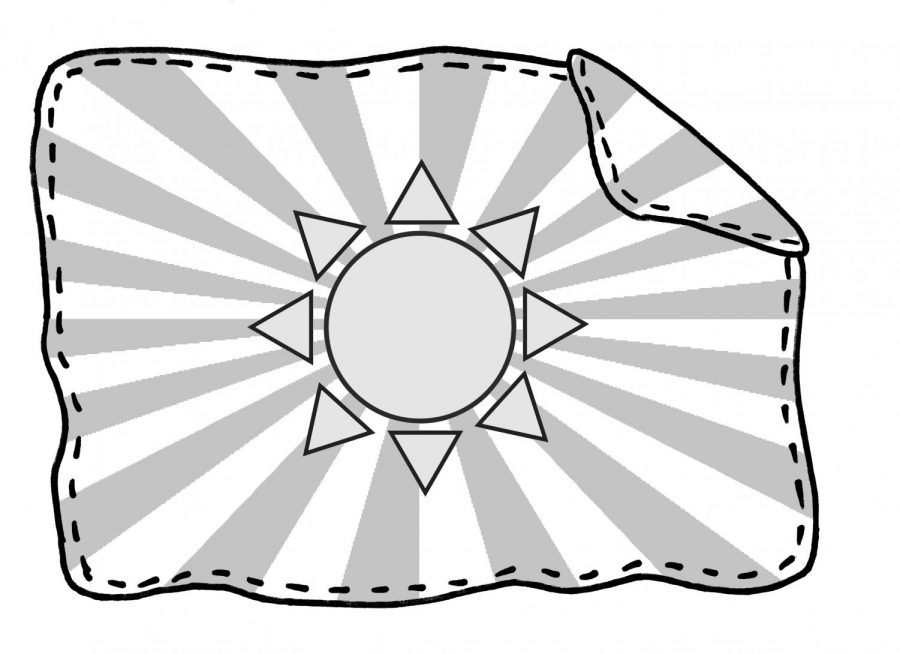 On a wall in one corner of the upstairs hallway, there are several posters with several teachers’ answers to questions like, “Who’s your favorite superhero?” and “Who inspires you?” Yet there is one question that seems an easy answer, but at the same time, a difficult one: “What is your favorite MTHS school tradition?”

Looking over the answers, you’ll find examples such as “Supersonic,” “multicultural assembly,” and a few joking “summer vacations.” However, the very existence of the jokes brings another question to light: why are school traditions not taken as seriously as they once were?

First, one has to understand what exactly a tradition is, as plenty of students don’t actually realize the school has any.

As defined by the Merriam-Webster Dictionary, a tradition is “the transmission of customs or beliefs from generation to generation,” and at MTHS, there are quite a few.

They include, but are certainly not limited to: spirit days like class colors and dress-up days, multicultural weeks, the Spirit Drum, macho volleyball, and many assembly-specific traditions like Supersonic, ice cream and cake and yelling “fight” during the national anthem. There’s also several senior traditions, like senior sunrise, unofficial end-of-year pranks and senior skip day.

As anybody can see, MTHS is not lacking in traditions. What seems to be lacking is the spirit behind them.

The amount of participation in school traditions, namely the largest, like spirit weeks and assemblies, has never been 100 percent, yet it seems that lately more and more students aren’t participating at all.

Tolo, for example, was a dance planned last school year that was cancelled due to only around 20 tickets being sold, when at least around 100 were needed to make a profit for the ASB.

The specific reasons for why school spirit has been falling through, though, vary between students. In general, it seems people attribute the decline in spirit to simple disinterest and students not being able to participate.

Disinterest is the lack of wanting to engage with spirit activities. Why the apathy has grown can of course be blamed on just “teens being teens,” with more distractions today than ever before taking up the time that could be spent on participation.

“Most events would require time and effort to participate in, and I just don’t care that much,” junior Sebastian Turner said.

Junior Mitchell Givens has a different version of disinterest, though, saying, “It’s not really my focus when coming to school.”

However, for some students, it’s the traditions themselves that cause their lack of participation.

The accessibility of the traditions has a lot to do with the number of participants, as many students related that non-participation came down to not having what was required for the activity.

Senior Glaxton Joseph reflected the idea for some of the traditions, namely spirit days, are just “too hard” for most of the student body to participate in.

“Some of the spirit days just aren’t very much fun or inventive, and sometimes they’re just a little too much, like jazzercise,” senior Alex Jackson said. “Some people just don’t have the stuff for it, and for others it’s embarrassing.”

Senior Alec Baines summed it up as, “The less effort, the better.”

When it comes to class colors day, math teacher Daniel Johnston says, “We should be looking for ways to unite us rather than separate us,” referring to the separate colors and age getting in the way of school unity.

Yet with all that said, there is a big exception to the idea that “traditions are dying.” Specifically, the level of senior participation in spirit activities far outstrips that of the other classes – just look at the sea of red whenever there’s an assembly on a class color day.

Many seniors agree that there seems to be greater involvement due to having more traditions specifically targeted at the class, like senior sunset and unofficial events like an end-of-year prank and senior assassin. This is influenced by the fact that, for many, senior year is the year that the looming finality of high school finally catches up to them, and they come to the belief that they should experience all that they can in school while they have time, including the traditions.

“As a senior, I should probably do more stuff,” Jackson expressed. “You think it’s stupid for the first three years, and then you think, what the heck, you might as well do it.” Senior Niko Johnson also supported the idea by saying how, now that he’s older and has more money due to a job, he can afford to spend more on traditions like spirit days, and now that he has a car he can drive himself to more activities.

The inverse is true for the freshmen. A cursory glance at their homecoming hallways every year almost always tells the same story – a lack of school spirit. Due to being so new, as far as homecoming is concerned, there is a distinct lack or reason to put in the effort to school traditions. Except for, perhaps, this year.

“I don’t remember anything from freshman year, but sophomore and junior year I at least knew about [homecoming],” Joseph said.

Of course, with everything said and done, it’s obvious that not everyone is uninterested in school traditions. Junior Preston Thrush, being in ASB and thus wanting to spread spirit, tries to participate in as many activities as he can. Juniors Ethan Moore and Josh Beam both agree that participating in activities that are fun and interesting is great for showing school unity and spirit.

In the end, can it be said that the reason for the “death” of school traditions is due to lack of interest in the activities, or that traditions are too hard to access? And are MTHS traditions going to go away for good? That’s unlikely, given the amount of spirit that still lives within the students.