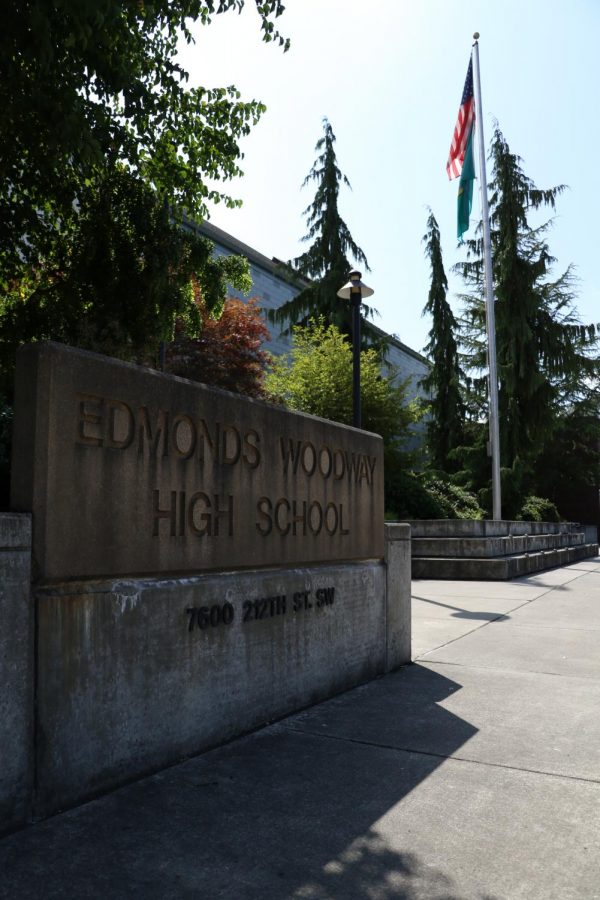 The Edmonds Education Association held its general meeting at Edmonds-Woodway High School to ratify the contract that would approve the salary increases for teaching staff in the Edmonds School District.

The Edmonds Education Association (EEA), the labor union for teachers in the Edmonds School District (ESD), has reached an agreement with the ESD resulting in significant increases in teacher salaries. Salary increases, which are occurring across the state, are a direct result of a 2012 Washington Supreme Court ruling known as the McCleary decision which held that the state has not been providing ample funding for public education. As a result, the state legislature has increased funding for public schools by billions of dollars, including two billion dollars for educator compensation.

Rather than have school districts depend on unreliable funding from levies, the McCleary decision made it clear the state must supply enough funding for essential services such as teacher salaries, as the previous dependence on levies was declared to be unconstitutional.

In 2015, the Supreme Court ruled the state was in contempt of court, as it failed to produce a satisfactory plan to fund education. The court imposed a $100,000 daily fine until such a plan was created. In November 2017, the court ruled that the proposed 2017-2019 budget still failed to meet McCleary obligations. To meet the September 2018 deadline the state would need to increase basic education funding by $1 billion and increase funding for educational staff by another $1 billion.

In June of 2018, the Court ruled the budget proposed by the Washington state legislature in March met the state’s constitutional obligation and ended the fine.

The EEA was one of the first school associations to sign onto the McCleary lawsuit, which began in 2007 when the McCleary and Venema families sued Washington state over inadequate education funding in violation of the state’s constitution. The ESD also quickly signed on to the lawsuit, and former ESD superintendent Nick Brossoit was one of the key witnesses in the McCleary trial. Additionally, Brossoit served as the president of the Network for Excellence in Washington Schools, a coalition of over 440 community groups, school districts and education associations that fought for ample educational funding in the McCleary case.

The Washington Education Association (WEA), the largest teacher union in Washington state of which EEA is a regional branch, quickly began negotiating staff salary increases with districts across the state after the Supreme Court ruled the state was in compliance with the funding mandated by the McCleary decision. The WEA has secured major salary increases for school staff in over 30 school districts and many more local teacher unions associated with the WEA continue to negotiate.

Starting salaries for teaching positions within the ESD will be $62,688 a year, an increase from $52,688 during the 2017-2018 school year, while top-paid teaching positions will make $114,272 a year, an increase from $101,022. Additionally, the time it would take for a teacher to go from a starting salary position to a top salary position would be reduced from 28 years to 14 years.

However, not all of the money being supplied by the state legislature because of the McCleary decision is meant to be going towards increases in staff salaries. Beginning in the 2019-2020 school year, $500 million will have to go towards reducing class sizes in kindergarten through third grade, a process which will involve hiring more teachers. If the school districts do not properly direct the these funds towards reducing class sizes, the additional funding meant to reduce class sizes will be lost.

EEA president Andi Nofziger explained the salary increases in the ESD are a result of heavy research conducted by the EEA into the money being sent to school districts by the Washington state legislature.

“From the financial reports of the school district, [the EEA was] able to identify how much money the state was sending the ESD for certificated staff raises for the year,” Nofziger said. “Our expectation at the bargaining table was that the money that was ordered by the Washington Supreme Court and then sent to the district by the state for [staff] salary increase should be used for salary increases, not for other priorities.”

The EEA ratified the contract during a general membership meeting held at Edmonds-Woodway High School on Tuesday, Aug. 28. In total, the salary increases for ESD represented an 18.3 percent average salary increase compared to staff salaries in the 2017-2018 school year.

Some administrators have expressed concerns that the major increases in staff salaries will be unsustainable and cannot be maintained in future years. These individuals have said the state legislature cannot be expected to consistently provide millions of dollars to the school district each year and that the state legislature needs to fund other areas of education such as reduction in class sizes along with increases in staff salaries.

Critics of the large salary increases point to four year financial projections of Washington state school districts ordered by the state. The ESD financial projection ordered by Washington Superintendent of Public Instruction Chris Reykdal found the district will have a $39 million deficit by 2022. The projection assumes no changes in number of staff, enrolled students or federal funding after the 2018-2019 school year; however, funding for the district from the state legislature is also expected to rise from approximately $190 million in 2018 to approximately $253 million in 2022.

In the projection, the ESD found expenditures are expected to increase in future years while revenue is expected to decrease due to the expected decline of income from local levies.

Property tax levies are meant to be decreased beginning in January 2019, which is meant to reduce the unconstitutional reliance on local levies to fulfill essential school funding requirements. The new cap on local levies to meet the requirements of the McCleary decision will be either $1.50 per $100,000 of assessed property value or $25 per district student, whichever is lower.

In a letter to school districts across the state issued on Aug. 22, 2018, Reykdal urged school districts to be mindful of the resources they have available and not to negotiate unsustainable salary increases.

However, teacher unions retort that it is the duty of the state legislature to adequately fund education in accordance with the McCleary decision, which includes staff salaries.

“It’s up to the legislature to find the revenue that is needed to continue to fund our schools at the level that the Supreme Court mandates,” Nofziger said. “The legislature does not have a choice in the matter.”

Furthermore, Nofziger opined that a state as wealthy as Washington should not have problems fully funding education for its children, and that the state legislature should ensure that the state’s wealth translates into well supported educational services.

“Washington state is the home of Microsoft, Boeing, Starbucks, Amazon and countless other businesses and billionaires that can contribute their fair share to our state’s revenue, should the legislature decide that’s how they want to raise the revenue to support our schools,” Nofziger said.

Additionally, Nofziger emphasized that the budget passed by the state legislature continues to increase funding for school districts that is specifically meant to go towards staff salaries.

“There is language built into the law that continues to increase the salary funding for districts, so districts should be able to consistently maintain the [increased] salaries with modest increases if they are prioritizing their budgets to do so,” Nofziger said.

While several school districts have had problems negotiating salary contracts with teacher unions, and some teacher unions in the state are threatening to strike, no such issues have arisen in the negotiations between the EEA and the ESD. Nofziger believes the ESD has accepted salary increases for staff due to its commitment to fully funding education shown by its active involvement in the McCleary case.

“Because of the ESD’s history with the McCleary case, I believe our district was committed to following the law and providing the salary increases for staff that were part of the original Supreme Court ruling,” Nofziger said.

Future salary increases for teachers across the state will largely depend on bargaining between teacher unions and local school districts.

Although teacher unions in many other school districts in Washington may not have been able to easily negotiate salary increases with the increased funding from the McCleary decision, ESD staff will be heading into the first day of school with secured double-digit salary increases.