Shelly engraves her name in stone 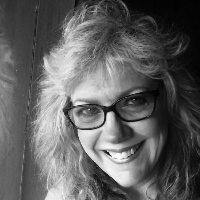 Robin Cogburn, now Robin Shelly as of Feb. 2018, has been teaching for 33 years total, of which 28 have been in Washington, and has taught at MTHS for 15 of those years as a Spanish teacher.

Before attending college, Shelly was an employee at a restaurant. She planned to continue working in restaurants until one day when her family went on a cruise to Mexico. During this trip, Shelly fell in love with the Mexican culture.

Shelly realized how kind and giving the people were and decided that she wanted to visit Mexico more. At that time, she realized she should attend college to get a better paying job. Once she returned from Mexico, she immediately quit her job and started attending college, having doubts in the beginning but continuing nonetheless.

After finishing college, Shelly graduated with a bachelor’s degree in home economics education and a minor in Spanish. After beginning to teach Spanish, she became more interested in the culture, and later earned a master’s degree in teaching Spanish.She eventually acquired a doctorate’s degree in language, literacy and culture in the foreign and second language education department.

Shelly has decided to retire from teaching Spanish this year due to her recent marriage and plans on moving to Arizona, where she will continue to focus on her hobby of firearms engraving.

Shelly became interested in firearms engraving during her time in  Single-Action Shooting Society (SASS), an organization formed to preserve single-action firearms invented before the 1900s. This group is commonly known for shooting “cowboy,” in which a person would reenact famous gunfights, bank robberies or scenes in movies with live ammo using two pistols, a rifle and a shotgun to shoot metal targets. In these reenactments, the shooter is timed to see the speed of the firing and the accuracy of the firing, being docked points by not shooting in the correct pattern or missing the target. During these reenactments Shelly goes by the alias “Buttercup Bandit,” as the people involved are not supposed to use their real name in these events.

“The thing that I really like is that you have to dress in costumes from 1900 or before,”Shelly said. “I really like the costumes.”

When Shelly first started out, she noticed other firearms and how beautiful they appeared due to professional engravings.

Off of a personal recommendation from another shooter, Shelly started taking classes in Kansas to learn engraving in 2014 and has been in love with it ever since.

As well as spending time in firearms engraving, Shelly will be messing around in real estate along with her husband, who is also retired,and is currently making money through real estate in Arizona.