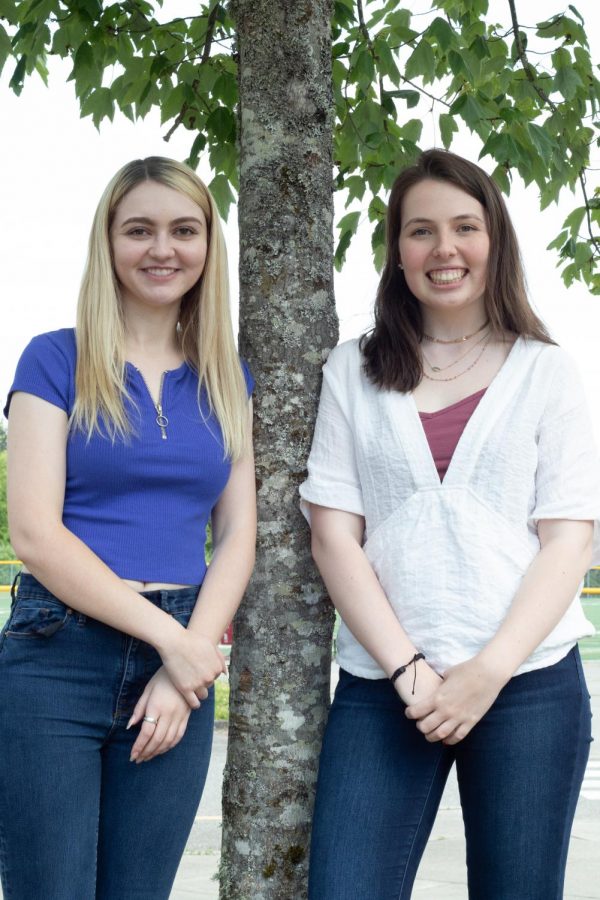 While they’re not offended by the common question they receive, seniors Nina and Ryan Berry would like to clarify: They’re cousins, not siblings. If they weren’t cousins, they both agree they could easily be best friends.

Nina and Ryan have been inseparable since first grade, as they attended elementary through high school together. They’ve grown even closer through their shared interests and joined the same clubs and activities, which built up the duo’s reputation of kindness and leadership at MTHS.

They established themselves in their freshman year by joining the STEM program and their class Associated Student Body (ASB). Vince DeMiero, their English teacher at the time, suggested that Ryan undertake ASB, who then asked Nina to join with her. Through supporting each other, the Berrys gained the courage to join ASB together.

“We came from Madrona [K-8], which is not the main middle school that comes into this high school. We only knew each other and a couple of other people from our school,” Nina said. “A lot of people said [ASB] is the best way to meet new people, like my LINK leader said that, and so I decided to join for those two reasons: Her and also what people said.”

Nina and Ryan thus faced ASB as a pair and continued to participate throughout high school. Despite admitting she’s “not the best note-taker,” Nina stayed class secretary for all four years and built her skill set there.

“How I see it is like the four positions in ASB are almost equal, because a lot of times, we as four meet and make decisions together and so there’s a lot of leadership in each one of the roles,” Nina said. “It’s decision-making that I think I’ve gotten a lot better at [and] organizing huge events or hallways or whatever event we have to take on.”

Conversely, Ryan made herself known as class treasurer, but set her eyes on a position that would refine her ideal leadership skills. Ryan became class vice president to learn how to facilitate and delegate, and has filled that position for the past three years.

“The skill I’ve developed the best is teamwork. I work very well by myself. ASB really pushed me to work more collaboratively, which I’ve really enjoyed,” Ryan said.

When it comes to school spirit aspect of ASB, Nina and Ryan show more unity than just dressing up in complementary spirit day outfits. Though, they are particularly proud of their Tweedledee and Tweedledum costumes for an “Alice in Wonderland” themed spirit day from their freshman year Homecoming week. The Berrys grew to love Homecoming week and continue to uphold it as their favorite part of ASB.

“I’ve really enjoyed the Homecoming portion of our school spirit and just putting all of my effort—we both do it—planning the hallway and that to me shows a lot of how much we care and how much of all the work goes into that,” Nina said. “When we win the Homecoming hallway, that is such a good feeling to know we did something for our class and that we showed a lot of spirit compared to everybody else. I mean, dressing up is fun, but when we put in the work and get results, I think that feels really good.”

The class of 2018 won for their Homecoming hallway in their freshman, sophomore and senior years. While the two pride themselves on going all out for dressing in spirit gear, they believe Homecoming brings out the best in everyone because of the teamwork and competitiveness that manifest during that time of year.

“I love dressing up, but Nina’s right about the hallway, like, it’s so much fun when it’s a competition and I know it shouldn’t be, but when we’re competing against the three other classes, it just really motivates us to do well. We all one-up each other for spirit,” Ryan said.

Nina and Ryan also channel their leadership skills and energy toward the STEM program as part of the bioscience pathway. They have been involved with IATRIX21 long enough to watch the club evolve from an idea to a community for girls in STEM. During the club’s first year this year, Nina has been president, while Ryan has been treasurer.

The goal of IATRIX21 is to provide a safe space for girls to engage themselves in science. When the Berrys first joined STEM and took Introduction to Engineering, they found themselves in a male-dominated class. Nina felt scared about not having a voice and Ryan, similarly, felt uncomfortable talking to her classmates there.

They heard about IATRIX operating at the city level in Seattle and had the idea to bring it to Terrace. The Berrys approached biotechnology teacher Penny Lefavour with a proposal for starting an IATRIX club for girls, but Lefavour told them the process was already in the works. 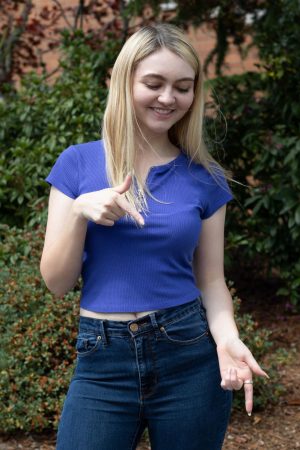 Ciara Laney
“When someone feels like they don’t have a voice in a traditional setting, they should have a space to do that, so like giving the girls a club. It’s not exclusive; if a boy really wanted to join, we’re not going to close the door on him or anything,” Nina explained. “It wasn’t meant to exclude anybody. It was giving a space. It was to bring together and have a voice.”

To Nina and Ryan, representation was not just a desire, but a need. They sought a way for girls to gain confidence in STEM and earn recognition in its related fields.

“We have things all the time that exclude people. [With] IATRIX, the point is that girls don’t have a voice and a guy cannot come in and say, ‘Absolutely, girls have a voice in STEM.’ Where does he get that?” Ryan said. “That’s why we did it. We realized the need for [representation] and then we met it with this club.”

As their senior year nears a close, the Berrys have to spend their post-high school years apart. Though both participated in the bioscience pathway at MTHS, they plan to pursue the other two pathways—computer science and aerospace. 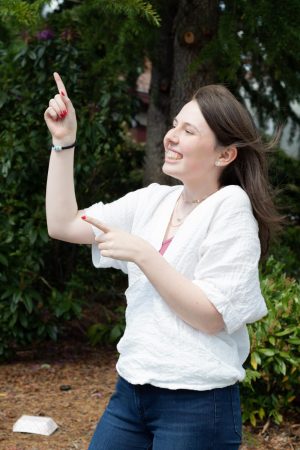 Nina will attend Gonzaga University to study computer science and computational thinking. Ryan has been directly admitted into the engineering program at the University of Washington, but is unsure of her exact field of study.

They’ve cherished their time through all levels of school together, which has had its share of advantages.

“You have a good friend that you can be with and also like, we’ve had really good friendship more as friends than cousins. The downside is some people see [us] as a unit,” Ryan said. “It’s been hard to maintain individuality, I’ll be honest. I’m very sentimental, but we’re going off to college next year and we’re going to be four, five hours away. I haven’t been worried about trying to be myself. I just want to hold on to Nina.”

Despite spending nearly their entire lives together, the Berrys believe they can persevere through their separation.

“[It’s nice] having someone that you can find in the crowd and know that you’re going to know somebody. Splitting off is going to be really hard, but we’re going to be fine. We can’t have each other, but we can live without each other; we have to,” Nina said.

Together, they hope they’ve left a legacy of kindness and service at MTHS, which is reflective of their work as part of IATRIX21, Key Club, LINK Crew, National Honor Society and ASB.

The Berrys want to offer advice to the incoming freshmen that personally helped them fit in at MTHS and shaped them into the people they are today. Ryan advises that students push themselves and “go for it,” while Nina hopes they understand that “no club is so daunting” to join.

Whether in the community or in oneself, Nina advises that others live by her favorite quote: “Nothing changes if nothing changes.” For Nina and Ryan, they’ll be the ones to make a change as they see fit.