From Mat Man to Marines 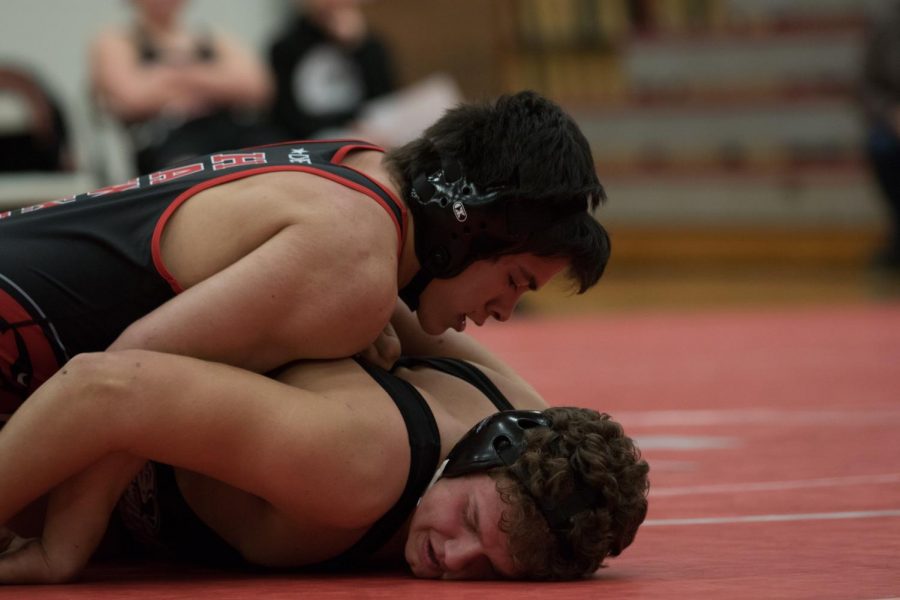 Mack slams his opponent into the mats during a hotly contested match. Mack would go on to win the match. Mack was the only senior on the wrestling team this school year.

Mack also has participated in the Washington state wrestling championships, getting fourth place in his junior year and 7th in his senior year. He has also won three tournaments in his wrestling career at Terrace.

After high school, Mack intends to enter the U.S. Marines and to continue his wrestling career there, when not protecting our country. After serving in the the Marines, Mack has plans to possibly become a wrestling coach to teach the next generation to wrestle.