Hawks baseball fall short to Ellensburg in the 2A State Championship, 2-1 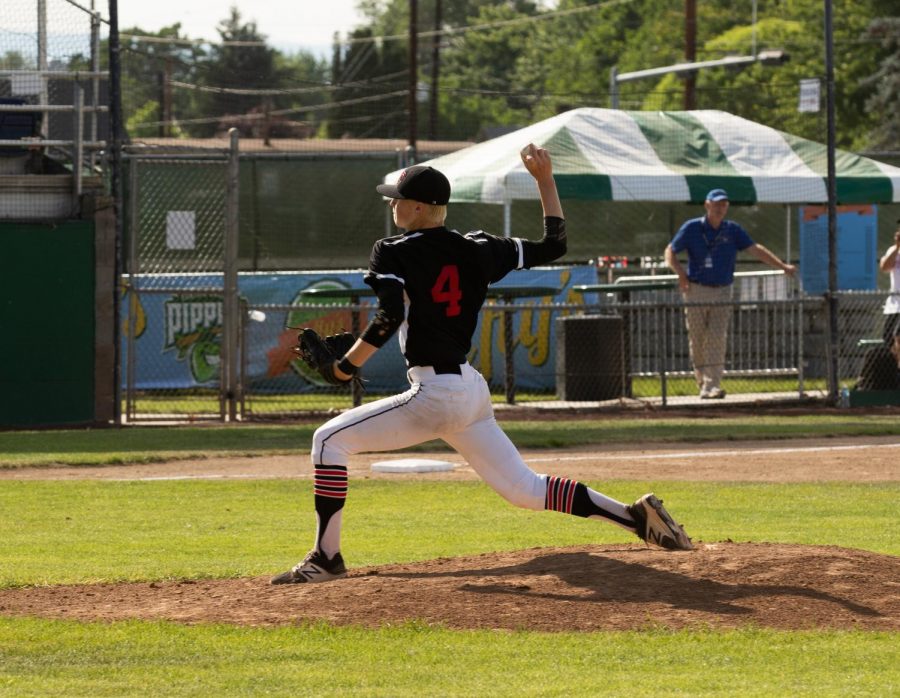 During the 2A State Championship on May 26, 2018 the Hawks fall short to the Ellensburg Bulldogs 2-1. Both teams were strong, but the Bulldogs came through at the plate with six hits while the Hawks only had three.

The starting pitcher for the Hawks was Kendall Yackley who had no walks and 5 strikeouts. Jonathan Kumai led the Hawks in hits with two and Dan Bingaman with one. Jesse Martineau had the only RBI of the game.

The Hawks had some exciting double plays throughout the game. They had a double play in the top of the third where a line drive was hit to Layne Zuschin at second base and he threw it to shortstop Jonathan Kumai to end the inning. Later in the game right fielder Max Coleman makes a diving catch in foul territory and fires the ball to first baseman Martineau in the top of the sixth.

In the bottom of the seventh, the Hawks were down by two and battled to claim victory. Lead off batter Coleman got hit by pitch, followed by Bingaman who hit a single to left field advancing Coleman. Then Senior Tyson Kim grounds out to the shortstop, advancing Coleman and Bingaman. With runners on second and third Martineau grounds out to the second basemen, letting Coleman score and leaving Bingaman on third. The final out of the seventh inning was a strikeout by Zuschin.

The Hawks broke the school’s record for getting the farthest that the team has ever gone before in State Playoffs.

Despite this loss, the Hawks had a great season and were WIAA 2A Academic State Champions with a team average of a 3.6 GPA.

“That’s an awesome accomplishment for all of our players for getting it done in the classroom and it’s really cool that we get to come out of here with two awards” said head coach Andrew Watters.