Establishing a foothold in modern America 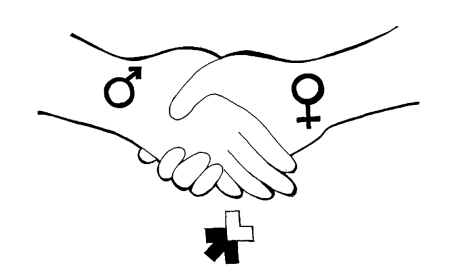 Nhung Lam
With the issue of gender equality being widely discussed, the HeForShe campaign’s rooted goal is to show that gender equality is not just for women’s rights, it’s for human rights. Founded by the United Nations Entity for Gender Equality and the Empowerment of Women, also known as UN Women, HeForShe is a solidarity campaign fighting for worldwide gender equality.

The HeForShe mission is to have “every voice… heard in classrooms and corner offices around the world.” The campaign believes “Everyone has a say. Everyone has a role. Every unique contribution is essential to achieving gender equality.And when these powerful voices are heard, they will change the world. The time for that change is now.”

UN Women is led by United Nations Under Secretary General Phumzile Mlambo-Ngcuka, who is described as a “global champion for women and girls”  by the UN Women for her dedication to gender equality and empowering of women with the HeForShe community.

Emma Watson, British actress, model and activist was appointed on July 8, 2014 by the UN Women as the global goodwill ambassador. In her speech at the United Nations, she used her large following to ask the world to take action to build this new solidarity movement for gender equality. Watson also stated being sexualized at the age of 14 and other issues, including watching her female friends drop out of sports in their teenage years because they were afraid of appearing too “muscly,” pushed her to decide she was a feminist. Watson brought attention to both sides of the spectrum, saying she would like men to “take this opportunity to extend your formal invitation. Gender equality is your issue too.”

The HeForShe campaign aims to #BreakTheSilence with a simple question: “Are you #HeForShe?” HeForShe invites people worldwide to come together to take action in the effort to create a gender-equal world.

Issa Moffet, a sophomore at MTHS, spoke out on her thoughts on the HeForShe Campaign and gender equality as a human rights issue, saying equality is key.

“Instead of making sure everything is even, we should focus more on getting people what they need in order to get to the same level. Women need more opportunities to become equal and men don’t need as many,” Moffet said.

Elizabeth Nyamayaro, Head of HeForShe Initiative and senior advisor to the under secretary general of UN Women, leads the vision and daily work of the push. In a TEDWomen talk, she extended an invitation to men and boys around the world “to stand in solidarity with each other and with women to create a shared vision for gender equality. This is an invitation for those women and men, and those who don’t yet know that they believe.”

HeForShe expresses that the issue of gender equality is present everywhere, including in education, health, identity, work, violence and politics. HeForShe wants every child to have the right to an education, everyone to have an equal chance at health care and for no one to be be held back by negative stereotypes about who they love or their self-expression. The campaign pushes for gender equal opportunity and fair pay in the workplace, no violence against women and girls, and equality in the underrepresented women at ballot boxes and making sure everyone’s voice is heard.

According to HeForShe, there are more than 1.3 billion combined gender equality actions that have taken place since the campaign has been in action since July 20th, 2014. The official HeForShe website claims that there are currently 1.3 billion conversations, 1.7 million commitments and 1.1 thousand events all relating to gender equality actions. With the amount of attention surrounding this movement, being the future of society, students have the voices that will impact this movement today and the near future. “The world is at a turning point. People everywhere understand and support the idea of gender equality. They know it’s not just a women’s issue, it’s a human rights issue. And when these powerful voices are heard, they will change the world. The time for that change is now,” the HeForShe campaign’s mission states.

One of the campaign’s movements, IMPACT 10x10x10 (IMPACT) is focused on engaging important decision-makers in corporations, governments, and universities worldwide to drive change from the top of social hierarchies.

Figures who have agreed to represent the IMPACT campaign make the issue of gender equality an institutional priority by implementing the HeForShe IMPACT framework -which is a general guide to the pilot initiative- and developing three commitments to achieve and further gender equality for all. The framework gives background information on the initiative, guidelines, criteria and suggested actions for each type of IMPACT champion. Champions go above and beyond implementing the HeForShe IMPACT framework by developing three bold, game-changing commitments to advance and achieve gender equality for all, making sure it is an institutional priority as important decision makers in the world committed to IMPACT 10X10X10 movement.

National leaders around the globe helped implement gender equality and launch the HeForShe campaign nationwide. Corporations including Electronic Arts, Vodafone and Tupperware Brands signed the Women’s Empowerment Principles and implemented Principle NO. 7, which measures and publicly reports on progress to achieve gender equality and launched the HeForShe API, which mobilizes employees worldwide. The HeForShe API is an app that geographically tracks in real time, the number of men who’ve signed up for HeForShe. Universities must implement mandatory gender sensitization -which is modifying the behavior, raising awareness of gender equality concerns on campus and addressing gender-based violence with other universities.

As many as 30 government officials, including Japanese Prime Minister Shinzo Abe, corporate officials such as Vodafone CEO Vittorio Colao, and university officials such as Stony Brook University president Samuel Stanley have taken action in implementing gender equality in their countries and organizations.

With the great attention brought by the HeForShe campaign, “we’re standing together and taking action to create a gender equal world,” states the HeForShe Campaign.