Silencing the stigma around mental illness

May being Mental Health Awareness Month, it’s time to have a greater conversation not just on how to take care of your mental health or on improving mental health education, but on the stigma itself. Despite having an entire month dedicated to talking about mental health, stigma pervades worldwide.

With as many as one in five public high school students showing signs of a mental health disorder, social stigma often leaves them to struggle in silence out of shame and fear. Almost 80 percent of them will never receive treatment that is deserved and necessary due to failures in mental health education, a failed government-instituted support system and stigma.

In 2016, the Washington State Healthy Youth Survey asked 10,835 tenth graders to anonymously provide data regarding depressive feelings, anxiety and suicide. 34 percent of students reported depressive feelings and 21 percent considered a suicide attempt. That’s over 3,500 and 2,250 students, respectively. Out of those numbers, only around 700 and 450 students will get treatment.

To put that into perspective: About 91 Terrace students reported depressive feelings out of the 277 surveyed. Only 18 of them would be expected to receive treatment.

An ideal world would provide a working support system for those students and all students who have reported other struggles with mental illness. But there isn’t a sufficient number of staff dedicated to supporting students. At Terrace, 11 people are considered part of the counseling department, and four of them are counselors expected to keep track of over 1,300 students.

Even then, it’s not guaranteed students will go to the support systems in place. Laura Greenstein, the Communications Manager for the National Alliance on Mental Illness (NAMI), published an article on how to fight mental health stigma, noting that most people with mental illness have “been blamed for their condition. They’ve been called names. Their symptoms have been referred to as ‘a phase’ or something they can control ‘if they only tried.’”

When people are blamed for something they can’t choose to have nor control, they tend to keep their issues secret. With mental illness, students are often afraid of the repercussions that might come their way should they try to get help; they might get told they’re faking their illness, or that they can get over it.

For Sargun Handa, a junior at Kamiak High School as well as a TEDx and WE Day Seattle speaker, she had dealt with mental illness alone for four years until she was diagnosed. “[I finally had] something to prove to my mom and my sister that something was wrong,” she said. “[The feeling is that] if someone doesn’t diagnose you, it’s not valid.”

The process to get a diagnosis can be difficult for people. Misdiagnoses aren’t uncommon, and they can even change over time for people if an issue worsens or improves. The American Psychiatric Association’s “Diagnostic and Statistical Manual of Mental Disorders”, better known as the DSM-5, is meant to provide guidelines for diagnosis, but still isn’t as effective as it needs to be to accurately diagnose people.

Unfortunately, a diagnosis doesn’t stop stigma. Handa, who plays on her school’s varsity golf team, had to leave the team for a month and was still asked by her peers for reasoning behind her break. “I could not go eleven hours at school and sports and all that because I was already mentally exhausted,” she said.

Talking about mental illness can be difficult, but it takes real people to clear the fact from fiction. “The only way to conquer something is to start talking about it,” Handa said. “We need to normalize [mental illness].” 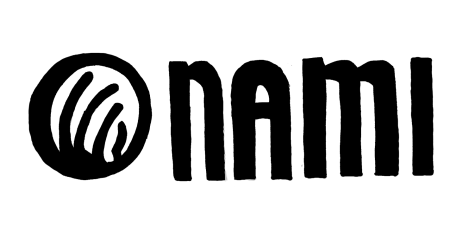