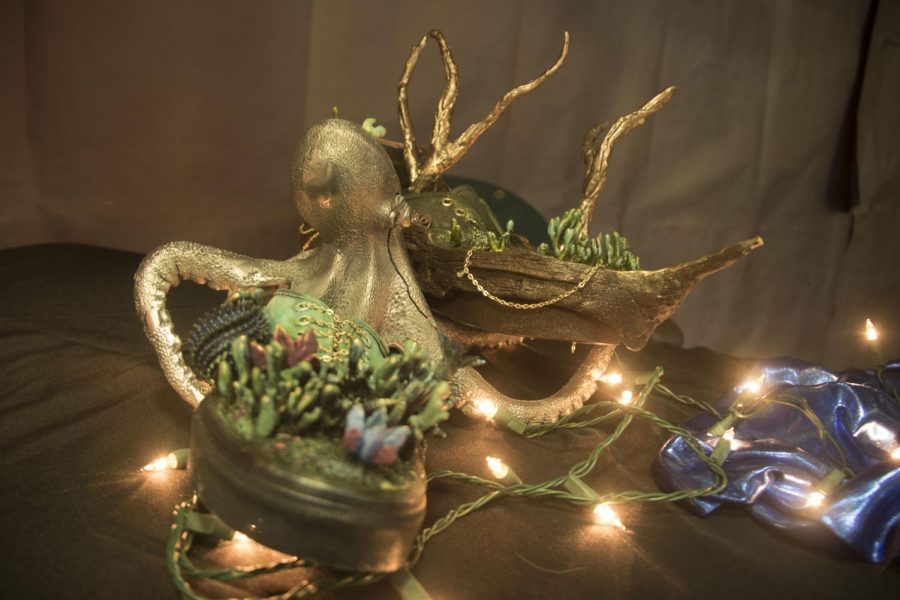 The MTHS Jewelry and Metals Club entered in the Vans Custom Culture competition, a national high school shoe design competition. The club had to fill out an application with questions such as why they want to compete and how they would spend the reward money, and they were chosen to be one of the 50 schools competing. 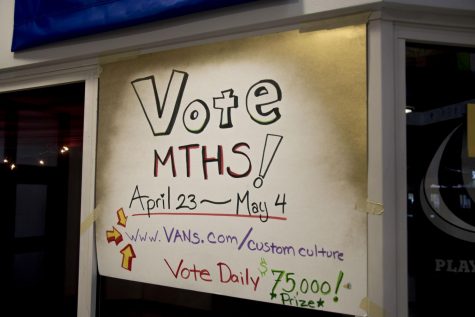 Vans provided the club with two pairs of shoes to design with the themes of “Local Flavor,” a theme to represent their hometown and its many sights, and “Off the Wall,” the Vans slogan, in mind.

Junior Kristen Walter, president of Jewelry and Metals Club, said the opportunity to compete in “[The Custom Culture Competition] is a great opportunity to work together as a team, [because] most competitions we enter are individual projects. It was a lot of fun to work with everyone who wanted to participate and hear all the different ideas everyone had about the themes.”

The club split into two groups, one group per theme, according to the supervisor Mark Walker. There were about 15 people working on the shoes total, most students dedicated their time to one of the themes.

The magnificent pieces of art did not come cheap, however. The stainless steel octopus, seen in the “Off the Wall” theme, was estimated to cost about $15,000. However, thanks to Walker’s connections in companies such as SeaCast and Pratt Fine Arts Center, both themes costed about $240 total. 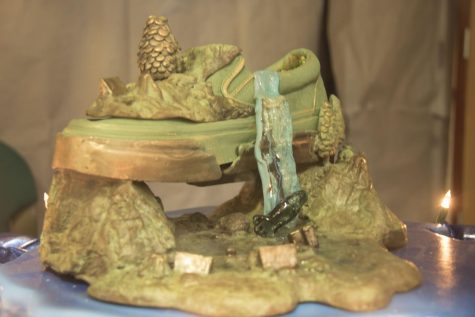 The cost of the project pales in comparison to the reward offered to the winning group. A total of $75,000 is awarded to the Grand Prize Winner  of the competition.

“The prize would be an exciting opportunity to enable us students to use more of the machines in class. We can’t use some of them for safety reasons, but with the money, we could afford safer machines for the students to use,” Walker said.

Vans designed this contest so that students have a chance to prove their creativity. “In addition to designing their shoes, selected schools willalso be submitting an Impact Document reflecting how their school, its students and the community would be impacted by winning $75,000 for their art program,” according to the Custom Culture website. The top five teams with the most votes move on to a final round of voting. 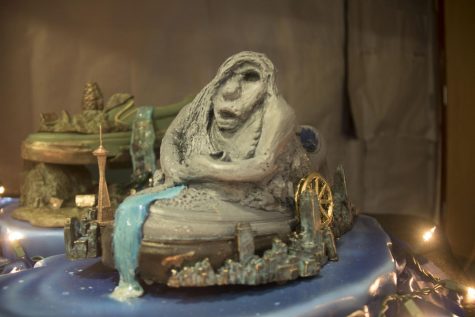 The club asks that everyone show their support for Terrace’s art program by casting their vote here. Voting closes at 5 p.m. on Friday, May 4 and individuals can vote every day. If students want to see what they’re voting for, the projects are currently on display in the trophy case across from the main office.