New Classes for the Masses 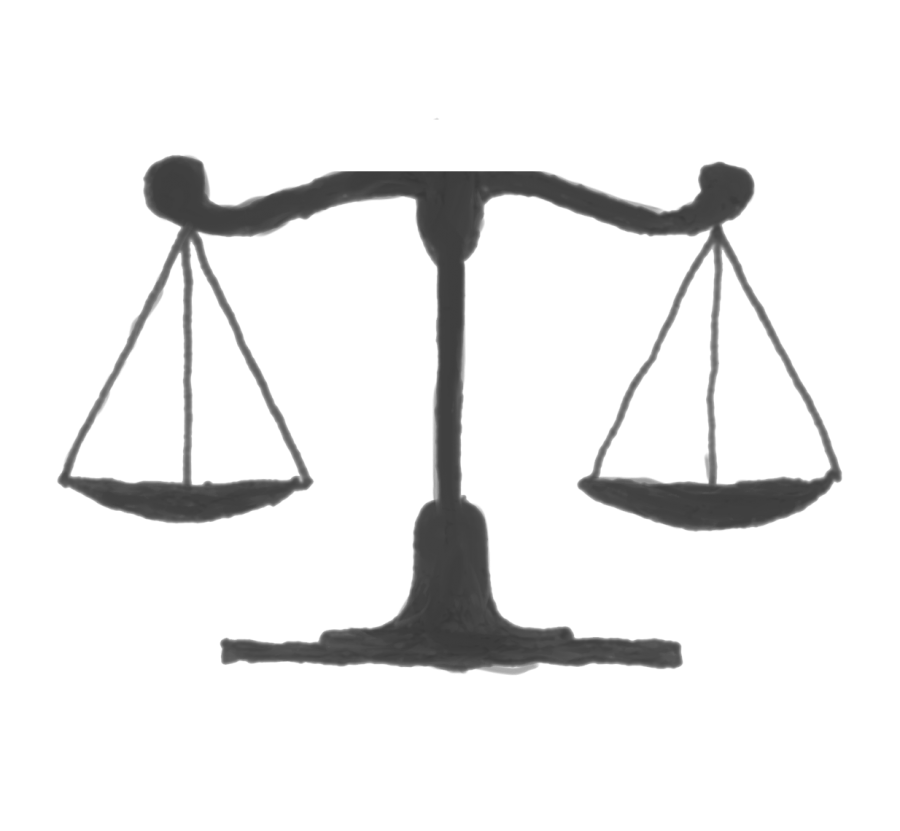 Editor’s Note: This story has been updated for accuracy and to maintain factual consistency. The print version of this article in Issue 4 of HAWKEYE differs from this online version.

MTHS has expanded course offerings for the 2018-2019 school year. New classes being offered include Literature of Social Justice, Ethnic Studies, Human Anatomy and Physiology and AP Art History, along with the return of the Walking/Conditioning class available in previous years.

There are also two new Intra-District programs offered through Sno-Isle next year, which include  Healthcare Professions and Applied Engineering and Manufacturing.

AP Art History, open to grades 11 and 12, is a yearlong class to be taught by Michael DeNoma that fulfills an art credit. The curriculum seeks to teach the background of art development over the course of human history.

Biology teacher Penny Lefavour will teach Human Anatomy and Physiology, which is a yearlong class open to grades 10-12. Students will study the living matter and biological systems of organisms; students will participate in dissections to expand learning. The class can count for Career and Technical Education (CTE) credits or lab science credits.

Edmonds School District (ESD) Social Studies Content Lead Jeff Stone pushed for the implementation of the Ethnic Studies curriculum across the ESD. Lynnwood High School (LHS) was the first in the district to offer Ethnic Studies, where the class is currently in its first year.

However, the content of the class will vary between LHS and MTHS as the class’s teacher will “fine tune it and tweak it to every school.” Humanities teacher Erin Grambush will teach Ethnic Studies at MTHS next year.

“It’s one of three [social studies] options for seniors. It’s not that you have to take it. If you’re interested, you may take it. It’s fits the lens of equal opportunity, equity of access,” Stone said. “It’s a course for everybody.”

Ethnic Studies will “examine the imbalances of power, wealth and opportunities within society” and cover the ethnic breakdown of topics such as immigration policies, incarceration rates, home ownership, the gender pay gap ad wealth disparities.

Stone’s goal is to open students to thinking differently about their world, exploring identities, understanding how they fit in society and taking a stand for what they believe in. Though, Stone respects if students disagree with class content in nearly any scenario. When he formerly taught, Stone’s students would tell him when they need some time to breathe and calm down as a result of the learning material, and Stone will comply.

Those who are working to plan the Ethnic Studies class are putting forth their best effort to educate teachers and to let minorities weigh in on the class’s content. They have collaborated with people of color and specialists from the University of Washington Bothell to do so. As a result, they hope to include representation in the curriculum and be considerate of various perspectives.

“We’re well aware that currently—we have an Ethnic Studies team—we have one teacher of color on this Ethnic Studies team. It weakens our ability to see everything. We strive to find ways to help have this non-white point of view present,” Stone said.

MTHS added Literature of Social Justice to the offerings for senior English, which English teacher Jennifer Widrig-Hodges will teach. According to the MTHS course catalog, students in this class “will examine literary works of social movements, their broader impacts, and intersectionality.”

Though Grambush studied English and history in college, she said she’s always viewed history with a lens due to learning in college with a “social justice slant” from her teachers. In the meantime, Grambush has dedicated time to planning the class and learning the necessary language to teach it, similarly to how LHS trained their Ethnic Studies staff.

“I’ve been doing some talking about race in the classroom trainings and things like that which kind of prepare you for stuff but none of it really does. I was talking with [English teacher] Ms. Widrig the other day about having discussions with the N-word and how it’s a difficult task because so many students especially in super liberal Seattle are like, ‘Well, that’s not really an issue anymore,’” Grambush said. “I know our students have had issues with that.”

The two split up to present to various junior classes about Ethnic Studies and Literature of Social Justice. In doing so, Grambush and Stone aim to clarify the purpose of the course and build off feedback regarding its content.

“We are defining what it is. We’re creating our narrative. We’re asking for community input on all this. We’ll ask students now,” Stone said.

Due to the nature of topics covered in Ethnic Studies, Stone feels “controversy is inherent in the course.” He clarified that Ethnic Studies seeks to show the perspectives of a diverse range of people and their living conditions, then allow students to understand their circumstances and develop interpretations and opinions based on those.

“Each unit of study is designed around knowing the fact that it’s controversial. The intent of each unit is to have outside authors and—as we mentioned, we’re predominately white teachers—authors of color to talk about these issues, to write about them, to read them, to watch them in a video, to hear them in a song,” Stone said. “We use outside sources to bring up the issue, to talk about it, to facilitate discussions; it’s a matter of reflecting in personal reflections [and] group reflections.”

As Ethnic Studies overlaps with the content of Literature of Social Justice, Grambush expressed similar sentiment and emphasized her desire for students to “process the materials in a safe environment.” Her students will also learn how to respond to differing viewpoints in society.

“In my mind, when I look at this course, I also look at this course as “How do we engage with people who have different opinions?’ It’s a great experience to see all sides of an issue and  be able to look at it as ‘OK, this is one perspective and maybe I don’t agree with it, but I can see where they’re coming from,’ instead of taking the defensive position of ‘You’re wrong and I’m right and I don’t even want to talk about ideas that aren’t similar to mine,’” Grambush said.

“The goal was just announced that, as to at some point have Ethnic Studies senior history at all high schools. It was told to administrators, ‘This is the vision,’” Stone said.

MTHS will offer Ethnic Studies if a sufficient number of students sign up.

“I don’t know what to expect out of Mountlake Terrace. I’m hopeful students accept [the Ethnic Studies class] and are willing to try it out; that’s my hope,” Stone said.

DeNoma is slated to teach AP Art History next year, which covers information dating back to over 20,000 years ago and teaches “the entirety of humans making art so from caves to galleries today” and “the conditions that the art was made in and what it was responding to.”

Art is part of our inheritances as human beings and so being able to understand how that has evolved and changed throughout all of these years and how you look around at the world today, how you see it impacting things, it can be powerful.”

Contrary to DeNoma’s other classes, AP Art History is not a studio arts class and is academically based, meaning students will learn about art but not produce it. As the class is geared toward taking the AP test in May, students will not participate in big projects in AP Art History.

Rather, students will learn the styles and motives behind different art forms and develop opinions based from that information.

“I like the idea that you got this knowledge base and you can check your own preferences at times. I think that’s really important,” DeNoma said. “Honestly, making arguments for things that I didn’t initially like has caused me to get a greater appreciation for them over the years. Making arguments for art that’s not my personal style really helped broaden me as a person.”

DeNoma previously taught the class for one year when he lived in Texas. This time around, DeNoma wants to incorporate more usage of technology in the class because his students in Texas did not have personal computers as MTHS students do.

He aims for his students to come out of AP Art History with a changed worldview like his students in Texas did.

“My experience with [art history] is that it informs how you view the world and that’s a wonderful thing and so I hope [students] can away a fraction of what it means to me in my life and being able to see the world in that lens, I would consider that a success,” DeNoma said.

DeNoma believes taking AP Art History can leave an everlasting impact on students once they create connections between art and the world.

“Art is part of our inheritances as human beings and so being able to understand how that has evolved and changed throughout all of these years and how you look around at the world today, how you see it impacting things, it can be powerful. I hope some part of that will strike my students and stay with them,” he said.

“[I was] trying to be specific in the appeal,” he said. “It was a nice challenge for me to think about different times in art history and try to have posters represent those different things and try to make them amusing.” 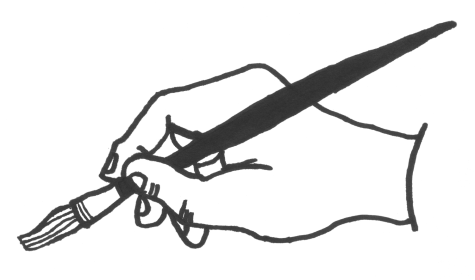 She hopes to inspire the Hawkeye staff to realize their full potential so every member can find their niche. This year, she aims to expand her journalistic ability by capturing diverse perspectives and presenting them through audio. In her free time, Annika enjoys taking care of plants and is the co-president of Eco Club.
Leave a Comment