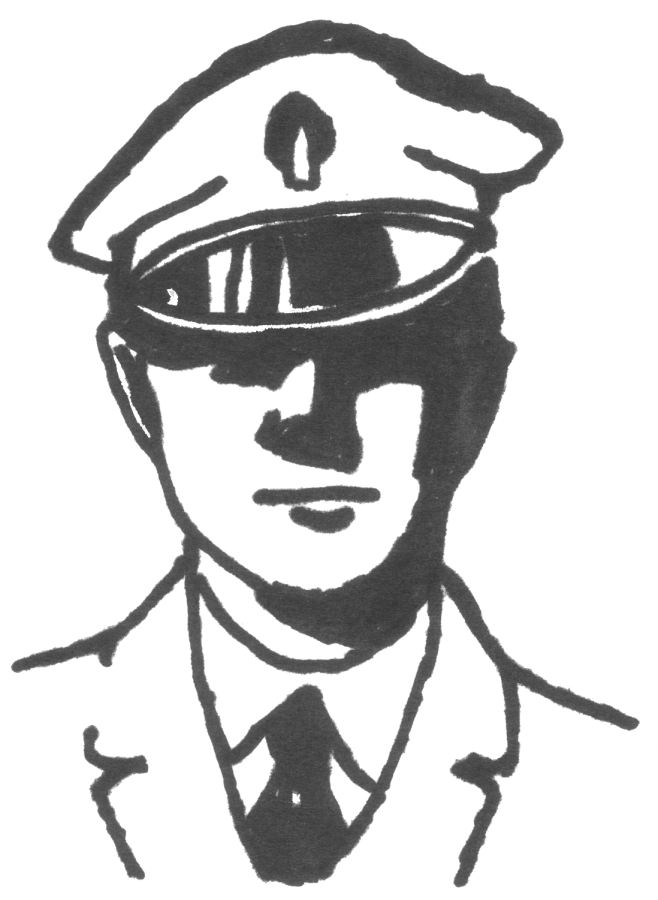 A School Resource Officer (SRO) will be implemented at MTHS during the third quarter of the current school year. The SRO program is a collaboration between the Edmonds School District (ESD) and the Mountlake Terrace Police Department and will place a specially trained police officer at MTHS during regular school hours. The primary function of an SRO is to ensure the safety of students and staff on the MTHS campus.

The SRO will be a member of both the MTHS staff and the Mountlake Terrace Police Department and will work to form relationships with the MTHS school community. A significant purpose of the SRO will be to build positive relationships with and serve as mentors to students, helping to mediate disputes. Having an SRO will also be a resource for teachers, as the SRO can present to classes about law enforcement and law enforcement education.

Interim Principal Greg Schellenberg expressed his desire for the SRO to have good relationships with students and be a well-known face in the school community.

“I’ve worked with SROs in the past, so I think initially it’s a chance [for the SRO] to meet the school and build relationships,” Schellenberg said. “I want them to be a familiar presence and built trust [with students]. I know there will be some students who will see someone in uniform, and it will make them less comfortable, but I want to overturn that and make them feel more comfortable [with an SRO].”

Schellenberg hopes the SRO position will be based on relationships with students and will not be confined to the minimum duties laid out by the job.

“More than anything else, as school personnel, it doesn’t matter if you’re a teacher, an admin, a custodian or a resource officer, you’re more effective when leaning on relationships first and your duties second,” Schellenberg said. “If this goes right, we’re not going to have this ‘cop on campus,’ we’re going to have another staff member on campus.”

Being an enforcer of school rules will not be a role of the SRO. MTHS administrators will still be the ones tasked with carrying out school rules and discipline, with the SRO only becoming involved when police involvement would usually be needed, such as when narcotics are involved or when students need to report illegal activity. The ESD, which oversees the relationships between district schools and local police departments, also believes having an SRO on campus can act as a deterrent to bringing illegal items such as narcotics and weapons on campus.

Schellenberg stressed the SRO position is separate from the MTHS administration, and the SRO will not serve in any administrative capacity at the school. The SRO will concern themself primarily with matters relating to law enforcement and mentoring of students.

“The SRO is not an extension of the admins, they’re not going to be chasing kids to class or writing up tardies, so their not doing my job or [Behavior Coordinator David] Whalen’s job,” Schellenberg said. “Ideally, they would have not much to do.”

The SRO will not become officially involved in student conflicts on behalf of the police department unless these conflicts concern illegal activity. However, given the student relationships component of the SRO position, they may come to talk with students and attempt to mentor them while working to resolve conflicts. Given current ESD policies for police involvement with students, parents will be notified whenever the SRO needs to speak with their student regarding legal matters.

The SRO will possess an individual workspace at MTHS and will be stationed full time on the MTHS campus, with their police patrol car parked outside during school hours. Additionally, the SRO will have a firearm as part of their equipment on campus and will possess comprehensive police training on how to operate said firearm.

Schellenberg expressed that the SRO’s implementation has been planned by the ESD since the previous summer and was not prompted by any recent events, locally or nationally.

“I know recent events in Florida have certainly sparked people’s attention in terms of having [a police officer] on site, but nobody decided that because of some problem we need to make sure we bring [an SRO] back,” Schellenberg said. “It’s just that money will allow it now.”

The SRO position at MTHS is not a new concept and was maintained at all ESD high schools, including MTHS, before the 2010-2011 school year when it was removed at MTHS and most other ESD high schools due to budget cuts.

During the 2010-2011 school year, as the ESD along with other school districts within Washington state looked to decrease expenditures, they decided to eliminate their portion of the cost shared with the Mountlake Terrace Police Department for the MTHS SRO. The decreased budget led to the elimination of the SRO position at MTHS along with other ESD high schools where the cost of maintaining the SRO position was determined to be too high.

“That was the time of substantial budget shortfalls across the state,” Schellenberg said. “Since the cost of the SRO is shared between the police department and the school, it was the place to shave some cost.”

Although the SRO position was removed at most ESD high schools due to these budget cuts, an SRO remained at Lynnwood High School (LHS) through their cooperation with the Snohomish County Sheriff’s Office. The LHS SRO was kept at the school due to the school’s location within unincorporated Snohomish County and not within the city of Lynnwood, which would mean potentially slower police response to the school.

The ESD has recently decided to refund SRO positions at ESD high schools as part of its effort to ensure school safety and timely emergency response in all ESD schools. Meadowdale High School had its SRO position restored last year, and there are plans to restore the SRO position to Edmonds-Woodway High School next year.

During the period without an SRO, MTHS has used a School Liaison Officer as a replacement to ensure school safety. The Mountlake Terrace Police Department assigned a police officer to make MTHS a part of their regular patrol, although they were not regularly on campus and were not known by students.

“We have [with the School Liaison Officer] some eyes on the building, some frequent stop-bys a few times a week, but not [a police officer] on site,” Schellenberg said. “We’ve had a School Liaison Officer that was keeping close tabs on us, but that’s different from having somebody full time on campus.”

Currently, without the SRO, the primary emergency response method has been dialing 911, with emergency response times varying depending on other issues in the Mountlake Terrace community and the level of emergency at MTHS. Officers responding to the 911 calls at MTHS do not have SRO training and have no established relationships with students and staff members.

Given the current political environment, some have expressed concern that the SRO having information about students could be used for immigration enforcement. Although the SRO agreement between the ESD and the city of Mountlake Terrace specifies the SRO will have access to students information when they require it, both parties have clarified the SRO will play absolutely no role in immigration enforcement against students and their families.

Schellenberg ensured students and families their immigration status information would still be kept closely guarded by the administration and would not be any more available to the public with an SRO on campus than it is currently. Additionally, he promised immigrant students and families their immigration status would not be used against them by the SRO or police department.

Training for the MTHS SRO will be conducted before they begin at MTHS by the National Association of School Resource Officers (NASRO). NASRO training includes education on school-based law enforcement, SRO ethics, teaching and guest speaking, diversity, understanding of special needs students, social media, counseling and mentoring, the teenage brain, sex trafficking of youth, effects of trends and drugs on the school culture, response to threats, preventing violence in school and school emergency operation plans.

As well as attending the mandatory NASRO training, the agreement between the ESD and city of Mountlake Terrace specifies the SRO will participate in ongoing training throughout the school year provided by the ESD. The training provided by the ESD is meant to assist the SRO in understanding procedures used in the ESD relating to police, safety and discipline. Specifically, this training will cover the ESD Race and Equity Policy, response training, student discipline, emergency preparedness, responsibilities for suicide prevention and threat assessment teams.

“With time and the right person, I think [the SRO] can really be seen as a positive asset to the school,” Schellenberg said.