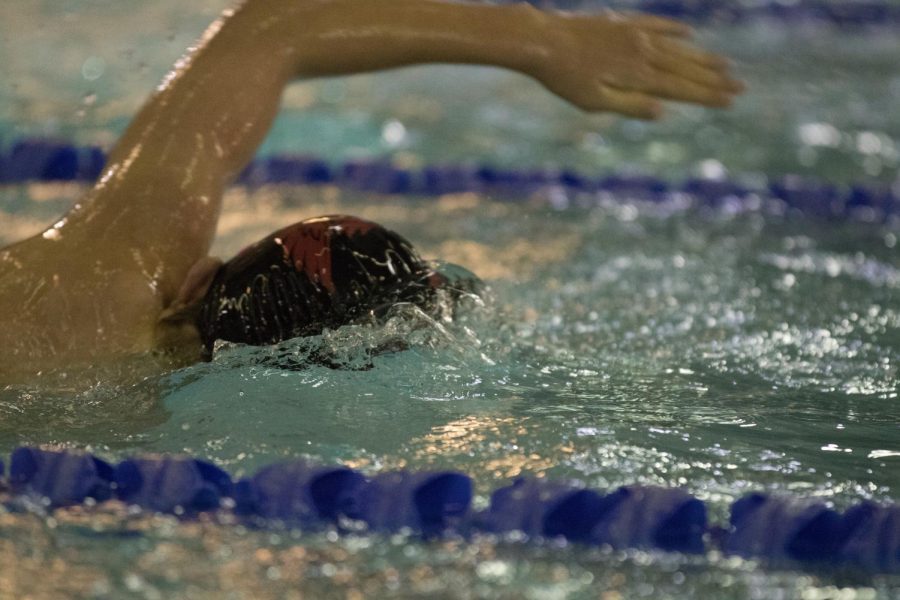 After the meet, co-captain Diego Aguinga shared what his contributions were to the team this season.

“I feel like I contributed just a positive attitude and a positive outlook considering how our season is going [since] we lost most of our meets,” Aguinga said.

Co-captain Nate Miller noticed how the team’s improvements over the season reflected in the outcome of the ESD Meet.

“I saw the most was just the effort put out by our team. I was really happy with how much effort I saw the guys bring out there,” Miller said. “One thing that the coach has been stressing a lot is how much enthusiasm we bring, and that’s really the key.”

Another MTHS freestyle relay team placed. Those competitors were Kai Hinch, Leo Diaz, Nate Miller and Sasha Bogatyrev. They won fourth place with a time of 4:01.51.

The Last Chance Meet took place in the Snohomish Aquatic Center on February 1, 2018. The next meet will be February 9-10 at Fidalgo Pool in Anacortes for the 2A Boys Swim/Dive District Championships.