Terrace men’s basketball is seeing one success after another with the varsity and JV teams dominating both this season and last. That also includes the Terrace C-team as they are winning against many opposing C-teams. 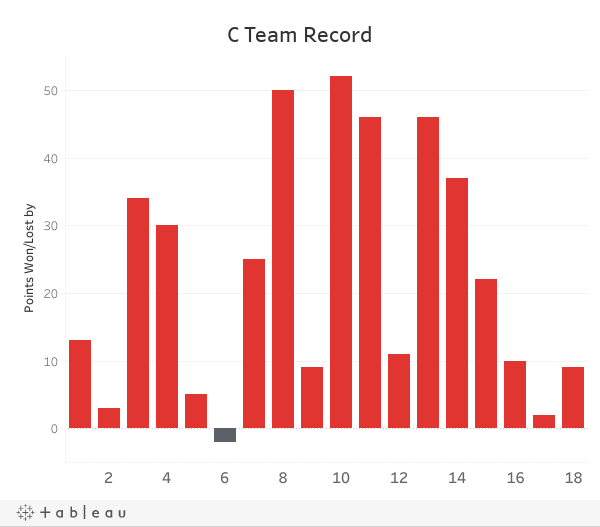 This all translates to how well all of the other men’s basketball teams here at Terrace could do in the future, since this team is compiled of all freshmen. Coach Greg Wirtz, who has been a coach at Terrace for more than 30 years, believes there is a bright future with this group of players.

“My goal as a C-team coach is to get my players to play at the JV [and] varsity level as quick as possible,” he said.

The team is getting there pretty quickly since they are facing off against both C-teams and JV teams, which strengthens them as a team.

“We want to play tough and we want to get better. We want people to know that up at Terrace, we play good defence and that you’re not going to get easy buckets on us,” Wirtz said.

Part of the reason they are doing so well this season may be the dynamic among all the players. Most of them have been playing together since they were in fifth grade, which has led to a good dynamic on the court.

Along with its solid dynamic, the team really knows how to play well and is growing every day, according to Wirtz.

“This group of kids has better fundamentals coming into the season, they are a hard working bunch of kids,” he said.

He also mentioned how the players are working hard and actually put weights on the bars when conditioning, whereas players in the past could usually only lift the bars.

Wirtz touched on how their hard work shows up in the classroom, and how he holds them accountable for making sure they are taking care of business for school.

As for the rest of the season, both the players and the coach are looking forward to winning and getting better, as well as playing the best defense they can because of the pride that Terrace basketball takes in their defense.