The effects of pregnancy and parenthood on high school students 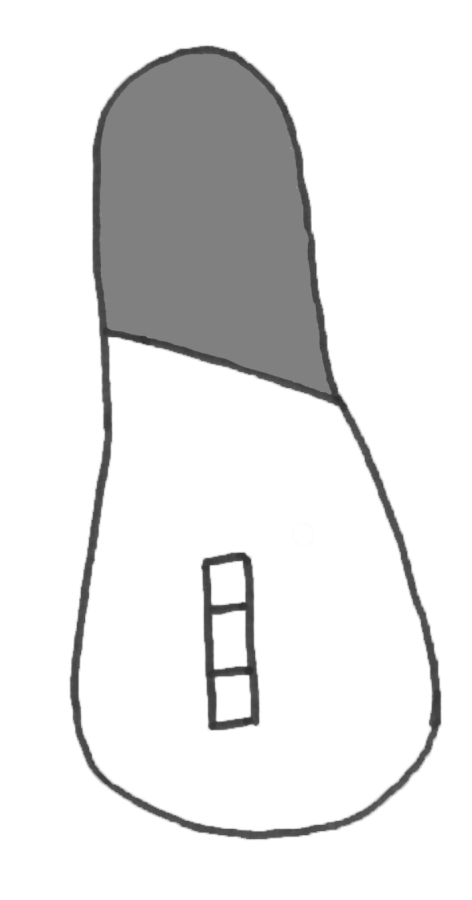 High school is full of ups and downs ranging from stress in devising an impeccable college application to pressures of conformity to traversing social groups. While attempting to overcome these challenges and uphold  standards, other aspects of life may shift, which may or may not be in one’s control.

Becoming pregnant may be a decision that was made intentionally or unintentionally. There are many options to consider when faced with this solution. A mother may choose to undergo an abortion procedure, keep the child or put the child up for adoption. Many factors such as financial, religious or cultural influences can affect a pregnant teen’s decisions.

Controversy surrounds the issue of raising a child during one’s teenage years. There are added parental responsibilities, along with maintaining one’s education. Teen mothers then have to simultaneously juggle childcare and education.

Teen pregnancy in the United States was common in the 1970s and 1990s, reaching its peak in the 1990s until it started to gradually decline. Due to cultural pressures, many people eloped to avoid being stigmatized by their community and relatives. Women often felt compelled to halt their education and instead fulfill a long existing gender role of tending to duties at home.

According to the Progressive Policy Institute, “Among dropouts, 30 percent of girls cite pregnancy or parenthood as a key reason they left school.” The other top reasons for dropping out included having poor grades, having financial issues or lacking interest in the school’s curriculum.

The National Campaign to Prevent Teen and Unplanned Pregnancy found that “only 51 percent of teen moms earn a high school diploma compared to 89 percent of female students who did not give birth as a teen.”

Although society’s views on teenage pregnancy have become more adaptive, it doesn’t mean the prejudice has completely diminished. Teenage mothers often face many judgmental comments, which takes a mental toll and negatively affects their education. In other words, less judgment from the environment, including from loved ones, could cause less of a mental strain and increase the chances of teenage mothers maintaining their education. Education plays a crucial role in determining one’s future, including one’s financial security.

An unstable environment can not only take an emotional toll on the mother, but possibly the child as well. According to Harvard Health, a teen mother who has a defective relationship with her loved ones could put her and her child at a higher risk of depression and various other mental disorders.

According to King County statistics, although there has been a decline in teenage pregnancies, there has also been a decreased use of condoms in Washington State from 2012 to 2014. Around 41 percentage of eighth graders who engage in sexual intercourse did not use condoms the last time they had sex. Due to being most likely unable to work and drive, accessibility to condoms is much harder for middle school students. 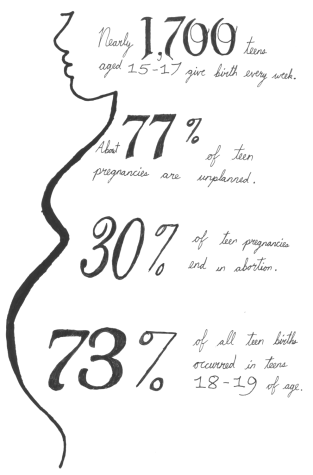 One solution is to target the problem at its source—conception. Condoms and other forms of birth control are ways to drastically decrease the likelihood of pregnancies. The destigmatization and increased awareness of such products have reduced teen pregnancies. Longer discussions in health classes have created a safe atmosphere and more input to students about the importance of using protection when taking part in sexual intercourse.

Kimberly Nelson, a family relationships and psychology teacher at MTHS, stated, “There’s pressure. Because after they’ve given birth, raising that child is difficult. There [aren’t] enough hours in the day.”

As a teacher, she admitted to seeing students struggle to finish their high school education after their pregnancy and delay their graduation versus their non-pregnant counterparts. Students who choose to raise the child themselves usually are unable to take a full schedule of classes because of the added responsibility. Nelson states that, “[it is important to] think carefully about your choices and [their] implication.”

Becoming pregnant as a teenager may occur by accident or by choice. Reducing the stigmatization around teenage pregnancies would help create a safe environment so both the mother and child can have a healthy pregnancy.