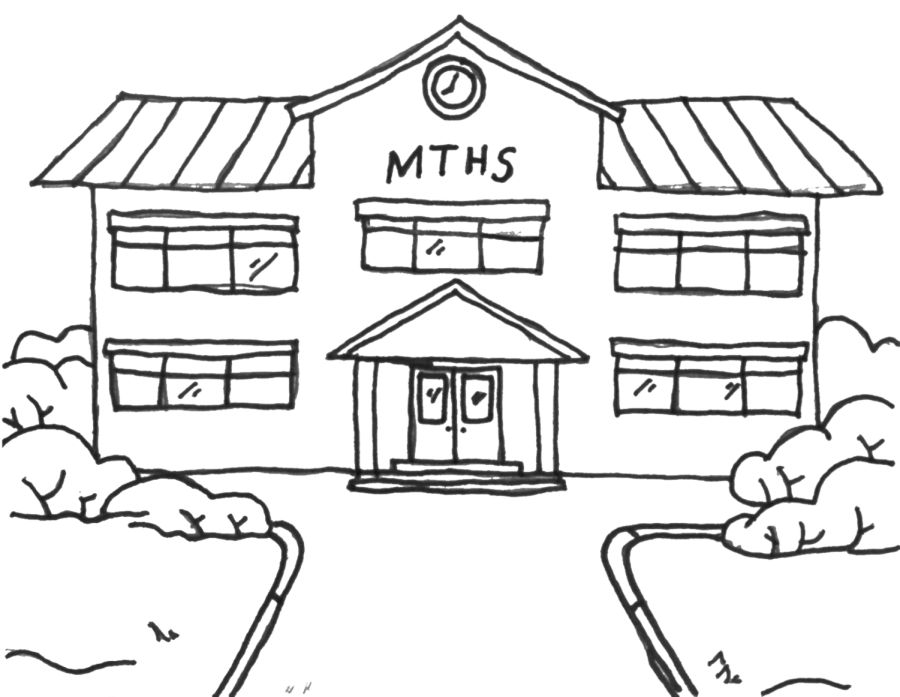 Schools tend to have problems with class sizes, and MTHS is no exception. Even this year, the school had problems with organizing the classes students will be taking, some of which you might’ve heard about or experienced yourself. While it may not seem like it, class sizes affect everyone.

Because of the amount of funding the school gets every year, they can’t always afford to hire more teachers, open up more classes for students or keep classes with low amounts of students, and as such classes can become overcrowded and in other cases have to be removed entirely. This was the case with the Broadcast Production class, better known as Hawk TV, this year, as there were not enough students who signed up for that class, so it did not receive funding, which led to the removal of features like televised announcements.

The school defines how big or small a class is by the number of students enrolled. According to Assistant Principal Peter Schurke, the general rule for class sizes is to keep the number of students in a class below 34 students. However, sometimes both staff and students are stuck with large classes, which can end up being frustrating for students and teachers.

“I personally don’t think we should have a class size of 34 or more because that is just ridiculous to both the students and the teachers,” Schurke said.

It’s more than just a problem with funding, though. The way the schedule for the entire school is laid out, also known as the “master schedule,” plays a part in deciding what classes kids may or may not have. Depending on the way the master schedule is set out by the administration, classes may or may not be available for certain students, which is what leads to many students who have complications in their schedule not being able to take certain combinations of classes or entire classes at all.

First off, let’s start by looking at the sizes of English and social studies classes for this year, which have caused some problems for the administration.

According to Schurke, one of the most difficult types of classes to schedule this year were the English classes, particularly English 11 and English 12.

“It’s 11th grade English that is the one place that things just got nuts this year. No matter what we tried to do to fix it, we just couldn’t come up with a way that it would fix,” Schurke said. “The class sizes in English 11 range from a small of 33 to a large of 36.”

The other type of English class that was hard to organize was English 12. According to Schurke, English 12 classes range from 33 to 35 students.

Creating more English classes for juniors and seniors can be challenging as funding often has to be diverted to create more English 9 classes.

“We really try and make sure we invest just a little extra resources into our ninth grade classes to try and help the transition for ninth graders,” Schurke said.

Terrace’s administration has also experienced significant trouble with the 2 period block humanities classes, particularly with those of 10th grade.

Overall, the mathematics classes, such as Algebra I and Geometry tend to be appropriately sized but there tend to be bigger problems with sizes in the honors versions of the classes.

Pre-Calculus is also appropriately sized, but AP Calculus is a different story, where there are multiple periods for one teacher, all of which make for over-sized classes.

The math class that has caused the most trouble in terms of scheduling has been calculus. This is somewhat attributed to the fact that every calculus class is technically two classes taking place simultaneously: AP Calculus AB and AP Calculus BC.

“When you look at just the AB’s those look like small classes, and when you look at the BC’s those look like really small classes,” Schurke said. “But if you take a period and add the AB and the BC, some of those got pretty big. There is one point at the beginning of the year where there was a period where [math teacher] Mr. Lencioni had 38 kids.”

PE classes tend to be large, as was the case this year. They can be made larger if necessary, but that is almost never the case: it would be too big of a strain on the teachers.

“We do have some fairly large PE classes,” said Schurke. “There is a loophole in the rules that allows us to go a little bit larger in PE classes, [but] we don’t like to. We like to hold to the same kind of standards for PE classes as to anyone else because PE teachers are entitled to be treated the same as we treat any other teacher.”

Electives vary from class to class, but the amount of classes is dependent on how many students ask for them. This means that electives available for one school year may be widely different from another school year. Simply put, if there’s not enough demand for a class, it won’t be available that year.