What did the the executive ASB change and what questions were raised? 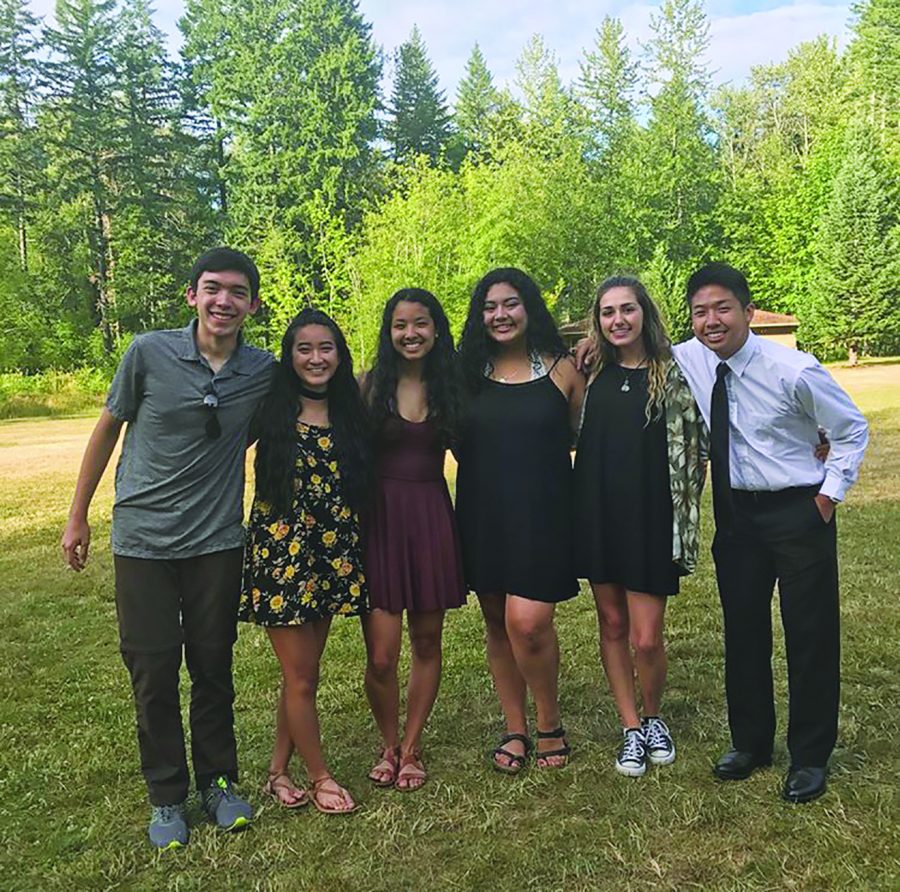 The Associated Student Body (ASB) proposed amendments to the ASB constitution in an email sent out schoolwide on Jan. 3. The amendment process began over the summer of 2017 when the six officers of the schoolwide Executive ASB — known as “Big 6”—  decided the constitution needed updates to more clearly define the roles of ASB officers, re-adjust the stated purpose of ASB and to fix grammatical and formatting mistakes. With the amendments finalized by Executive ASB, the final step before their approval has been the current period of public feedback where students could look over changes and express their opinions to the ASB.

Over the summer, members of the Executive ASB decided they needed to update its constitution to make a meaningful and lasting change for the organization. Current Big 6 President Brianna Houtman led this process along with Secretary Samantha Garcia Perez, Vice President Rosie Lee and Treasurer Eugene Seubert.

“Being elected for a second year in Big 6, Samantha Garcia, Rosie Lee and former tech manager, and current Big 6 treasurer Eugene Seubert and I noticed that Big 6 was getting into a rut,” Houtman said. “This year, the motto we set is a phrase we got from leadership camp the summer of 2017, being ‘Nothing changes if nothing changes.’ This quote is our way of reminding ourselves that we can’t make meaningful change if we keep doing what we’ve always done.”

The schoolwide email ASB sent out contained both the current and proposed constitutions, as well as a document listing general differences between the two documents. The explanation document goes section by section to give an overview of what the new constitution would change.

To start making meaningful changes and beginning the process of making ASB into a stronger program, Big 6 realized they had to start by changing the constitution. They found many members of ASB didn’t even know the ASB constitution existed, which was one of the major reasons Big 6 decided to change the constitution and make it more relevant to the current students.

After the members of Big 6 returned from their summer leadership camp in July, they participated in a series of meetings which involved reading, taking notes on and amending the entirety of the ASB Constitution.

One of the first and most noticeable changes to the constitution is a modification to the preamble defining ASB’s purpose. The previous constitution established ASB’s purpose as, “to promote a friendly and purposeful relationship between school and community, to foster democracy and good citizenship, and to initiate action to the general advantage of the student body.”

Compare this to the new version, which says, “to promote a safe and enjoyable learning atmosphere, to foster a strong relationship between school and the community, and to initiate action to the general advantage of the student body.”

“[Big 6] thought it quite random to have excluded the presidents, secretaries and treasurers [from the Student Council] when we hear from the entire ASB at each meeting,” Houtman said. “We used this term [Student Council] to describe what we [currently] call the ‘general ASB’ consisting of the classes in ASB, cheer, Big 6 and Interhigh who are all part of ASB as a club.”

The proposed amendments to the constitution establish the Student Council as a body made up of each class’ ASB Council (including a president, vice president, treasurer, secretary and up to seven representatives), the Interhigh ASB council and cheer. A provision has not been made for ASB-recognized clubs and organizations to send non-voting members to Student Council meetings. The purpose of the Student Council remains the same, acting as an expression of student opinion in the formation of policies.

Along with changes to the Student Council, the functions and composition of the Executive Council have also been altered. The current constitution establishes the Executive Council as a special committee made of the six Big 6 officers as well as two officers from each class, cheer and Interhigh. ASB originally formed this committee to hear monetary requests not submitted in the previous year.

The Big 6 officers desired to keep the Executive Council, despite its use not being required in recent years.

The new changes also allow a wider variety of students to participate in their student government. The current constitution states all ASB officers must be full-time students of MTHS and not be involved in programs such as Running Start. With the new amendments, a student would need to be enrolled in a minimum of four classes at MTHS during the school day to qualify for elections to ASB officer positions, opening up ASB involvement to students in the Running Start program and Running Start to students already in ASB.

“Though we don’t open up the qualifications so that people with a large amount of Running Start classes may join ASB because of the time restraint and absence from being physically at the school, we loosened the restrictions a bit so that ASB members may take advantage of such a good program,” Houtman said.

The proposed amendments further alter the prerequisites for who can become a Big 6 officer by changing the official requirements for enrollment in the Leadership class.

The current constitution states all officers of Big 6 must be able to reserve their first period to deal with ASB functions and problems for their first trimester of service, while in their second and third trimesters they must be enrolled in the Leadership class first period.

The amendments to the constitution alter this requirement, simply stating all ASB officers must be able to take the Leadership class as a zero period the year they serve on ASB if they have not taken the class previously.

Changes were made throughout the constitution to fix grammar mistakes, with these mistakes being one of the main contributors to what led the Big 6 officers to seek to amend it. Big 6 Public Relations Coordinator Andy Shaw described the process the amendments went through before being proposed to the MTHS community.

“[Big 6] decided [the constitution] needed to change and had many meetings with each other to fix grammar, change how we are addressed [and] readjust what we do,” Shaw said. “After weeks of work and tuning, [Big 6] proposed this at an all of ASB meeting. We went over what we changed and we got their approval to move forward with it.”

In addition to the corrections to grammar, the usage of semester will replace the usage of trimester, as semesters are the measure of academic grading periods at MTHS. Spelling errors were also corrected throughout the constitution as it was reviewed by Big 6.

The changes were made and proposed by all of the Big 6 officers, with each member proposing changes to better the constitution and thus the organization of ASB as a whole.

“Everybody in Big 6 contributed either by adding things or defending why something should have stayed,” Shaw said. “The whole process [was] done by Big 6.”

Overall, Executive ASB believes the changes will ultimately benefit the school community, with Executive ASB hoping to provide a higher quality and more up-to-date constitution which reflects the operations of the school.

“The changes were done for all of MTHS’s students, not just ASB,” Shaw said. “I would say that students should support the changes in the Constitution because it is now more current with what we do in ASB and allows students in Running Start to participate in ASB. It now gives more opportunity to students.”

Houtman believes that while the changes are necessary to update the current constitution containing many conventional errors and outdated factors, students should hold the ultimate say over the changes.

“[Big 6] sent out our constitution and [had] a forum because even though the changes mostly affect ASB as a club, it ultimately affects the students as a whole, as ASB governs them,” Houtman said. “Also, a group of six and even the group of 50 ASB kids shouldn’t be the only deciders of changes of a constitution that encompasses all ASB-sanctioned clubs and sports. On top of that, underclassmen, who will be most affected by these amendments, should be able to voice their opinion on the matter.”

Another change specified how vacancies in ASB officer positions would be filled if no one ran for the position in the previous year, a change made as a response to the vacancy in the Treasurer position last year.

This vacancy occurred as a result of no one running for the position of Big 6 Treasurer last year, leaving the position of Treasurer vacant until ASB worked out a solution earlier this year by appointing Eugene Seubert, the previous tech manager of ASB, as Big 6 Treasurer. According to Shaw, this was the first time there was a vacancy in the Executive ASB due to no one running for a position.

The procedure will be made the same as the filling of a vacancy which occurred suddenly during the year, which involves the Executive ASB asking for applicants and then recommending two of those applicants to the Student Council, who would vote and choose which applicant to fill the vacant position. This was done to ensure there was a clear process for filling a vacant position which no one ran for in the future, as the ASB did not have a constitutional procedure to follow when appointing Seubert as Treasurer.

The duties of the Big 6 officers also face changes. The role of President was redefined, while the roles of Treasurer, Public Relations Coordinator and Historian received further duties. The roles of each position of the class councils were also clearly defined, as the current constitution does not do so.